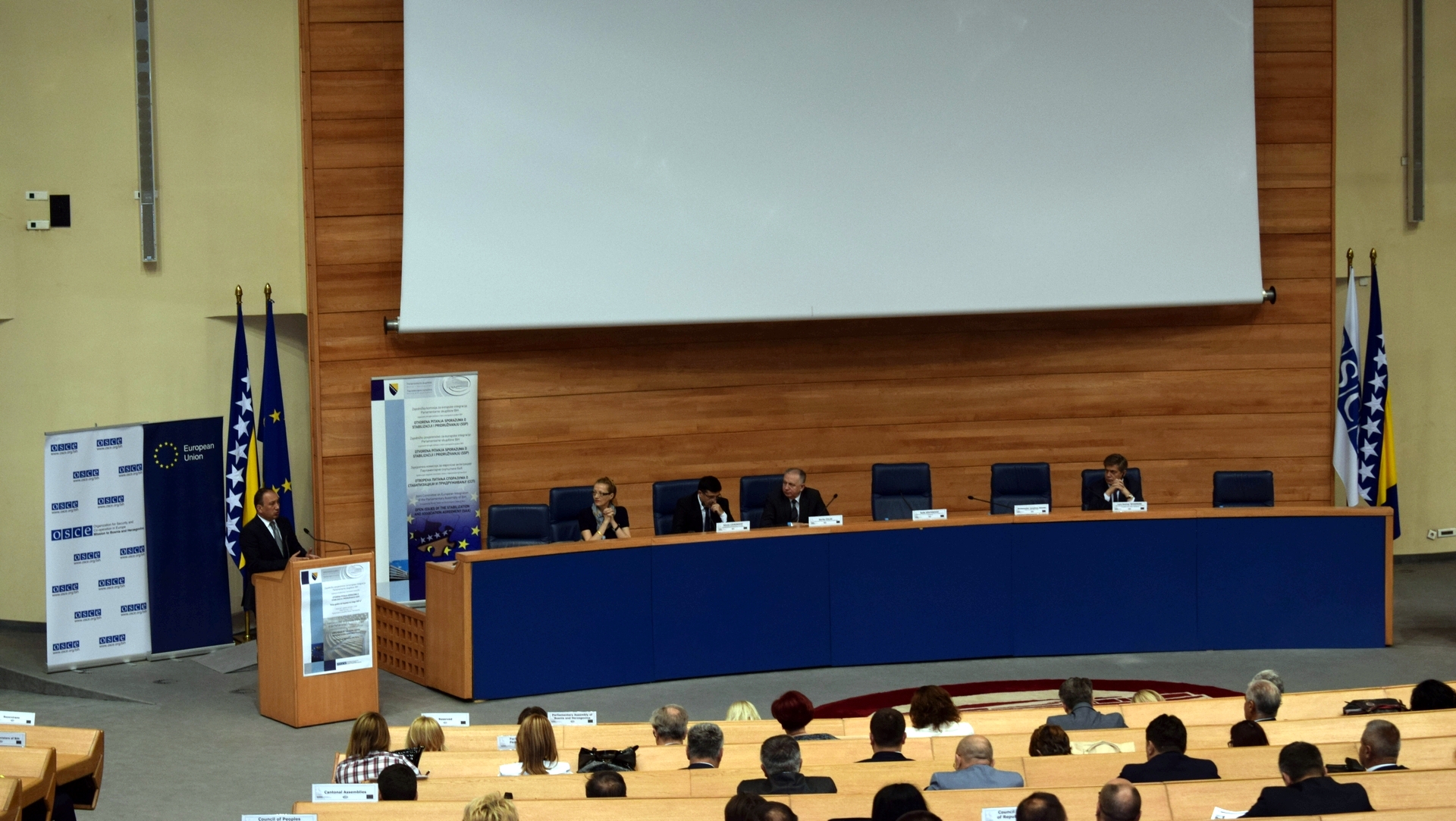 SARAJEVO – Bosnia and Herzegovina’s long-standing efforts to become a member of the European Union (EU) might result in the opening of its first accession chapters in mid-2018, if it manages to implement key reforms, participants said at a conference Wednesday in Sarajevo.

The conference, held at BiH Parliament, marked two years since the Stabilization and Association Agreement (SAA) BiH signed with the EU was put into effect.

State broadcaster BHRT reported that the discussion was about the progress of BiH on the EU path since the agreement was put to force, the role of BiH’s parliaments in the implementation of obligations deriving from the agreement, as well as its current European perspective.

Chairman of the joint committee for European integration of BiH’s Parliament, Nikola Lovrinovic, reminded that the agreement had been signed nine years ago, but the country waited until 2015 for it to be put to force. He expressed hope that the country would receive candidate status by the end of 2017, or the beginning 2018.

Jonathan Moore, head of mission of the Organization for Security and Cooperation in Europe (OSCE), said the country must fulfil conditions by implementing reforms and that “everyone, especially citizens of BiH, know that the path is very long,” but that it was the only way ahead.

President of the BiH House of Representatives, Šefik Džaferovic, said that membership in the EU as well as the Northern Atlantic Treaty Organization (NATO) were the two most important foreign political goals of BiH, and explained that by joining EU, the country would develop politically and economically.

Lars-Gunnar Wigemark, chief of EU delegation to BiH, concluded that the SAA agreement brought liberalization of trade which made the EU biggest trading partner of BiH.

Zaev to meet with Stoltenberg in Brussels