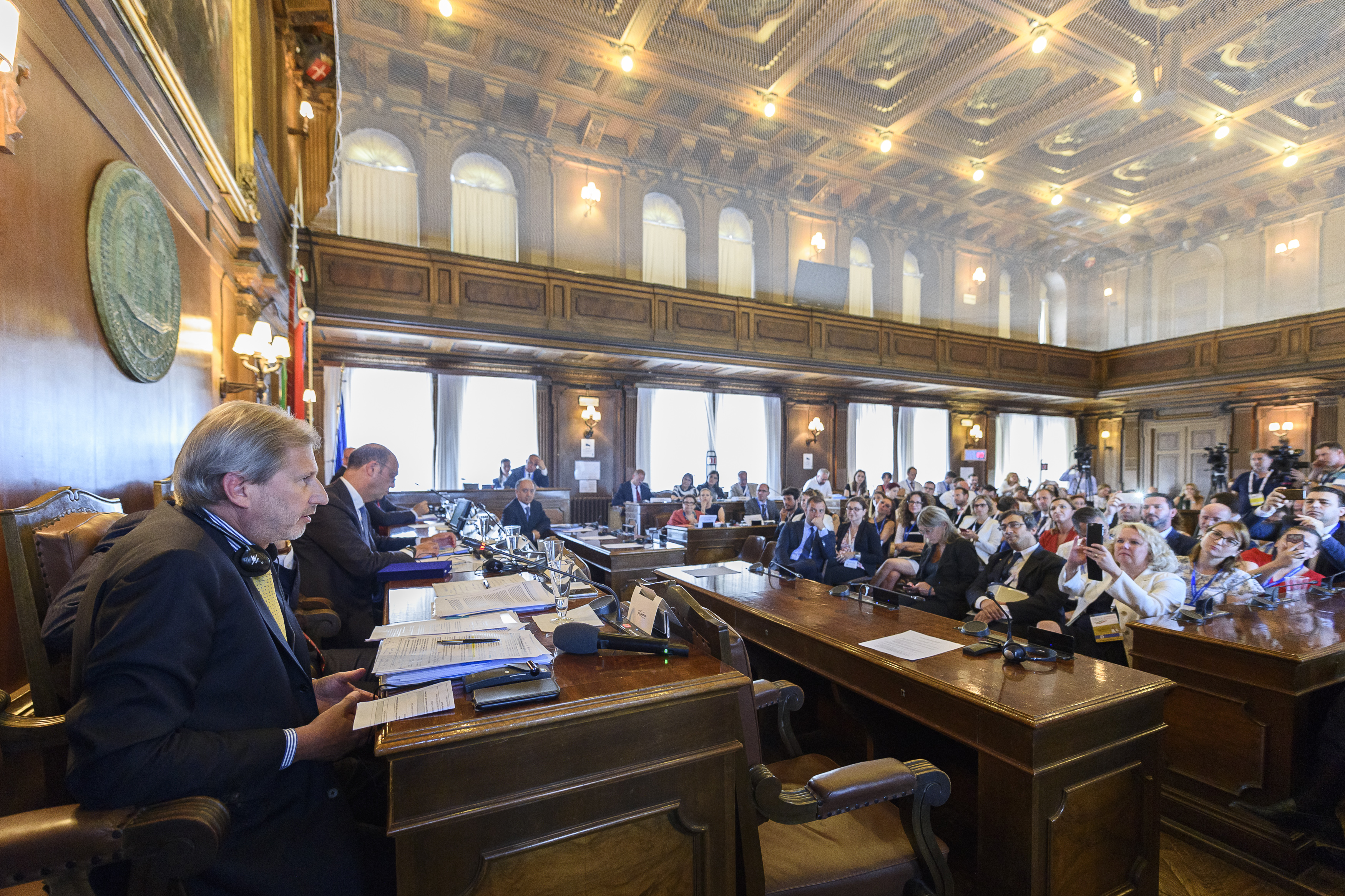 Report from the Day 2 of the Trieste Civil Society Forum on 12 July.

Policy Discussion (in the framework of the Western Balkans Summit)

As part of the Berlin Process, this meeting was the opportunity for the civil society organisations to present policy recommendations and influence the decisions to be adopted by the intergovernmental Summit of the Western Balkans and the EU countries. It was concluded that the further dialogue between the civil society and the decision-makers is necessary, as a condition for sustainable regional cooperation and “Europeanisation” of the region.

Policy recommendations on six topics were presented to the officials from the European Union and the Western Balkans – regional cooperation and bilateral relations, rule of law and fight against corruption, youth cooperation, improvement of business climate for innovative enterprises, environment and climate change, and more efficient communications of the Berlin process. It was pointed out that mobility within the region and with the EU should be increased by abolishing visa regime. Additionally, it was said that civil society should have more influence over content of the European Commission reports, better benchmarking system and increased participation in the monitoring and evaluation of the rule law. Also, the civil society representatives asked the Western Balkans officials to reaffirm their commitment to work together in the spirit of the Vienna Declaration and to abstain from misusing outstanding bilateral issues in the EU accession process.

Regarding the meeting, Hedvig Morvai, Executive Director of the European Fund for the Balkans, which coordinated the Civil Society Forum, said: “We discussed the policy recommendations with our interlocutors and achieved high level of mutual understanding”. She emphasised that Civil Society Forum will continue to instigate participation of the civil society in decision-making process in the framework of the Berlin Process in order to support the accomplishment of its ultimate goals. Commissioner Hahn supported Civil Society Forum recommendations: “I support these recommendations, but the challenge is to implement them and to establish more intensive exchange between civil society and governments.”

Participants discussed about the Berlin Process, regional affairs and European integration of the Western Balkans. The show will be aired at a later date.

Fajon: I will continue to support Western Balkans towards EU path