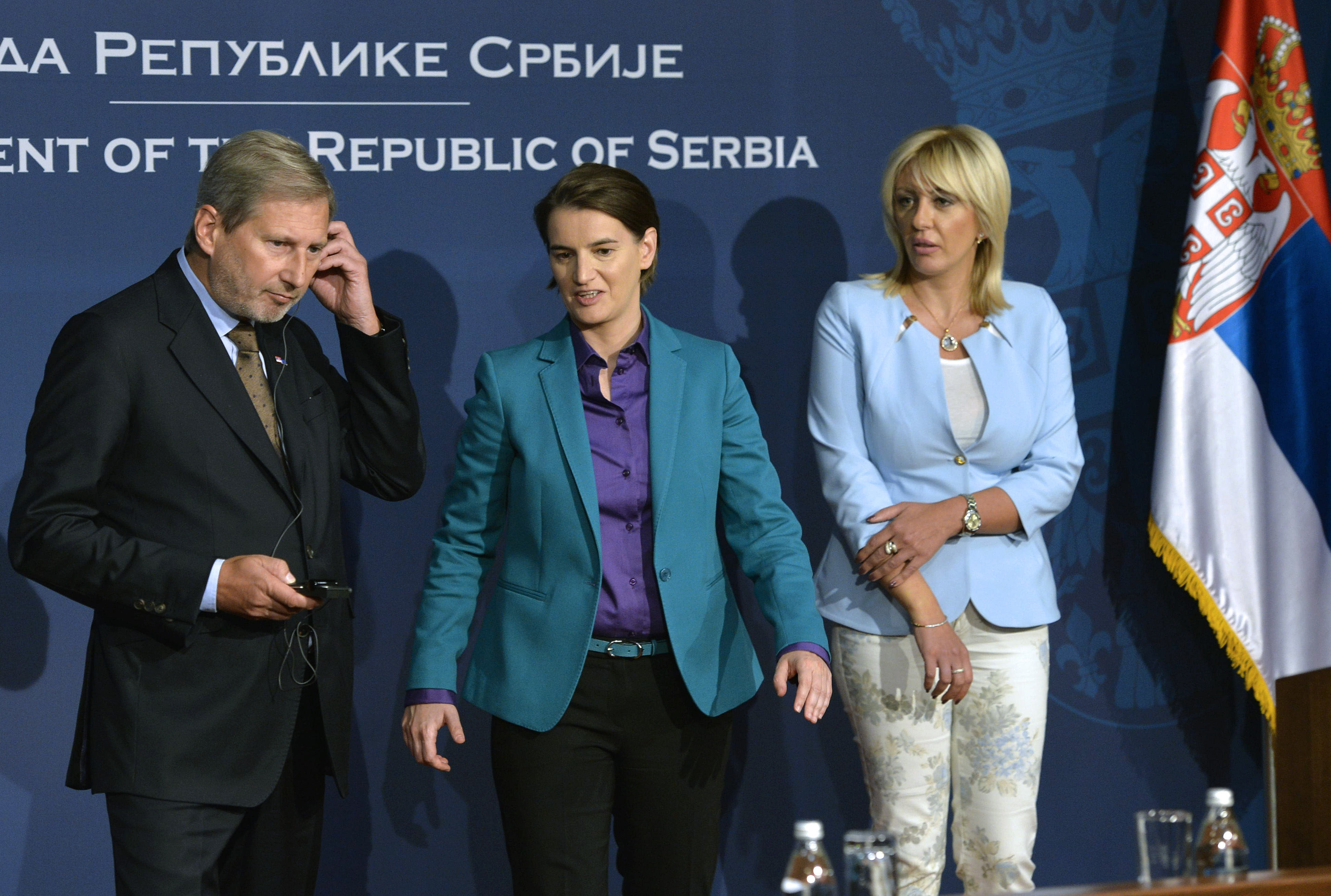 BELGRADE –  Johannes Hahn, European Commissioner for Neighborhood Policy and Enlargement, is today in a day visit to Belgrade and in this occasion, he met with the highest officials of the Republic of Serbia.

Hahn, also had a joint press conference with Serbian Prime Minister, Ana Brnabić, and pointed out that the date for the accession of Serbia to the EU is not fixed, but yesterday Juncker’s “Letter of intentions” is something that shows EU’s strong commitment to the region. On the other side, Serbian Prime Minister is answering to the question whether the announced strategy of the European Commission on Serbia’s accession to the Union by 2025 discourages, having in mind earlier announcements that this could happen by 2020, responded that “Serbia does not discourage itself so easily”.

Ivica Dačić, Serbian Prime Minister, exchanged views with EU Enlargement Commissioner Hahn on current matters in Serbia-EU relations, and they particularly discussed the reforms Serbia is undertaking as part of action plans for Chapters 23 and 24 in the accession talks, which relate to strengthening democracy and the rule of law.

Commissioner Hahn also participated in the event ‘EU-Serbia: A strategic partnership for the future’ organised by the European Convent, where he delivered in a speech that “there is no speed limit on the highway to EU membership,” but quality goes ahead of speed, and the pace and speed of Serbia’s negotiations depend on reforms, especially in the rule of law.”

Hahn: Structure of Belgrade-Priština dialogue will not change

Baerbock: Kosovo has “done its part” on visa liberalisation, no fast track for EU accession