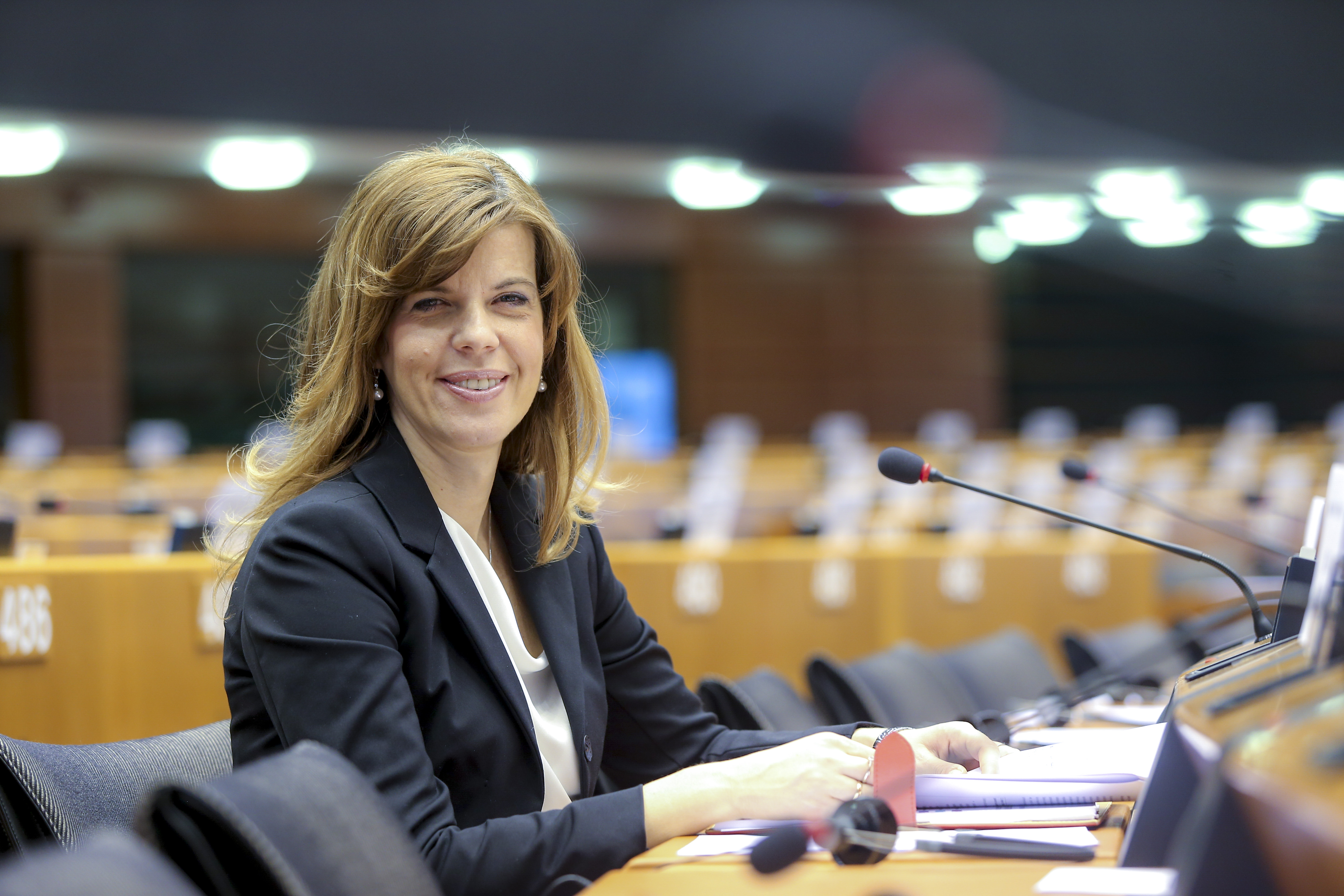 Do EU policies towards candidate countries need to change, how do European parliamentarians see the changes that have taken place in Macedonia, how to fight a differences in product quality in the EU market, are some of the questions European Western Balkans asked Biljana Borzan, Croatian Member of the European Parliament.

Borzan, Doctor of Medicine, is a member of Group of the Progressive Alliance of Socialists and Democrats in the European Parliament and member of Social Democratic Party of Croatia.

She is also a member of Committee on Environment, Public Health and Food Safety, as well as a member of Delegation for relations with Macedonia.

Biljana Borzan: In State of the Union speech, President of the European Commission Jean Claude Juncker said that the EU must offer the countries of the Western Balkans credible accession policies. His vision is the EU with more than 27 members, but he said that by the end of his term there will be no further enlargement of the Union.

If it seeks to maintain its influence and transformative role in the Western Balkans, the EU must sustain the prospect of EU enlargement alive. The crisis in Macedonia has shown what can happen when Europhilia is replaced by euro frustration. Serbia is progressing in some areas, and in some it regresses. I would particularly emphasize the freedom of the media. Bosnia and Herzegovina is in a vicious circle of entity politics from which the exit does not appear.

In conclusion, I believe that the Union will not be ready for further expansion until some internal reform processes are implemented, as there will be no wish for expansion in some member states. By that, I mean on completing the Schengen zone, effectively managing migration and reforming the Eurozone.

EWB: You are a member of the Delegation for relations with Macedonia in European Parliament, how do European parliamentarians see the changes that have taken place in this country?

BB: After many years, we can feel a certain dose of optimism in Brussels regarding Macedonia. The country had come to the brink of a conflict that would have probably overflown to the other countries of the region, and now it seems that resolving the name issue is on the right track. What a difference in just a year! The EU has done a significant job in calming down the situation, but if the European integration of Macedonia comes to a dead end again, the Union will lose its credibility. I recall that Macedonia is the first of the countries of the Western Balkans to begin its path to the EU, but in the last years of the reign of Nikola Gruevski it regained its issues such as the freedom of the media, the rule of law and democracy. The new government has a lot of work to bring the country back to the “European” path.

EWB: Recently, a research was conducted on your initiative that showed that the quality of certain products in Croatia is worse than in some western members of the EU and moreover, more expensive, how to deal with it? How much candidate countries and potential candidate countries can learn from this example, so that they do not face the same problem in the future?

BB: I am very pleased that the President of the European Commission Jean Claude Juncker put this issue into the EU’s priorities in his State of the Union speech. This is a kind of struggle between David and Goliath, therefore political support is of paramount importance. I have an information that the European Commission will come up with a proposal for a solution by the end of the month. I think it is precisely the EU membership that is necessary to solve this problem for our market. This problem lasts for decades. Often I am contacted by citizens from Bosnia and Herzegovina and Serbia with questions about whether European solutions will apply to them, but unfortunately this is not the case. Membership in the EU is a prerequisite for the implementation of EU laws and therefore a potential solution to this problem.

BB: Citizens generally react when problems occur in these areas and this is understandable. The EU is based on a common market that does not know the national borders, and it is based on the respect of common rules and the trust that the sanitary and veterinary inspections of the country from which the goods arrive have done their job. Every food scandal ruins this trust, and therefore confidence in the Union. That is why the EU already has very strong powers in the field of food safety and I am the support the idea that power in these field should be even bigger. By the end of 2019, inspections regulations will enter into force, which will further increase these powers. When the environment is concerned, we share rivers, seas, air, fields and mountains. The EU has the most advanced environmental laws in the world and has become a global leader in the field, especially after changing the attitude of USA. Some EU Member States can not do much about climate change, but the Union can do a lot.

EWB: You are also known as a gender equality advocate, do you feel that through your political career situation in this field is improving?

BB: Unfortunately, the progress is very slow. For example, in the EU, the gap between men and women’s salaries for the same work is so high that at this pace only for a hundred years the salary will be equalized. I am very proud that my initiative for the Report on Women in the Western Balkans has been accepted in the Gender Equality Committee because the situation has changed significantly since 2011 when the last one was published. Women in the Balkans face very specific problems and it takes a lot of work to put an end to discrimination, which is deeply rooted in the society.