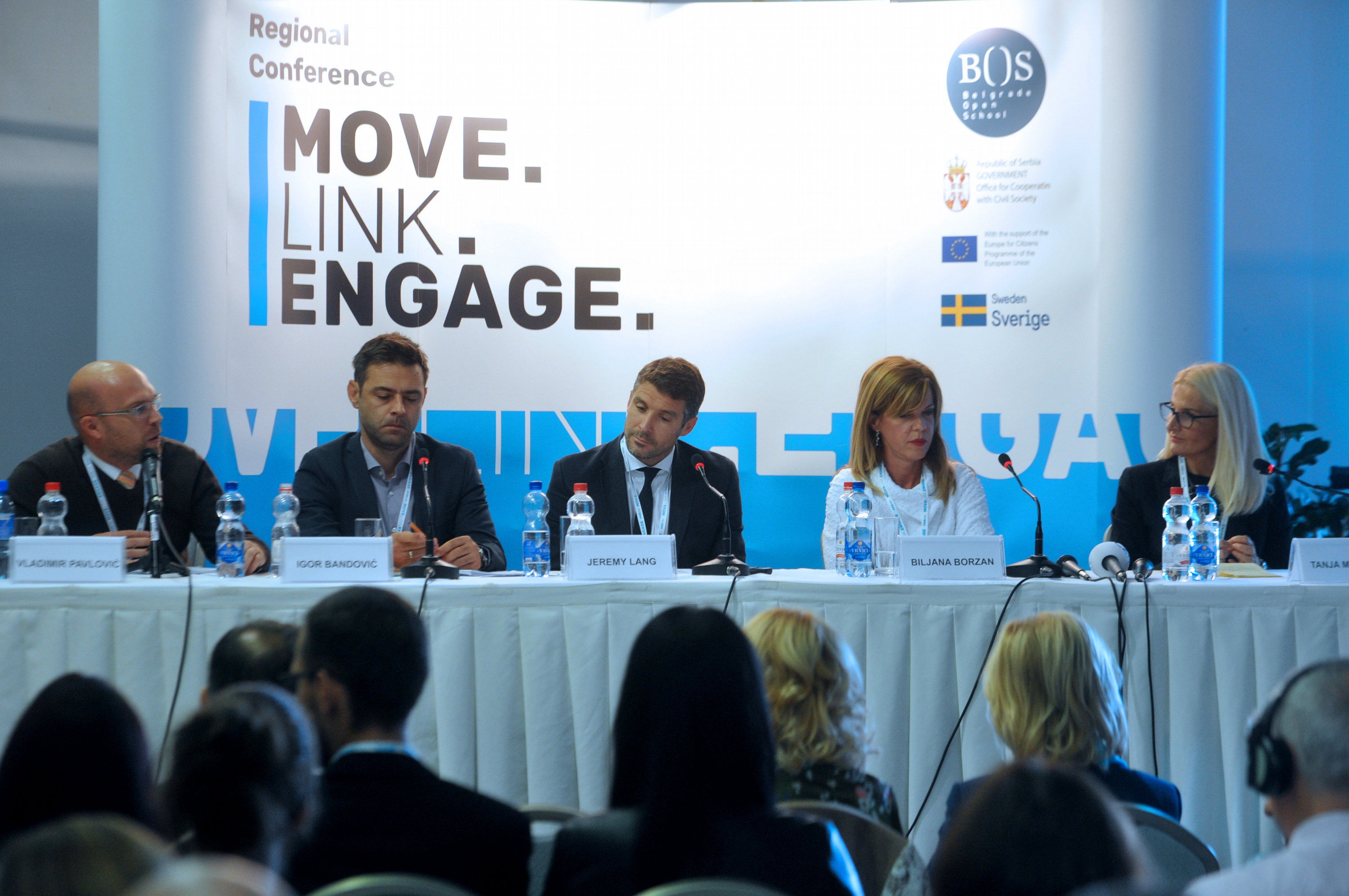 BELGRADE – All the challenges that the European Union meets are also our own, although we are not yet members of the EU club, and that’s why the entire Western Balkans should discuss possible solutions, said the director of the Belgrade Open School, Vesna Ðukić, at the opening of the conference “Move. Link. Engage. Rethinking Europe and Western Balkans”.

This conference is organised by the Belgrade Open School together with the Office for Cooperation with the Civil Society of the Republic of Serbia, and with the support of the Embassy of the Kingdom of Sweden in Belgrade.

Director of the Government Office for Cooperation with Civil Society Žarko Stepanović said that this conference is an indicator of the importance of cooperation between the civil and state sectors.

“It is convinced that this conference will show that civil society in the region has significant potential and can influence creating a common European future,” Željković pointed out.

He reminded that this conference was also supported through the “EU for Citizens Programme”.

The main panel of the conference “Western Balkans in motion: Berlin Process Aftermath” was attended by the head of Serbia’s Negotiating Team for EU membership talks Tanja Miščević and Biljana Borzan, a member of the European Parliament.

Discussing the Berlin process, Miščević pointed to the Roadmap presented by EC President Jean-Claude Juncker, which states that in February 2018, the Strategy for Serbia and Montenegro will be presented in relation to European integration, and added that it is the true argument that the Berlin Initiative is still alive.

“This is an argument for me that the Berlin Process has its own life and can help the process of European integration, but it is definitely not a substitute for EU accession,” Miščević said, calling the “separation” of Serbia and Montenegro from other states by a positive collision and recognizing that they have reached a certain level.

European parliamentarian Biljana Borzan said at the conference that Juncker repeated that there would be no enlargements by the end of the mandate, but stated that his messages were positive in the sense that the entry of the Western Balkan countries is something that is desirable and necessary.

“This in a way is a signal that the EU as a project is alive and desirable and has a perspective,” she said, adding that the entry of each country into the EU is a way to solve problems and that Croatia is from the moment it entered the EU the process of integration to entry has progressed considerably.

Also, she stressed that the Berlin Process is considered a very positive story because it returns a focus on economic and social issues, which, as points out that preconditions for resolving human rights issues.