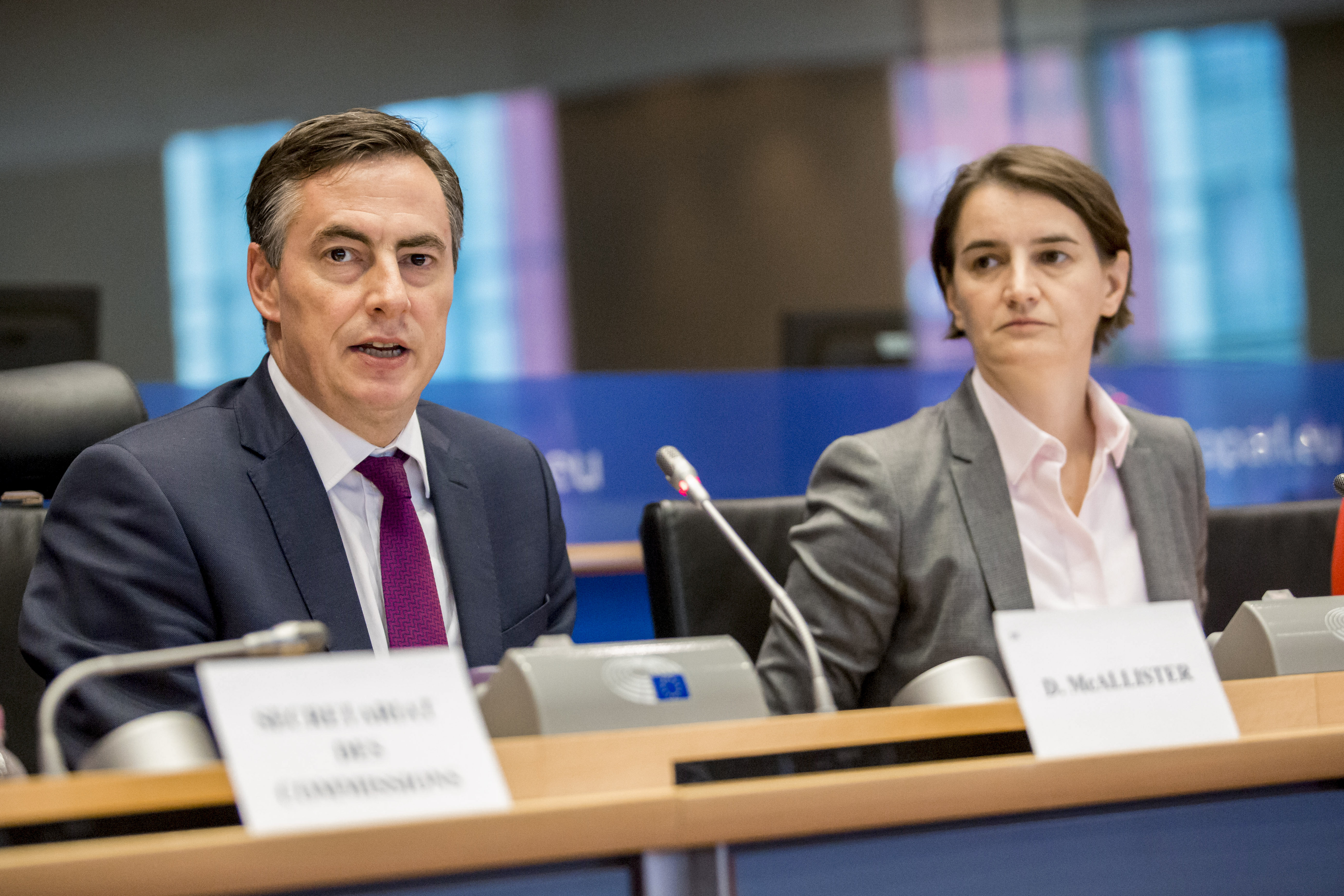 BRUSSELS – The European Parliament (EP) rapporteur for Serbia, David McAllister, on Tuesday urged EU member states to open new chapters in the accession talks with Serbia by the end of the year.

Serbia has deserved this, McAllister told reporters in Brussels after Serbian PM Ana Brnabić’s meeting with members of the EP Committee on Foreign Affairs, which he chairs.

The European path is significant for both Serbia and the EU despite the occasional problems and obstacles, he said.

Brnabić and Serbia’s European Integration Minister Jadranka Joksimović discussed with McAllister the process of Serbia’s EU accession and reforms conducted on this path, as well as strengthening of economic and political cooperation in the region.

Serbia respects international law and supports the integrity and sovereignty of Spain although some other countries have not done the same in the case of Kosovo’s illegal and unilateral declaration of independence, she said.