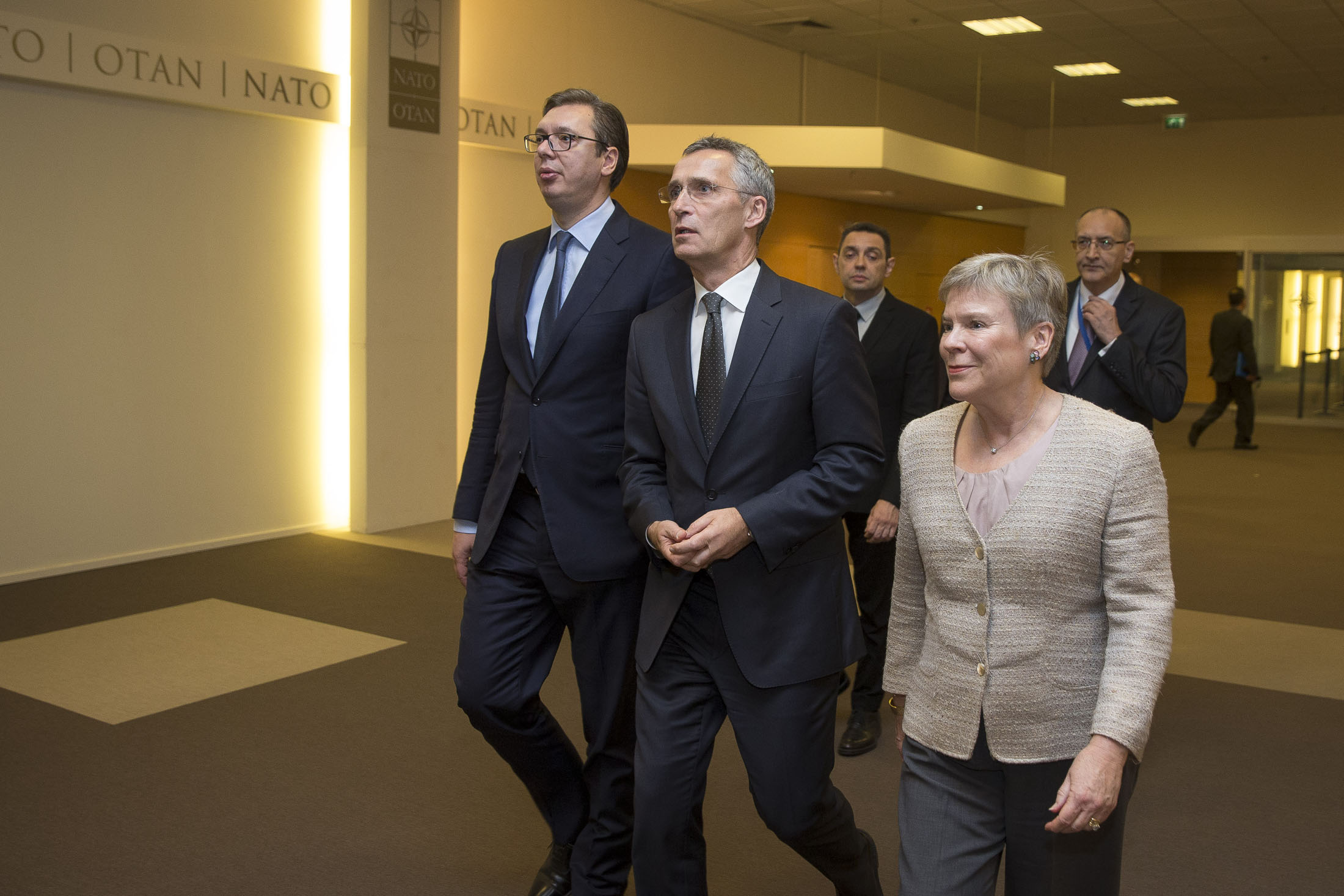 BRUSSELS – A strong and prosperous Serbia means more security and stability in the Western Balkans, and cooperation with NATO ensures greater security to Serbia and its partners in the Western military alliance, NATO Secretary-General Jens Stoltenberg said in Brussels Wednesday.

Addressing a joint press conference with Serbian President Aleksandar Vučić after their meeting at the NATO headquarters, Stoltenberg said the NATO-Serbia partnership was progressing very well.

It is great to see the partnership is strengthening in various ways, he said, adding that there was no contradiction between military neutrality and Serbia’s strong partnership with NATO.

He also reiterated that a transformation of the Kosovo security forces into an army could only be carried out in line with the constitution.

“I asked him that they not only not reduce their presence in Kosovo, but continue it on an unchanged scale,” Vučić told a joint press conference with Stoltenberg after attending a North Atlantic Council meeting at the NATO headquarters.

He said he had spoken about Serbia’s decision to be militarily neutral but continue a mutually beneficial cooperation with NATO.

“I thanked Stoltenberg and the NATO member states – and, primarily, the KFOR troops – for maintaining peace and stability in Kosovo. NATO’s role in ensuring safety and security to our people, as well as our holy sites, is of exceptional significance,” Vučić said.

Montenegro deserves to enter the EU as soon as possible