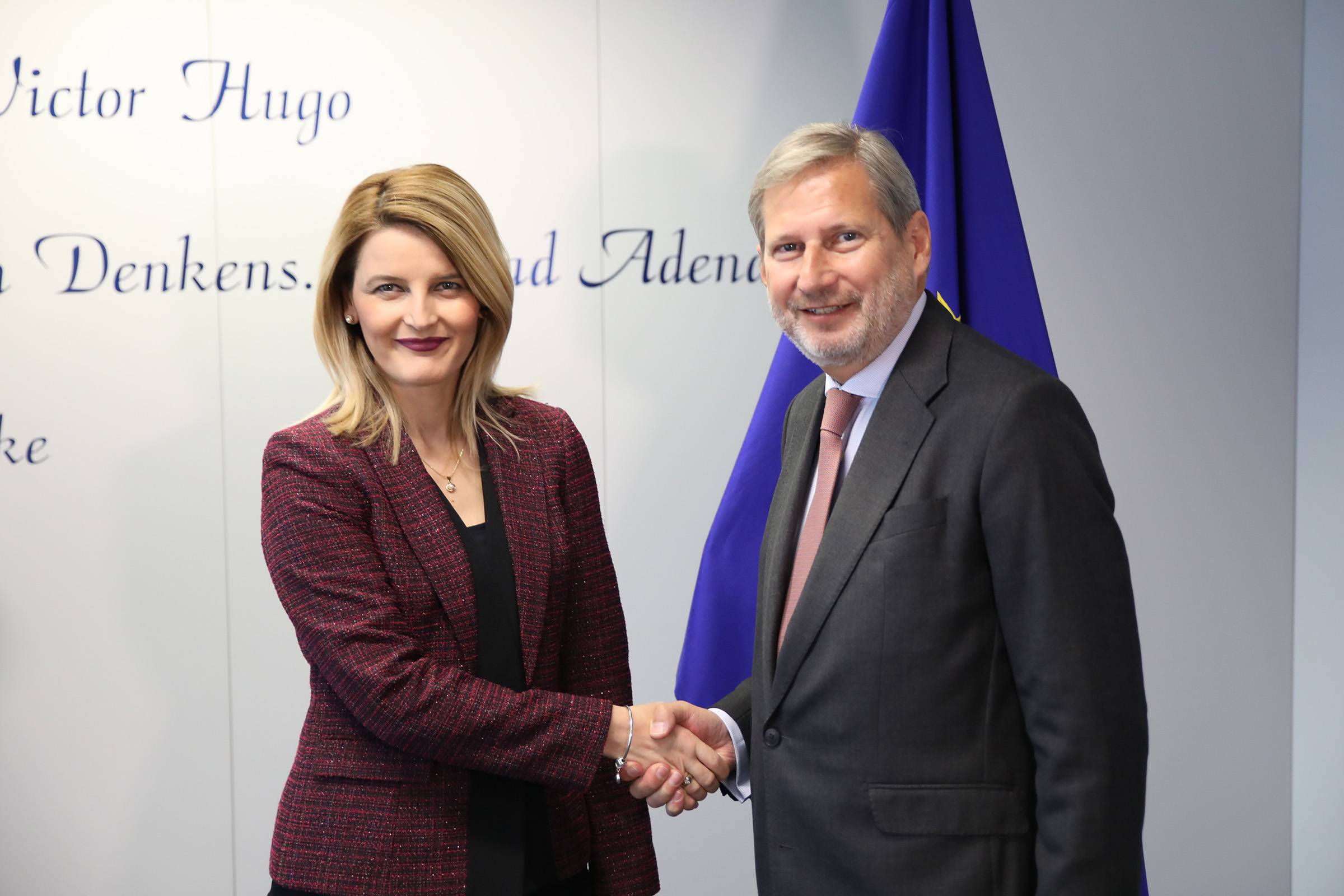 We are heading towards the end of the year, and yet there are numerous issues which have not really changed with regard to Kosovo’s path towards the EU. There is no (good) news on possible recognition of Kosovo’s independence by five remaining EU countries, the EU officials still keep repeating the same issues which have to be taken care in Kosovo, and probably the most important one, Kosovo’s citizens remain isolated and not able to travel freely to the Schengen area. A country on the verge of its 10th birthday since the declaration of independence and with less than two million inhabitants remains the “black hole” in Western Balkans, in terms of freedom of movement. Visa liberalization dialogue between Kosovo and EU has started since 2010, but practical results are yet to be achieved.

What makes the whole issue worse, Kosovo has the youngest population in Europe but the highest unemployment rate in the Balkans and whole Europe. Another interesting fact is that according to latest UNDP public opinion polls, 94% of Kosovars support the EU integration process. All these figures complete a very complicated process, driven by two main actors: the EU, which keeps playing with double-standards, and the Government of Kosovo, which is constantly failing to do its homework.

The outcome of the whole visa-liberalization soap opera: damaged EU reputation in Kosovo, Kosovo politicians travelling whenever they want to and Kosovo citizens not being able to go further than neighbouring countries!

In May 2016, European Commission proposed lifting the visa regime for Kosovo citizen, but only after Kosovo fulfil two remaining criteria: ratification of demarcation agreement with Montenegro and fight against corruption and organized crime.

This was an astonishing news at that time: the only concern was if Kosovo would be brave enough to fight corruption and organized crime. However, little did we all know, that the real problem will be the first condition, the technical one, demarcation issue with Montenegro. Even though there is an agreement signed in 2015, it never got ratified since that day.

Kosovo Government at that time failed to convince opposition parties alongside with some individual MPs from the governing coalition to vote and ratify the agreement. Teargas and other violent actions were witnessed at the Assembly, all because of the demarcation agreement.

Nevertheless, so far, even the new government is having the same difficulties in dealing with the demarcation problem. The irony of the new government coalition is that it is composed in one side, by PDK, the party which supported and still supports the agreement reached in 2015, and in the other side, by AAK and NISMA, two parties which actually were the first ones to oppose the existing agreement with Montenegro. As per current situation, even Haradinaj’s cabinet is devided on the demarcation issue. One can only imagine how the society feels.

Another step taken by Haradinaj government was the replacement of Kosovo’s State Commission on demarcation issue. Haradinaj believed that previous Commission did not do its job properly, therefore appointed a new Commission, headed by ex-MP from LDK, Shpetim Bulliqi, who despite being an MP from governing coalition, was strongly opposing this agreement on a previous government. The newly appointed Commission soon came with results of their work, confirming Haradinaj’s doubts that “the agreement is wrong and Kosovo is losing around 8000ha of land to Montenegro”.

During pre-election campaign back in June, Haradinaj promised Kosovars that if he gets elected as a PM, Kosovo will benefit from the visa-free regime with the EU within three months. More than three months later, liberalization seems still very far, and Haradinaj already admitted that this cannot be done within promised time. However, he did something in three months what ex-PM Mustafa could not do in 20 months: processed the demarcation agreement to the Kosovo Assembly.

Nevertheless, what Haradinaj sent to the Assembly is exactly the same agreement signed by Hashim Thaçi in 2015. This action has been commented differently, but at the end of the day, it mostly represents a gamble from Kosovo’s government. It will either get votes of the MPs – which seems unlikely based on current positions, or jeopardize Haradinaj’s government, or MPs will vote against the agreement and lead visa-liberalization issue towards unknown waters.

Montenegro has made it clear that demarcation with Kosovo is completed since the country ratified the 2015’s agreement. The EU, on the other hand, refuses to make any compromises with the demarcation conditionality, making it clear for Kosovo institution that this will remain a condition until it gets fulfilled.

Finally, Kosovo government is trying to move forward on the issue, but options seem quite limited at this time. A solution would be found if political parties which were opposing the agreement from the very beginning would actually vote it, for the sake of visa liberalization. But, the latest option is unlikely to happen, because it would probably have a high political cost for them, especially since all parties who opposed the demarcation agreement with Montenegro increased their popular vote in the latest parliamentary snap elections.

On EU’s note, the demarcation conditionality is also a nonsense, and unheard before Kosovo case, regarding visa liberalization.

First of all, we are not talking about EU membership, but freedom of movement at first place. Second, there are the Member States of EU, such as Croatia, Slovenia, Czech Republic and Germany who still have open issues with their neighbours regarding border demarcation. Third, none of the other Western Balkan countries was imposed to the demarcation conditionality except Kosovo. Finally, there are cases from other continents, such as Eastern Timor, that despite non-ratification of border demarcation with Australia, the country got visa-free regime for Schengen zone.

Further, strangely enough, the EU continued its visa-free regime agenda with many other countries which have the same, and even bigger problems, than Kosovo.

First, it was Moldova who got visa liberalization in 2014. In 2015, visa regime was removed with the United Arab Emirates in May, and now lately, even with Colombia and Peru. Finally, the EU has lifted visa regime to Ukraine and Georgia, despite the fact that both countries do not even have full control on their respected territories.

Most of Kosovo citizens never had the chance to travel in one of the EU countries, despite the fact that many Kosovar families have family members living in one of Schengen area countries. Even more bizarre in this regard is the ratification of the Stabilization and Association Agreement between the EU and Kosovo, where endless opportunities are given to Kosovo students, academics, artists and business people, but yet without guaranteeing the freedom of movement.

The ratification of SAA by both Kosovo and EU represents a major milestone on Kosovo’s European integration journey. However, being unable to travel freely within Schengen area, Kosovo citizens will be restricted to benefit from all the opportunities the SAA offers in the first place. In fact, the fact that Kosovo citizens are still isolated will be a massive burden on proper implementation of SAA.

There is little (or no hope at all) that 2017 will bring any positive news for Kosovo on its attempts for the visa-free regime to Schengen Area. Even if Kosovo institutions act fast and ratify the demarcation agreement, an assessment of fight against corruption is yet to be delivered by the EU. Only after all formal criteria are completed, Kosovo will be able to be considered for visa liberalization.

The EU and the Member States need to be very constructive in this regard since further delays on the process will have a huge impact on the perception of the EU among Kosovars, a nation which has always been largely pro-European.

Nimetz: Dispute may be solved by next year, but there is no new name

Marović: Number of opened chapters is not an indicator of Montenegro’s success

Hitting the EU stars: Montenegro and Serbia towards the EU accession 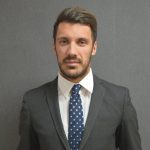