Strolling through Baščaršija, Sarajevo’s old bazaar and cultural legacy of the Ottoman Empire, on any given day, you will probably encounter more Turks than any other nationality. Last weekend was no exception to that. Yet in addition to the tourists coming from Turkey, thousands of diaspora Turks from Germany, Austria, France, the Netherlands and the Scandinavian countries were brought to Sarajevo as part of Turkish President Recep Tayyip Erdoğan’s visit organised by the newly-established Balkan branch of the Union of European Turkish Democrats (UETD). According to Turkey’s ambassador to Bosnia and Herzegovina, Haldun Koç, it was a working visit from Erdoğan’s side and not a political rally ahead of next month’s presidential elections in Turkey. Judging from statements from the crowd gathered outside Sarajevo’s Zetra Olympic Hall before the event, however, people had traveled from Vienna, Stuttgart, Brussels and Copenhagen to meet Erdoğan.

Arriving in Sarajevo on 20 May, Erdoğan was met by Bakir Izetbegović, the Bosniak member of the tripartite Presidency of Bosnia and Herzegovina and leader of the Party of Democratic Action (SDA). The ceremony began in an almost full Olympic Hall with the national anthems of the two secular states, followed by chants of ‘Allah-u Akbar’ (God is great) coming from the audience. Another round of religious chanting followed Izetbegović’s controversial statement describing Erdoğan as “a man sent from God” with a special mission. Praising the historical ties between the two countries and citing words from Hadith, Izetbegović said: “Every 100 years, God sends nations one person to return them to their religion.” While Bosnia was sent Alija Izetbegović, the first president of newly-independent Bosnia and Herzegovina and father of Izetbegović himself, the Turkish nation was sent Erdoğan. Drawing on words from the Qur’an, Izetbegović went a step further and urged the Turks to “be on the right path. You, European Turks, you should support your leader.”

While Izetbegović was glorifying Erdoğan during his speech, talking in the capital of Bosnia and Herzegovina, Erdoğan’s message was not to Bosnia, the Bosnians or the thousands of Turks (along with supporters from Bosnia, Albania, and Serbia’s Sandžak region) who gathered at the Zetra Olympic Hall. Mobilizing his diaspora from across Western Europe to Sarajevo, Erdoğan’s speech on European soil was addressed to the Turkish diaspora, but the message was to the Western European countries, who “claimed to be the cradle of democracy” yet had failed the class. Bosnia, on the other hand, had proved to be a true democracy by giving Erdoğan and the Turkish diaspora the opportunity to gather in Sarajevo.

It is important to read the meeting from both sides, as Erdoğan’s Sarajevo visit not only benefitted his own political agenda, but Izetbegović’s as well. For Ankara, the rally was a clear message to the Western European countries that have banned Turkish political rallies on their soil following Erdoğan’s campaign for last year’s controversial constitutional referendum. By gathering the Turkish diaspora in Bosnia, Erdoğan proved their loyalty to the Turkish state, his capability of mobilising them, and that he could still meet them in Europe despite negative sentiments from some countries. While this could be seen as Erdoğan’s power and the influence he has on his supporters abroad, it is a sign of weakness at the same time, as Bosnia is one of the few places in Europe where Erdoğan can gather the European Turks.

The rally furthermore revealed Erdoğan’s influence in Bosnia and Herzegovina, although this influence is largely limited to the Bosniaks given the close ties between Izetbegović and his SDA and Erdoğan’s Justice and Development Party (AKP). With the general elections coming up in Bosnia in October 2018, however, appearing with Erdoğan and having his support is important for Izetbegović, as Erdoğan’s support will provide an additional push for SDA. While Turkey is not an alternative to European integration for Bosnia and Herzegovina, however, the close ties between Izetbegović and Erdoğan might have an indirect effect on the country’s EU integration, as Izetbegović, by supporting Erdoğan in his election campaign and vice versa, whether deliberately or not, has legitimised Milorad Dodik, president of Republika Srpska, moving closer to Moscow.

With Dodik turning towards Russia and Izetbegović towards Turkey, two countries whose aims and motives in the region European leaders have expressed concerns about on several occasions, Moscow and Ankara are trying to build their influence among Bosnian Serbs and Bosniaks respectively, drawing on close cultural, historic, and religious ties. In a country that still bears deep wounds from the wars of the 1990s, having two political leaders counting on foreign powers to increase their influence domestically might contribute to intensifying interethnic disputes and have severe consequences for reconciliation, not to mention a negative impact on the country’s willingness to pass reforms critical for its EU bid.

This article was previously published on the BiEPAG Blog and can be accessed here.

Serbian EU accession on a side track 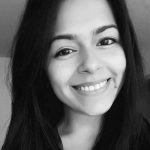 Research Assistant at the Centre for Southeast European Studies (CSEES) and a PhD candidate at the University of Graz. She is currently researching transnational migration from Turkey to Bosnia and Herzegovina and Greece, and the emergence of new diaspora formations in Sarajevo and Athens.