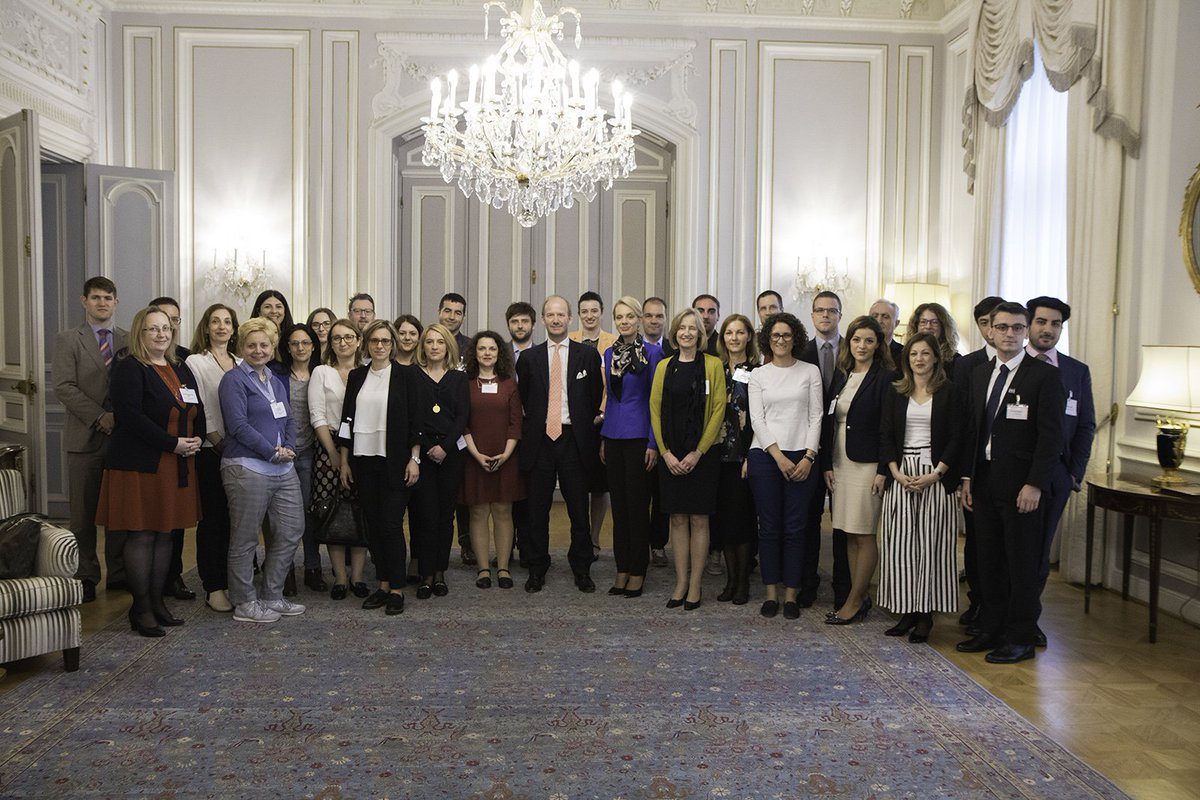 The Civil Society Forum – Preparation of the London Summit; Photo: Embassy of the UK in Austria

The participation of the civil society of the region in the Berlin Process is part of its original design. In 2014, the leaders of the Western Balkans and the EU underlined the indispensable role of citizens and their organizations in the decision-making process. It was not a formal concession to civil society, but the acceptance of the fact that it possesses expertise and research capacities for policy planning within the framework of the Berlin Process. On the other hand, this was a rational consequence of another fact – without the influence and consensus of citizens on the necessary reforms, they cannot be implemented, but only imposed. For that reason, the Civil Society Forum of the Western Balkans (CSF) was launched in 2015 as a platform that today gathers more than 250 think tanks and politically-oriented civil society organizations. It is an integral part of the Berlin Process.

And how does the CSF influence the Berlin process and the decisions that are made within it? Its first success was the initiation of the Declaration on the Regional Cooperation and Solution of Bilateral Disputes, signed by the Western Balkans prime ministers in 2015 at the Vienna summit. They thus committed themselves to working on resolving open bilateral issues and not using them to block each other’s path to the European Union. The agreement reached by Macedonia and Greece is an example of how resolving bilateral disputes is an important issue for the future of the region. Since then, the role of the CSF in the Berlin Process has become increasingly important, and the London summit is a confirmation of this.

During the London summit preparations, the CSF influenced its contents and outcomes. Its representatives took part in consultations with the hosts working to contribute to the topics that were at this year’s agenda. Based on expert input from civil society, CSF Policy Briefs and recommendations on issues of security, gender equality, economic stability and post-conflict legacy of the region had been created. This directly influences the formulation of political decisions of our countries – to depoliticize the work of the police, to ensure that men and women are equally treated in all areas of functioning of society, to improve the conditions of doing business and ultimately come to the reconciliation of our peoples.

At the London Summit, the CSF representatives took part in the Foreign Ministers’ Conference on July 9th. On that occasion, Hedvig Morvai, Executive Director of the European Fund for the Balkans (EFB), said that the inclusion of civil society in decision-making processes is one of the key conditions for the Europeanization of the Western Balkans: “This is why the EFB participates in the design and coordination of the Civil Society Forum since the Vienna Western Balkans Summit in 2015. At that meeting, on the initiative of civil society, the Western Balkan Prime Ministers signed the Declaration on Regional Cooperation and Bilateral Disputes. Since then, the CSF has built itself as an irreplaceable actor in decision making within the Berlin Process.”

Morvai emphasised that the CSF is the largest platform that gathers over 250 think-tanks and policy oriented CSOs from the Western Balkans: “Their expertise and experience are potentials that have never been sufficiently utilized to improve the political, economic and overall social climate in the region. With this platform, they have a tool to contribute to the content and outcomes of the Berlin Process, but also to become important participants in all regionally relevant policy processes.”

Ana Marjanović Rudan, coordinator of the Civil Society Forum of the Western Balkans, presented initial recommendations of the CSF regarding the future of the Berlin Process. “As it was foreseen in 2014, the first cycle of the Berlin Process ends today. The fact that it will be continued, that new countries are joining the Process, that it has launched a number of projects and initiatives confirms its attractive power and success in strengthening regional cooperation and the Europeanisation of the region”, Marjanović Rudan said.

She pointed out that the beginning of the new cycle is an opportunity to introduce certain changes. “First, the “additional progress” in rule of law, which includes dismantling state capture and securing media freedom should be included on top of the existing four process goals. That means that the Balkan officials need to have the political courage to cope with the challenges in these areas in order to stop the further backsliding of democracies in the region. Second, regional leaders must be constantly committed to resolving open bilateral issues and to advancing in the reconciliation. These are some of the major obstacles to lasting regional cooperation. Third, the Western Balkan governments and civil society should take the initiative and responsibility, meaning “ownership” over the Process. On the other hand, the EU and member states should communicate clear messages to our leaders, otherwise they are getting the message that their current (lack of) engagement is enough. Additionally, a clearer division of responsibilities, greater transparency of the Process, and an adequate system of evaluation and monitoring of the implementation of the agreements are needed in order for building a successful future of the Berlin Process”, concluded Marjanović Rudan.

To make all this possible, the CSF will continue to involve citizens in this and all other relevant regional processes. It will be contributing to the future decisions of regional leaders, participating in monitoring the results of initiated projects and initiatives, and evaluating their success in order to improve them and create them customized to the needs of the citizens. It will be a tool in the hands of people as this is the only approach ensuring the decisions are made according to their needs.

Marko Drajić is a policy researcher and consultant. He authored a book “Corporate Lobbying in the European Union”.

Vučić and Thaçi resume negotiations in Brussels on 18 July