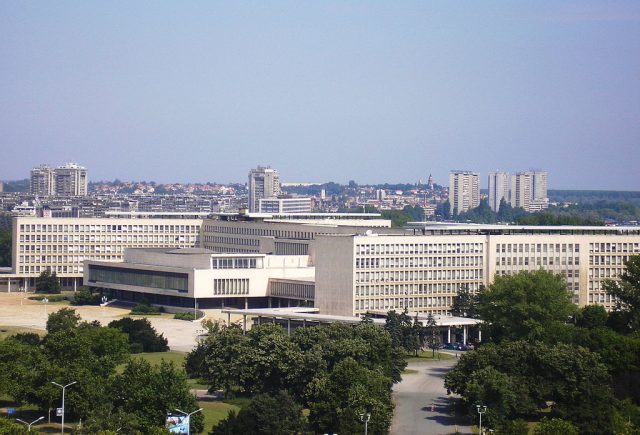 BELGRADE – After the address of Deputy Assistant Secretary General James Appathurai, panel discussions at the Belgrade NATO week’s second day continued to focus on the challenges of the Alliance, as well as its relations with the Western Balkans.

Participants of the eighth panel, titled “Main challenges of NATO, NATO member states and partners in the future, and the assessment of stability and security situation in the Western Balkans, including the achievements and opportunities of the Euro-Atlantic integrations policy” agreed that mutual cooperation is in the interest of both NATO and Western Balkan countries.

It is true that there is a certain level of suspicion of Serbia because of, among other things, exercises it conducts with Russia, said Tanja Miščević, Chief of the Negotiating team for Serbia’s EU accession negotiations. She nevertheless reminded that there the number of exercises with NATO and EU countries is eight times higher.

Additional reasons for regarding Serbia as a reliable partner include its membership in European Defense Agency, the only EU candidate country with that status, as well as training missions for civil operations. “We want to show that we share the same values”, Miščević said.

The next speaker was John Cappello, Senior Associate for Military Affairs at the Foundation for Defense of Democracies. He reflected on the information threats coming from Russia and assessed that NATO still has not completely found the right way to deal with them.

“Russian doctrine describes information warfare in detail, it is a mixture of technological and non-technological aspects. The goal is to undermine the legitimacy of governments, which makes information as dangerous of a weapon as any other”, said Cappello.

He added that, when facing these problems, NATO needs to adapt to local context – the way Russia will use information will differ in Baltic and Balkan countries.

“Membership in NATO has become a formula for security and stability in the countries of Eastern Europe. It is usually followed by European integrations, because it incentivises countries to adopt the required standards and values”, said Andrew Michta, Dean of the Faculty for International and Security Studies George C Marshall at the European Center for Security Studies.

The continuation of the NATO enlargement in the Western Balkans need to be insisted on, because it leads to stability and democratisation, he added.

Michta also reflected of NATO’s need to improve its readiness and logistics in order to deter any sort of aggression. He said that 2% of the budget expenditure for defense is not a magic number that solves each and every problem, but rather a proof of the commitment to the Alliance.

When Donald Trump became President, there were concerns about USA’s decreasing interest for Europe and its rising disengagement. Michta disagrees with that analysis.

“The focus should be on what is actually happening, and not on the rhetoric – USA still contributes greatly to the collective security”, he emphasised.

Jeffrey Gedmin, Guest Senior Associate of the Initiative for the future of Europe in the Atlantic Council said that more focus should be put on the “software” of the Alliance (credibility, leadership) than on “hardware” (2% expenditures).

If NATO countries want to have US’s support, there should be a minimal consensus on common values, especially in Germany, in which political situation is not clear at the moment and which will be most important for the relations within the Alliance, he said.

The final speaker was Ian Bond, Director for Foreign Policy in the Centre for European Reform in London. He analysed the still ongoing Brexit, saying that the reason for it was a conviction of the people that the system is working against their interest, while the EU was used as a scapegoat.

The mechanism for cooperation between United Kingdom and Europe can continue through NATO, but it would have been better if the it had remained with the countries that share most of its values, said Bond.

Miščević fully agreed with Michta with regards to the enlargement, adding that the status quo of the European integrations is in nobody’s interest, since Serbia has the possibility to “push and pull” other countries from the region through a positive competition.

“We can live with hard decisions, but not without EU’s and NATOs support”, she said.

She explained that the main role in the reform of the security sector in Serbia is played by NATO, and not the EU. The sector is adapting to the interoperability standards laid down in Individual Partnership Action Plan (IPAP).