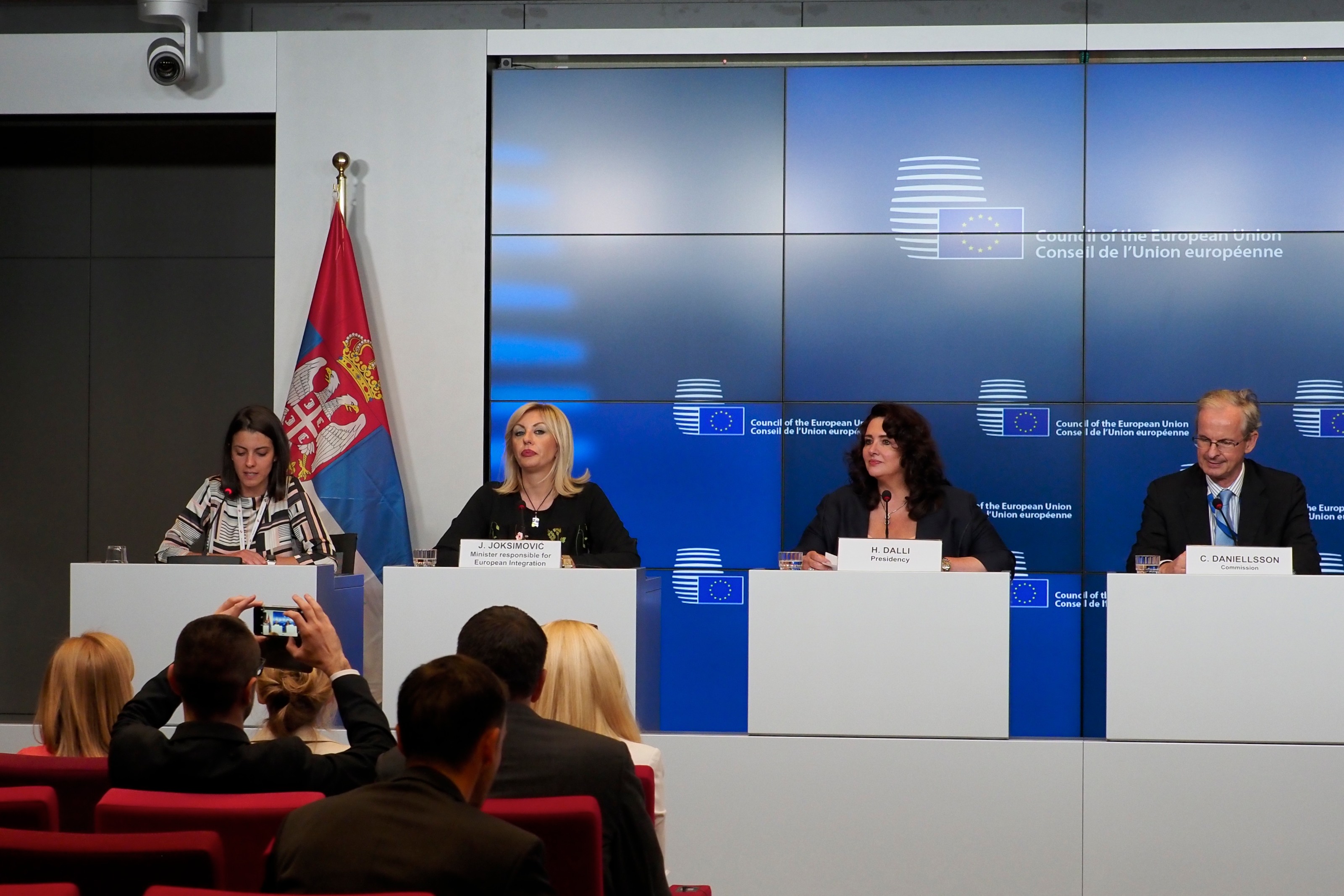 BELGRADE – According to daily Večernje novosti, Serbia might only open one new negotiating chapter by the end of June, but even that is not certain, N1 reports.

The chapter is question concerns financial services, and is only one of five Serbian officials allegedly hoped to open by the end of Romania’s Presidency. However, intergovernmental conference dedicated to the opening might not happen at all, diplomatic sources of Večernje novosti claim.

Serbia currently has 16 out of 35 chapters opened, and has never opened less than two chapters at once since December 2015, when it opened Chapters 32 and 35. In 2016 it opened four more, in 2017 six, and in 2018 additional four chapters, mostly in June and December.

On the other hand, Montenegro has opened all but one negotiating chapters (Chapter 8: Competition), and has provisionally closed three of them. However, Public Policy Researcher at the Institute Alternative from Podgorica Dina Bajramspahić recently pointed out for our portal that the last week’s European Commission Report marks the first time that no opening of new chapters was recommended for Montenegro.

Reports on both countries were noticeably more negative than the year before. Serbia was particularly criticized for the state of political criteria, while many old criticisms continue to appear in yearly evaluations of Montenegro’s reforms, writes Vijesti.

While many Serbian media put a part of the blame for the slow pace of negotiations on Croatia (the youngest EU member postponed the opening of one chapter in 2016), the reasons for a potential delay should be attributed to EU’s biggest members – France and Germany, claims the Croatian edition of Euractiv.

According to the portal, both President Macron and Chancellor Merkel believe that enlargement is not a priority. This is particularly clear when it comes to French President, who also expressed doubts about opening of negotiations with North Macedonia and Albania, which was once again recommended by the European Commission. The final decision will be made by the European Council at the end of June.