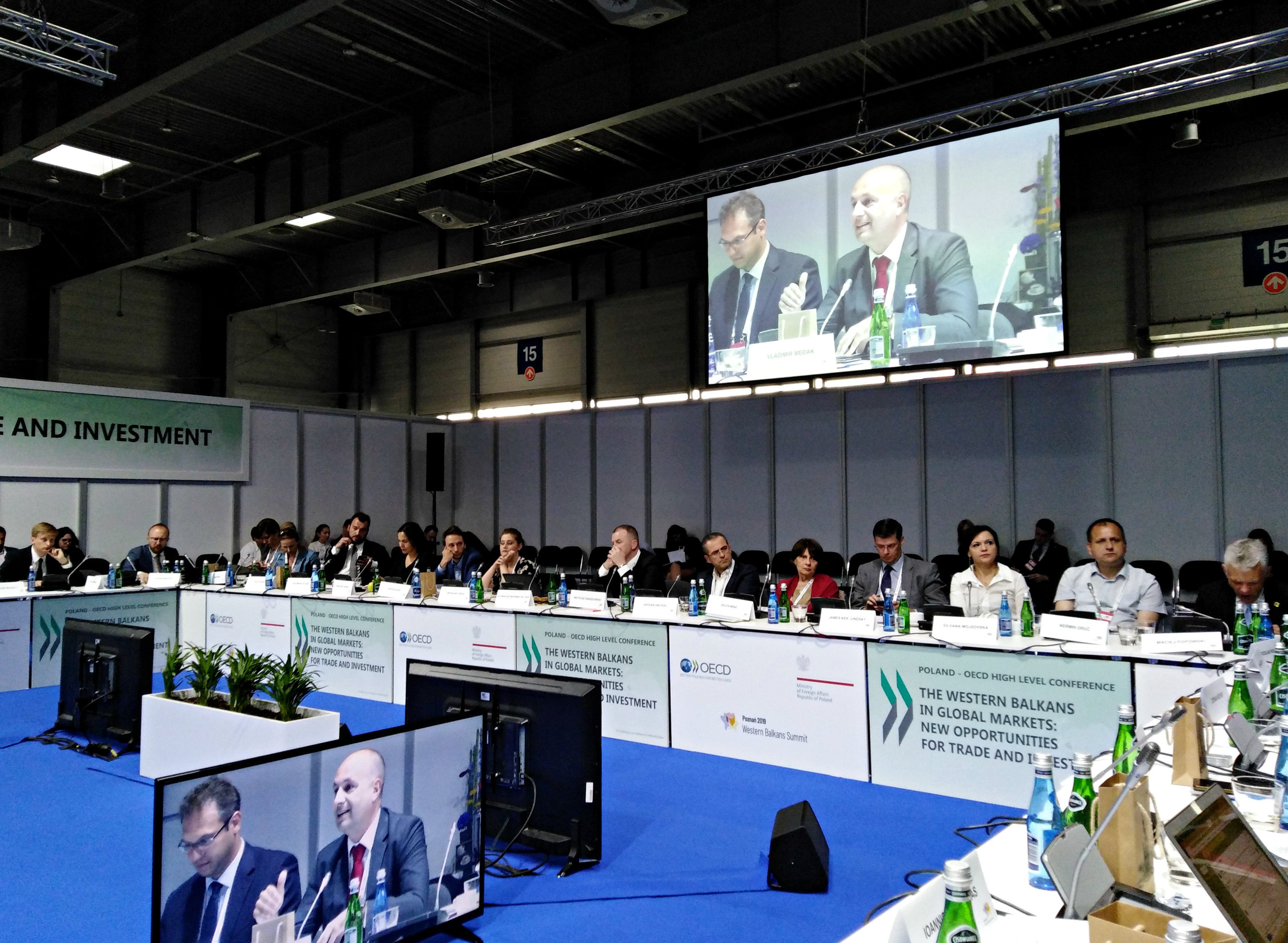 POZNAŃ – The EU should simplify and improve the accession process, every state capture must be named, and there is a need to have an open dialogue between the Western Balkan countries and the Member States, it is stated at the Think Tank Forum on the Western Balkans Summit in Poznań.

Meetings of experts in the Think Tank Forum format were initiated during the Polish presidency of the Berlin Process and this development of cooperation among expert groups served to elaborate common proposals of solutions to the crucial problems of the region.

At the discussion on a broader reflection from Balkans, experts sent out key messages on the effectiveness of the current EU policy on the region and recommendations to make the EU’s activity more effective.

One of the recommendations was directed at the negotiating procedure and its methodology.

“When it comes to improving the process, it is necessary that the EU makes easier conditionality process,” said Vladimir Međak, Vice-President of the European Movement of Serbia.

He referred to the policy brief “Twelve Proposals for EU Enlargement from the Western Balkans“ in which it is stated that the current accession negotiations are slow, overly bureaucratic and segmented.

“Over the years, the negotiating procedure has become more and more cumbersome, fragmented and, de facto, a tool to slow down and protract the process of accession,” reads the policy brief.

Međak also explained the need for improved methodology when it comes to the accession process, as it is stated in the policy brief that new instruments and a new approach must be introduced to make accession credible and to make it achievable within a reasonable period.

On the other hand, Maciej Popowski, Deputy Director-General in the Directorate-General for Neighbourhood and Enlargement Negotiations of the European Commission pointed out that there is nothing wrong with methodology.

“Methodology is quite fine, what we need is better track records of results,” said Popowski.

“Saying that the EU public opinion when it comes to enlargement is divided is an understatement. We need to pass on the message that the enlargement on the Western Balkans is a geostrategic investment and that it is good for Europe as much as it is for the region,” underlined Popowski.

That there is a need for the dialogue between the EU and the Western Balkans, explained Srđan Majstorović, Chairman of the Governing Board of the European Policy Centre and a member of Balkans in Europe Policy Advisory Group (BiEPAG).

He pointed out on the need to of the region to know what is behind the doors and what waits for the countries of the Western Balkans once they fulfil the criterion, adding that there is a need for dialogue with countries like Denmark, France and the Netherlands.

“The EU speaks very openly about the lack of knowledge about the region, and we need to find a way how to deal with that. We need to be aware of the fact that there is a lack of communication between the region and these countries,” noted Majstorović.

However, this is not the only message the EU needs to send. The experts agreed in one thing – every state capture should be named.

“The rule of law has to remain the ultimate priority when it comes to enlargement. There should be no stabilitocracy and no support for the strongmen. The EU should explicitly name those who cause state capture,” said Međak.

With his message also agreed Popowski, calling the EU to speak up on the state capture and the rule of law.

This is also one of the recommendations of the policy brief, which states that “the impression that undemocratic behaviour is tolerated for the sake of stability must be changed if the Western Balkan countries are to be transformed, truly stabilised and properly integrated into the EU.”

Aside from the difficulty with communicating this message, there is a challenge in the communication between the civil society organisations and the governments of the region.

“We are usually confronted with a question of how come there is such a vibrant civil society and think tank scene in our countries and our governments are failing miserably in different policy areas? The reason for this is a serious absence of cooperation between civil society and government,” explained Majstorović.

Aside from these challenges, the region is facing a new one – new faces of the EU. The experts believe that politicians who have been nominated for EU top jobs could bring in the new energy to the table. However, some of them do not see new changes as positive ones.

Donika Emini, Researcher of the Kosovar Centre for Security Studies and a member of BiEPAG said that Kosovo is facing a power symmetry when it comes to the EU facilitated dialogue between Belgrade and Pristina since some of the Member States have not recognised Kosovo.

“This automatically creates imbalances at the negotiating table. Now, having a Spaniard as the EU High Representative for Foreign Affairs and Security Policy, which has not recognised Kosovo, to lead this process might create a bit of negativity in Kosovo and could further strengthen this power asymmetry between Serbia and Kosovo,” said Emini.

On the other hand, the message from the EU is clear – the enlargement will be in focus of the next EU Commission.

“We are now in the transition period, but I am convinced that the Western Balkans enlargement will remain a top priority of the next European Commission, as it was and still is of the Junker’s Commission,” emphasised Popowski.

He added that the Commission was disappointed to hear the Council postponed the decision on their recommendation to start the accession negotiations with Albania and North Macedonia to October since both of the countries fulfilled the criterion.

It remains to be seen whether the new faces of the EU will have the political courage to speak up clearly about the rule of law and the state capture in the region and will the governments of the Western Balkans be willing to listen to the recommendation of the civil society organisations.