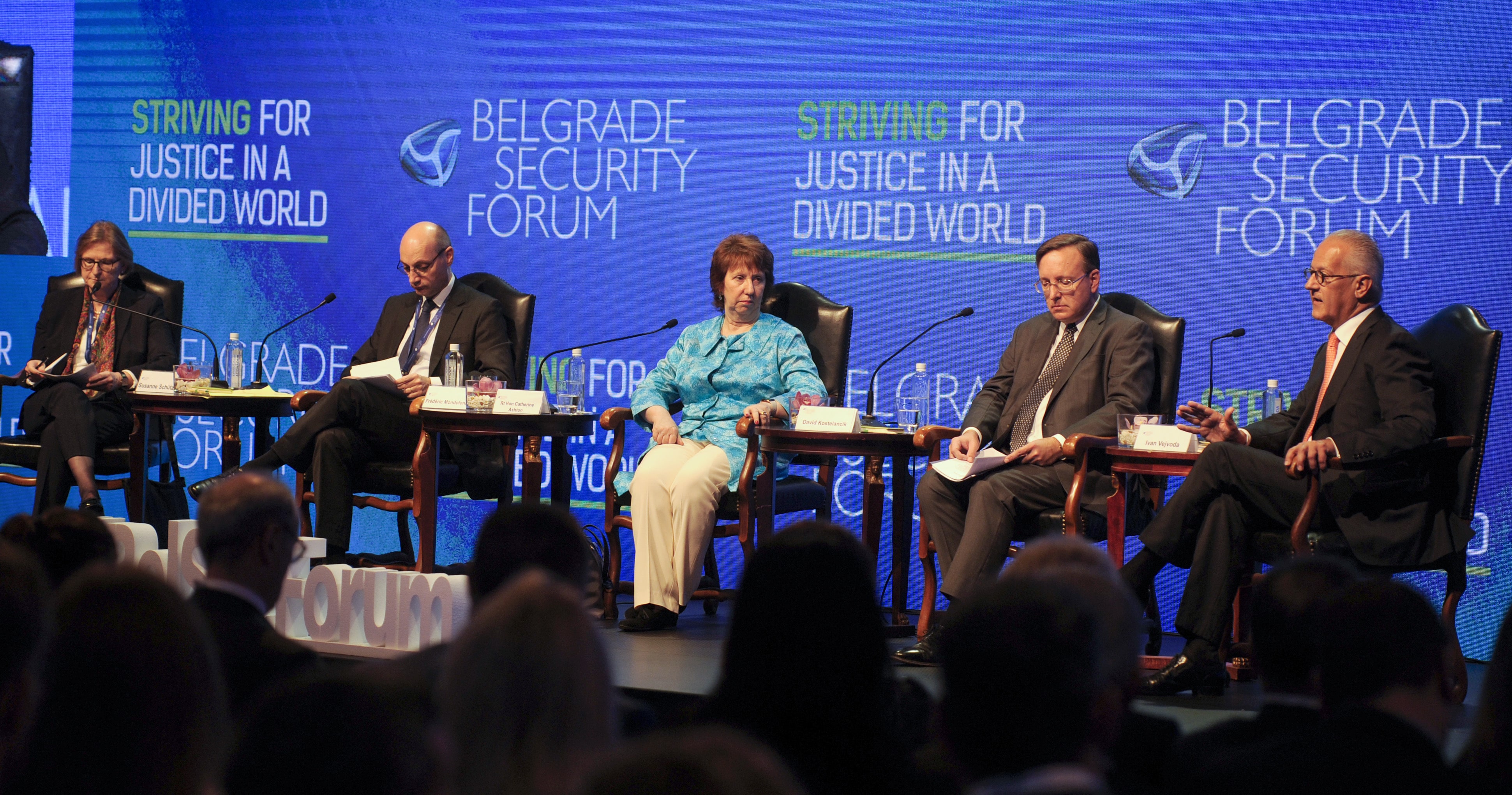 BELGRADE – Even though France wants to be more involved in the region, it is still has reservations about opening accession negotiations with North Macedonia and Albania during the European Council meeting today and tomorrow, Director for Continental Europe at the Ministry of Foreign Affairs of France Frédéric Mondoloni stated in the Grand Opening event of the Ninth Belgrade Security Forum.

Speaking on the topic of the sustainable solution for the Western Balkans, former Ambassador to Serbia Mondoloni said that there is no unity in the European Council on this issue, especially when it comes the decision on whether to de-couple the two countries, and that France is in favour of reforming the enlargement policy, since it is not delivering satisfactory results.

“This is not a French NO, it is a French YES but we want to make sure that all criteria are met and that the enlargement procedures are reformed”, he stressed.

“We are engaged, we are committed, we are not forgetting the Western Balkans, quite on the contrary”, Mondoloni said.

He also expressed his opinion that the dialogue between Belgrade and Pristina is of the vital importance to the region and stressed the readiness of France to work with the new High Representative Josep Borrell.

The issue of Serbia-Kosovo normalisation was brought up in the address of one of Borrell’s predecessors Catherine Ashton, who mediated the reaching of the First Agreement on the Principles of Normalisation of Relations in 2013.

“We were not asking Serbia to recognize Kosovo, nor Kosovo to deny itself as a country. It was never intended to be final agreement”, Ashton said.

Along this lines, she expressed hope that the two sides will find a way to reach the final agreement, despite the fact that a lot of things have changed since her tenure as the High Representative, the fact that she acknowledged.

“Those who were given the opportunity to be in a political office must use that time to make people’s lives better”, Ashton said, explaining that the representatives of Belgrade and Pristina began talking about the practical issues as soon as they agreed to meet in her office in 2012, which paved the way for the progress that followed.

The current state of the normalisation process was tackled by David Kostelancik, Office Director for the South and Eastern Europe at the US Department of State. He called this process a strategic priority of the United States and stated that it expects the new Kosovo government to abolish tariffs.

“US will always stand behind Kosovo’s independence but we have been clear that there is no future without the reconciliation with Serbia”, said Kostelancik.

On the other hand, he urged Serbia to stop with its advocacy for the withdrawal of Kosovo’s independence around the world.

“Don’t squander this opportunity. With the mutual recognition at its core, the normalisation agreement will help both countries to release their enormous potentials”, concluded Kostelancik.

He also expressed strong support of the United States to EU accession process of North Macedonia and Albania, which, according to him, have taken courageous steps in implementing reforms.

Director for South-East Europe, Turkey and EFTA States at German Federal Foreign Office Sabinne Schütz was of the similar opinion.

She said that, even though there is much more to be done, especially in the case of Albania, decision of the European Council is about sending a positive signal to the region.

“EU will never be complete without the Western Balkans”, said Schütz, adding that the Berlin Process was never planned as the supplement for the accession process.

Roundtable “Reconciliation in the Western Balkans”