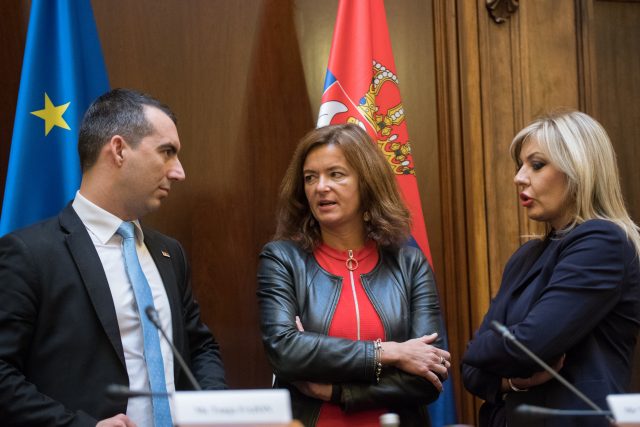 BELGRADE – Intimidation of journalist cannot take place in a country that aspires to become an EU member, stated MEP Tanja Fajon (S&D) at the eleventh meeting of Serbia-EU Stabilisation and Association Parliamentary Committee.

Fajon, who is the new Chair of the EP Delegation to EU-Serbia SAPC, reminded that the European Commission assessed that there was no progress in this field, a fact which worries her.

At the meeting that started yesterday and concluded today, Fajon also expressed hope that the members of the opposition will join the EP-mediated dialogue on electoral conditions, the second round of which is set to take during the middle of November.

Serbia must implement the electoral reform before the 2020 parliamentary election, tweeted Fajon upon her arrival in Belgrade, adding that the EU supports the accession of Serbia as the best path for the development of the country.

The Declaration and Recommendations released after the meeting reiterate the need for the government to fully implement OSCE recommendations and achieve further progress in the area of freedom of expression, and for the opposition to refrain from the boycott of parliament and elections.