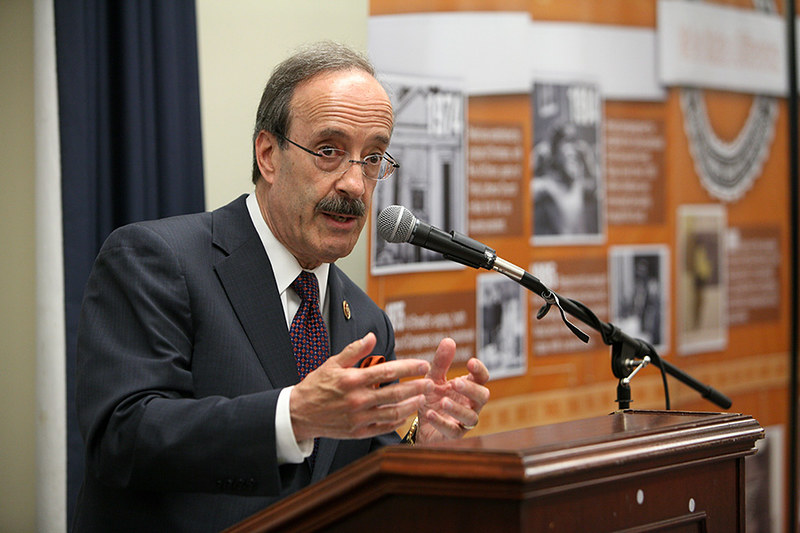 WASHINGTON – Chairman of the US House of Representatives Foreign Affairs Committee Eliot Engel urged Admiral James Foggo to be more balanced in his future statements on Serbia’s foreign and defence policy, expressing his concern over the “alarming” relations between Belgrade and Moscow.

Congressman Engel sent an open letter to Admiral Foggo following the interview of the Commander of Allied Joint Force Command in Naples for our portal in December.

In the letter, Engel disagreed with Foggo’s assessment that the relations between Serbia and NATO are improving.

“My concern stems from the omission of US about the expansion of Serbia-Russia security ties since 2012. In a Report to Congress dated 31 May 2019, the Department of Defence detailed the enhanced Serbian-Russian relationship”, Engel wrote.

He reminded that the Report assessed that the military ties with Russia, although still much lesser in scope than ties with NATO, have been expanding since the ruling Serbian Progressive Party came to power in 2012.

Engel pointed out that Serbia has held several military exercises with Russia and a military parade on the occasion of the visit of the President of Russia Vladimir Putin.

Congressmen also reminded that Serbia still has not aligned its foreign policy with the European Union and has been rejecting EU and US policy priorities. He agreed with the assessment of the former Deputy Assistant Secretary of State that “you cannot sit on two chairs at the same time”.

“I share your hope that Serbia may one day become a NATO member, but that day is not close. And its path to the European Union also remains closed unless Serbia recognizes and makes peace with Kosovo.  I, therefore, urge that in future comments about Serbia, you more carefully balance your statements so that United States concern about Belgrade’s course and its alarming relations with Moscow are accurately expressed”, Engel wrote.

During his visit to Belgrade in December 2019, Admiral Foggo assessed that both NATO and Serbia are satisfied with their current relations.

“Ultimately, it would be great to see Serbia desire to become a member of NATO. Right now, they are partners and your country is very happy with that, and that’s great”, Foggo said.