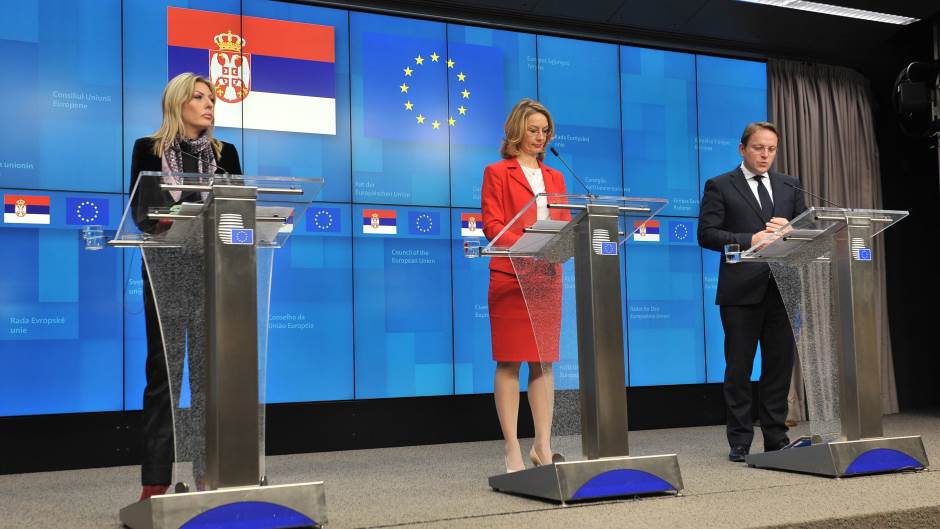 BELGRADE – Expectations about changes to European enlargement policy are not too high while Serbia, judging by statements from the Belgrade authorities, who claim that the country will remain on the European path either way.

According to EURACTIV, Serbia’s Minister of European Integration, Jadranka Joksimović, says Belgrade is deep in the negotiating process and has “a clear negotiating framework for accession talks with the EU” – it is therefore unlikely that any change of rules would affect Serbia, “whatever change to the methodology is agreed among the member states.”

“Of course, we are following the debate, giving a constructive contribution by presenting the way in which we negotiate, but we also expect that any change to the methodology should move in the direction of increasing the quality and speed of the accession process, rather than vice versa”, the Minister told the outlet.

Aleksandra Tomanić, executive director of the European Fund for the Balkans (EFB), said there are currently so many conflicting positions on enlargement in the Council that the new approach will struggle to reconcile them all. Consequently, she said, we should not expect any revolutionary changes.

“What we’ve heard at various meetings in Brussels is that we shouldn’t expect too much, that we should lower our expectations because the new methodology and the new strategy that will accompany it will have a minimal consensus”, said the EFB executive director for EURACTIV.

EU experts in Serbia also pointed out some contradicting messages.

“While France says the new methodology should apply to all the countries in the process, therefore to Serbia and Montenegro as well, (European Commissioner for Enlargement Olivér) Várhelyi  said the other day that there would be no change to the methodology for the countries already negotiating”, said Tomanić.