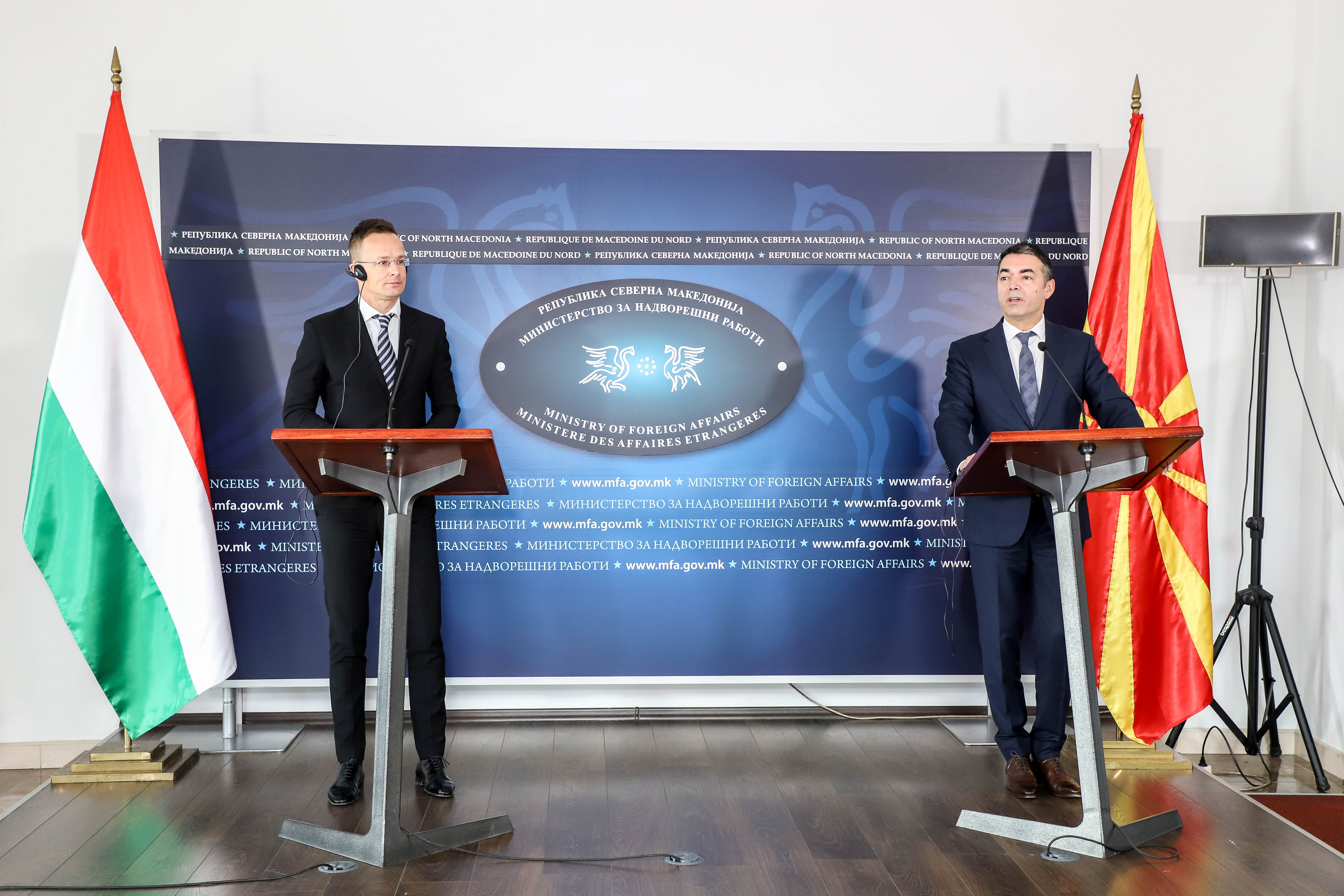 BELGRADE / SKOPJE – Foreign Minister of Hungary Péter Szijjártó has offered Hungary’s support to Serbia and North Macedonia in the fight against COVID-19 over the past week.

Earlier today, Szijjártó visited Skopje, where he met with his counterpart Nikola Dimitrov.

“Hungary donated protective healthcare equipment to North Macedonia on Monday to enable the Western Balkan country to combat the pandemic being caused by the new strain of the coronavirus as effectively as possible”, Szijjártó said in Skopje.

He congratulated North Macedonia on becoming the 30th member of NATO and on its forthcoming opening of EU accession negotiations.

Minister Dimitrov said his country appreciates today’s concrete help from Hungary in tackling the pandemic, which is, according to him, a real demonstration of European solidarity.

“Hungarian Minister of Foreign Affairs Szijjártó has arrived together with help packages consisting of masks and protective equipment. Thanks to Prime Minister Orbán and the entire government, who delivered significant assistance to our people today, which I have asked for last week”, Mickoski wrote on Twitter.

In 2019, Orbán’s Government granted asylum to former Prime Minister of North Macedonia and leader of VMRO-DPMNE Nikola Gruevski, who was sentenced to prison in his country on the charges of corruption.

Last week, Szijjártó also held a video-conference  with Serbian Minister of European Integration Jadranka Joksimović and the new Slovenian Foreign Minister Anže Logar, stressing that the countries will be maintaining unrestricted freight transport despite the fact that Serbia has introduced extraordinary measures.

He also commended the efforts of Serbian Government in stopping the spread of the virus and offered support to short-term measures taken to protect the citizens and the economy.

The ruling parties of Serbia and Slovenia, Serbian Progressive Party and Slovenian Democratic Party, as well as VMRO in North Macedonia, are either full or associate members of European People’s Party, of which Hungary’s Fidesz also a part of, although its rights were suspended last year.

Following the adoption of controversial law on emergency measures at the time of the pandemic, which has given the Government the authority to rule by decree and prescribed harsh punishments for spreading disinformation, thirteen members of EPP have asked its President Donald Tusk to trigger the procedure of Fidesz’s expulsion from the pan-European party.

According to Szijjártó, “several EU colleagues had spent the whole week happily spreading lies, distortions and pieces of fake news about the Hungarian coronavirus act”. He urged them to read the legislation first, and then comment on it.

Thirteen EU Member States released a joint statement last week, urging for the principles of rule of law and democracy not to be compromised during the COVID-19 pandemic. The statement did not mention Hungary, which joined the statement several days later, in a move described by the Professor at the University of Graz as “perfect trolling”.

Picula: Montenegro should move to the phase of closing the negotiating chapters as soon as possible