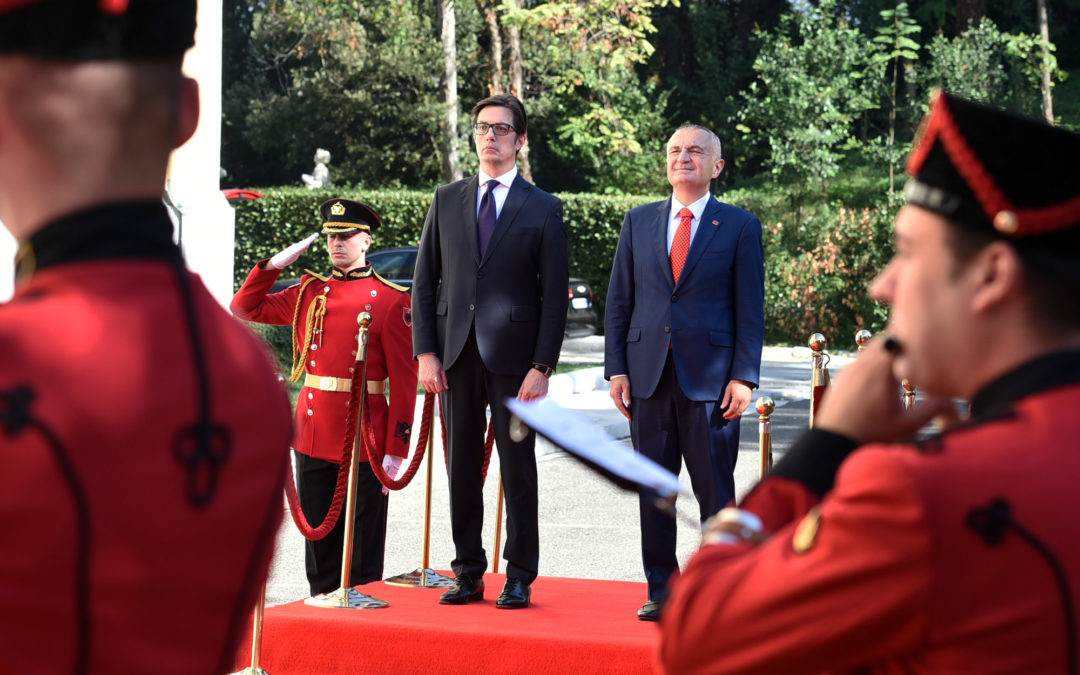 TIRANA / SKOPJE – Presidents of Albania Ilir Meta and North Macedonia Stevo Pendarovski held a phone call yesterday, in which they discussed the fight against COVID-19 pandemic in their countries and possible fields of cooperation.

The two Presidents discussed the current situation and the measures taken by both countries to cope with the difficult situation created by the COVID-19 pandemic, and praised the European Union’s assistance in overcoming it.

President Meta and President Pendarovski expressed their willingness to share experiences and coordination where necessary, in order to overcome the health and socio-economic crisis as soon as possible, in the spirit of solidarity and of the regional cooperation.

According to the press release of the Albanian Presidency, President Meta was particularly interested in the situation in the areas inhabited by Albanians in North Macedonia and expressed the satisfaction for the care shown and the measures taken by the state authorities.

During the telephone conversation, President Meta welcomed the membership of North Macedonia in NATO, assessing that this decision serves to strengthen security, stability and peace not only in our region.

“Albania and North Macedonia, as two neighboring countries, allies in NATO, and with common European and Euro-Atlantic visions, will further strengthen the cooperation and contribution to the benefit of further strengthening the collective security,” emphasized President Meta.

President Pendarovski informed his counterpart about the measures that the institutions in the country are taking in dealing with the epidemic and the assessments for the further development of the situation, the Presidency of North Macedonia reported.

Fajon and Bilčik: WB countries to ensure work of parliaments, suspension of democracy not an option