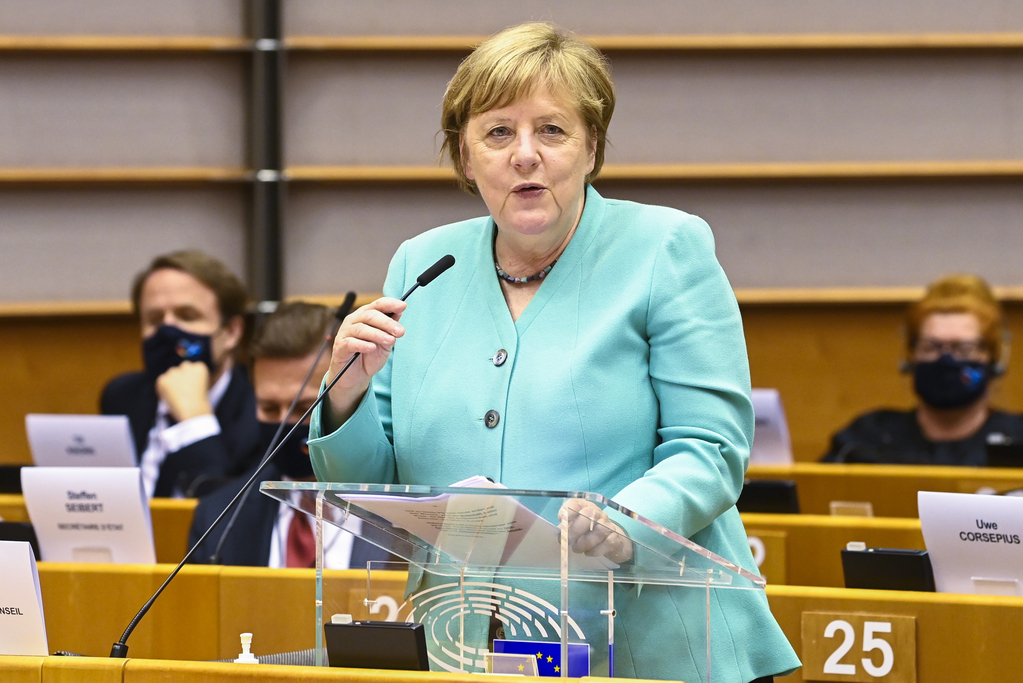 BRUSSELS – Prospect of enlargement to the Western Balkans is one of the priorities of Germany’s Council Presidency, said Chancellor Angela Merkel, who presented the program of activities of the German Presidency, during the plenary session of the European Parliament in Brussels.

She said that Berlin wants the European Bloc to open the first chapters with Albania and North Macedonia this year.

“Berlin wants the European Bloc to open the first chapters of the accession talks with Skopje and Tirana this year, as a sign of the promised membership perspective for the countries of the Western Balkans”, Merkel said to the MEPs.

She stressed that this will be possible if the countries sustain their current dynamic of reform implementation, MIA reports.

In any case, German Chancellor emphasised that the first accession conferences before the opening of the Chapters should take place this year.

North Macedonia and Albania are negotiating under the new EU accession methodology, which includes clustering of Chapters in six groups which are opened as a whole once the necessary criteria are met.

She did not mention Montenegro and Serbia, countries that are already negotiating.

Germany took over the rotating EU presidency on 1 July.