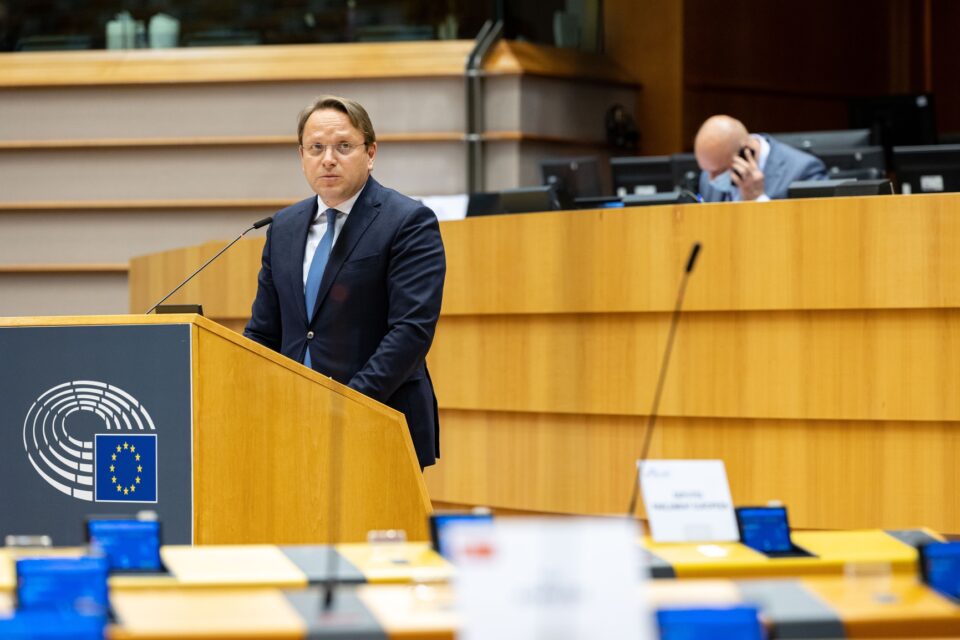 BRUSSELS – During the debate on the 2019-2020 Progress reports on Montenegro in the European Parliament yesterday, Commissioner for Enlargement Olivér Várhelyi said that, with the revised methodology, the EU now had the opportunity to bring stronger political steer to the process, so he looked forward to holding the first “political” Inter-Governmental Conference with Montenegro as early as next month.

Várhelyi said that the next milestone was meeting the Interim Benchmarks for the Rule of Law Chapters 23 and 24, before which no chapters will be closed.

“So now more results are still needed in key critical areas, such as media freedom, fight against corruption and organised crime, as well as a renewed commitment to the implementation of the judicial reform”, he said.

As regards the reform of the prosecution service, the European Commission welcomes that in the process of the revision of the Law on State Prosecution Service, Montenegro has twice requested the Venice Commission’s opinion, Commissioner said.

“We trust Montenegro will address all the remaining issues as highlighted in this opinion, both through legislation and through its implementation”, he added.

Rapporteur for Montenegro Tonino Picula assessed that the peaceful transition of power, which took place last year, has not been strengthened in a constructive dialogue and cooperation.

“Due to yesterday’s announcements that the largest opposition party will not participate in the work of the Assembly, not even in the work of the Committee for Reform of Electoral Legislation, I would like to emphasize – it is extremely important that the Assembly functions as a central place of democratic political activity in accordance with the Constitution “, said Picula, Vijesti report.

Picula also said that the EP was showing strong support to Montenegro’s EU accession process, also wanting to encourage the country to continue delivering on its EU reform agenda

Chair of the European Parliament Delegation to EU-Montenegro SAPC Vladimir Bilčik stated that he was pleased to establish good channels of communication with PM Krivokapić and Speaker of Parliament Aleksa Bečić.

“Montenegro is at a crossroads. It has opened all negotiating chapters, closed three. But as a frontrunner of the EU accession process, the country has been standing still for long months, and some actions by the new governing majority are raising important questions about Montenegro’s geopolitical orientation”, he said.

Bilčik assessed that the adoption of the Laws on Prosecution left unfortunate space for the politicization of Montenegro’s justice, stating that the country should follow all recommendations of the Venice Commission and European Institutions.

Plenković: I will have a meeting with Cerar in September in Zagreb