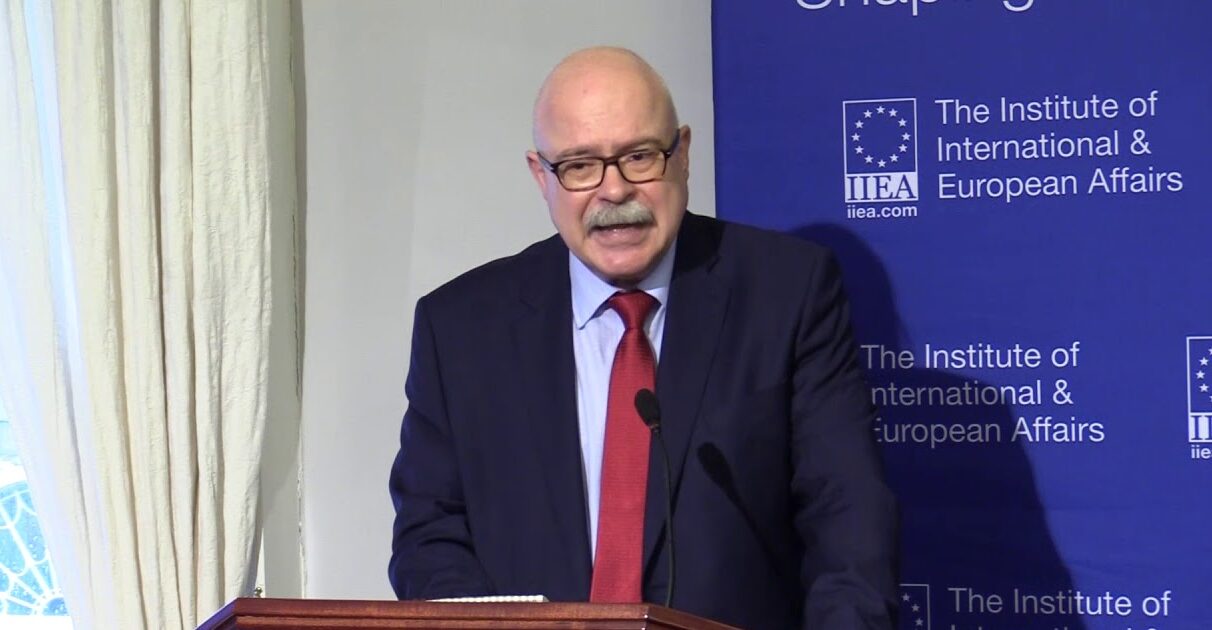 During Vladimir Putin’s visit to Belgrade in early 2019, there was an impression that Russia was undisputedly the most present and the most significant non-Western actor in the Balkans. Since then, however, even the relations with its closest ally in the region, Serbia, have occasionally been tense, the presence of China has become much more visible, and Moscow has not found many new channels of influence in the Balkans.

Our interlocutor, Dr Dmitri Trenin, Director of the Carnegie Moscow Centre, describes Russia’s influence in the Balkans as limited and believes that the region is permanently in the state of gravitating towards the West. We interviewed Dr Trenin on the occasion of the Conference on the Black Sea and the Balkans, organised by NATO Defence College Foundation, where he was one of the speakers.

European Western Balkans: You have recently analyzed Russia’s new National Security Strategy, which you described as “a manifesto for a different era, defined by the increasingly intense confrontation with the United States and its allies; a return to traditional Russian values”. Do you see any implications of this document for Russia’s future policy in the Balkans?

Dmitri Trenin: No, not really. The salient feature of the new NSS is that it focuses on Russia itself and on the global issues such as climate change, public health, and energy transition. My view is that the Balkans are mostly on the backburner of Russia’s foreign and security policy.

EWB: Do you agree with the assessment of the document that the hegemony of the West is in decline? If this is the case, where do you see the place of the Balkans in the changing great power dynamic?

DT: The hegemony defined as unchallenged political, economic, military, cultural and ideological dominance of the United States in the immediate post-Cold War period, is over. This does not mean, however, that the United States is about to lose its central position, even primacy in the world. The Balkans, in my view, are going to be associated more closely with the EU and NATO, without however joining either bloc in the foreseeable future (except for those who have already joined).

EWB:  Russia appears to be strongly opposed to NATO membership of Western Balkan countries. Why is this the case? Is this a threat to Russia, or more of a matter of damaging NATO’s own plans in Europe?

DT: I don’t think that Western Balkans membership in NATO matters for Russia’s national security. Moscow opposes NATO’s enlargement in principle. Also, since Russia has been in confrontation with NATO over the past several years, it has no interest in NATO’s expansion anywhere.

EWB: Russia used to be supportive of Western Balkan countries’ EU membership, seeing it as a way of having friendly states inside the Union. Did the Crimean crisis and the resulting EU-Russia deterioration completely change Russia’s interests in this regard?

DT: Russia’s attitude toward the EU has hardened much since 2014. Moscow is in a political confrontation with Brussels. The Russian leadership pursues relations with various European countries on a bilateral basis, so this confrontation does not necessarily refer to even the majority of EU member states. Yet, Russians have come to believe recently that discipline within the EU is strict, and traditional Russian friends have little leverage within the Union vis-à-vis those who take an adversarial position toward Moscow.

EWB: Does Russia’s influence in the Balkans, in your view, currently go much beyond its role in the Kosovo-Serbia dispute and partially the status of Bosnia and Herzegovina? What are its current goals?

DT: Any political influence that Russia still wields in the Western Balkans is very limited. In Serbia and Respublika Srpska large parts of the population are culturally close to Russians, and see Russia as a friend. Politicians have to take this into account: they visit Moscow, invite Russian officials to come, and make friendly statements and gestures. Yet, even those countries gravitate to the EU/NATO.

EWB: How do you assess Russia’s presence in the Balkans compared to other non-Western actors – China, Turkey, etc.? Several years ago, Russia was considered the greatest challenger to the West in the region, do you think that this is still the case?

DT: I do not think that Russia is pursuing an active policy in the Western Balkans. Moscow’s strategic decision was taken in 2003 when it decided to withdraw from KFOR and pulled its peacekeepers out. There are still strong cultural ties to some countries, some business interests, but the Balkans are not a prime battlefield in the Russia-West confrontation.

EWB: We have recently seen different approaches towards Russia by various EU Member States (Germany and France on the one side, eastern members on the other). You have written about “neighborliness” as a form of future EU-Russia relations. What would this entail in practice, and do you think that it can be achieved? What would then happen to NATO-Russia relations?

DT: Neighborliness is a very simple concept. It comes from the recognition of two obvious realities: geographical closeness of the EU and Russia, and their differences in a number of important ways, such as political values. As neighbors, the EU and Russia need to deal with many issues that are common to them, from climate change and broader environmental concerns to pandemics; as very different political entities, they need to manage their differences in the realm of military security, geopolitics, and the like. Thus, cooperating on things that bring the two together and managing the issues that set them apart is the heart of the neighborliness idea.

[EWB Interview] Palmer: Serbia and Kosovo should be given space to reach best possible agreement

[EWB Interview] Von Cramon: We need to convince the EPP that their behaviour towards Vučić is harming the EU’s credibility