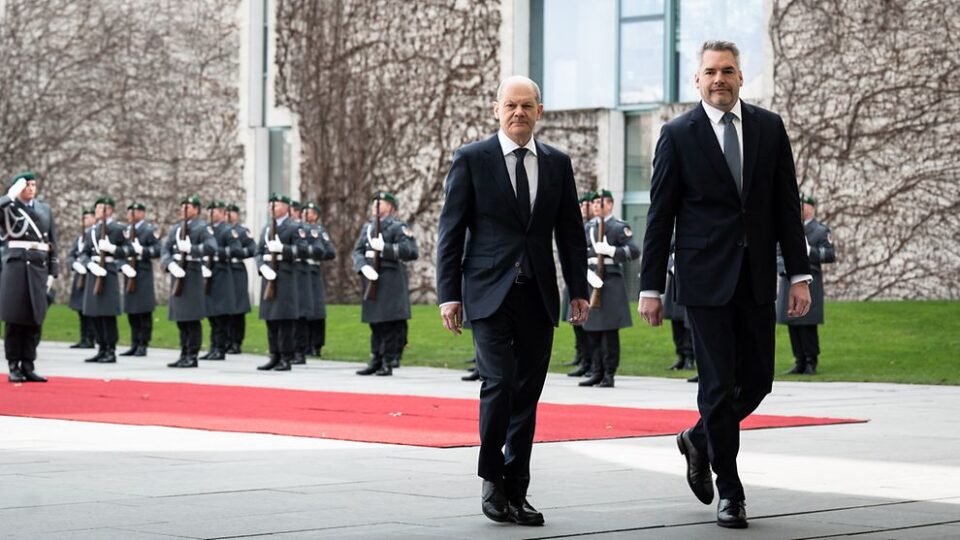 BERLIN – Chancellors of Germany and Austria, Olaf Scholz and Karl Nehammer, have emphasized their commitment to the rapid advancement in connecting the Western Balkans with the EU. Otherwise, the region could become an easy target for the Russian and Chinese zone of influence.

Albania, North Macedonia, Montenegro, and Serbia have candidate status, but Bosnia and Herzegovina, and Kosovo as “potential candidates” are further away from EU accession.

Talks with North Macedonia and Albania should have started long ago, but that has failed multiple times because of the few countries’ resistance. They didn’t want to specify which countries showed reluctance.

Austrian Chancellor has said that now, given the war in Ukraine, it is very important to persuade the eurosceptics. He also underlined that Austria has a long and common history with the Western Balkans countries.

“Not only do we need to discuss possible European perspectives, but we also need to do something”, Nehammer said.

Scholz pointed out that continued institutional reforms are needed in the EU if we seek to expand. If that fails, the Western Balkans will be prone to the influence of others, especially Russia and China.

“That is why it is important for us, due to geostrategic interests, to actually change the speed here, get moving and give people in these countries perspective”, Nehammer added. Nehammer concluded that a clear commitment that the Western Balkans belongs to Europe must be implemented in practice.

FES: Reopening accompanied by spike in COVID-19 cases in WB, no support for new lockdowns