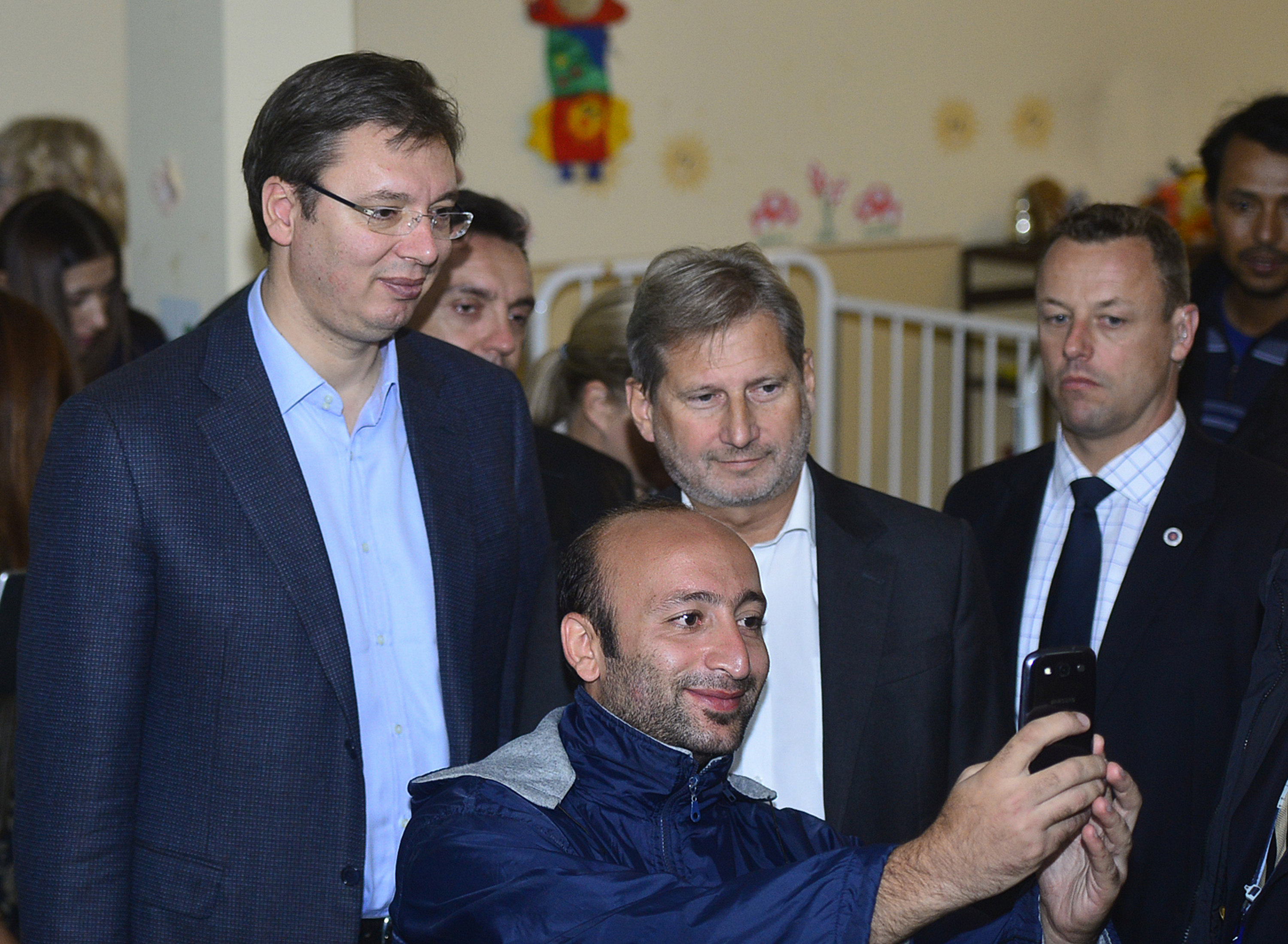 Vučić and Hahn in Šid
ŠID – Commissioner for European Neighborhood Policy and Enlargement Negotiations Johannes Hahn and Serbian Prime Minister Aleksandar Vucic visited on Friday the Refugee Aid Center in Sid, northwestern Serbia.
Hahn expressed his gratitude to the government of Serbia for everything that it had done for the refugees, stressing that the country was not alone in addressing the issue. No country can be left to solve the refugee problem alone, the commissioner stressed. This problem can only be solved if we all work together in the spirit of solidarity and sharing the burden, he added. Hahn underlined that the EU would certainly provide the financial and political support to Serbia. You are not alone, you are Europeans and we should work together. We should not be raising new borders, stressed Hahn, noting that new borders and walls are not what the functioning of Europe is based on.
He pointed out that the heads of state and governments reached an agreement on Thursday regarding a further course of action, strengthening the EU’s external borders and establishing hot spots for the registration of migrants. Hahn noted that it was his obligation as a European commissioner to provide assistance to countries like Serbia, stressing that no country should bear the burden alone and be the victim of the refugee crisis simply because it is a transit country. All sides are obligated to help the refugees and treat them humanely, said Hahn, adding that he will meet with the officials in Turkey and other countries to discuss further actions, considering that winter is coming.
previous post

Davenport: Borders should be open