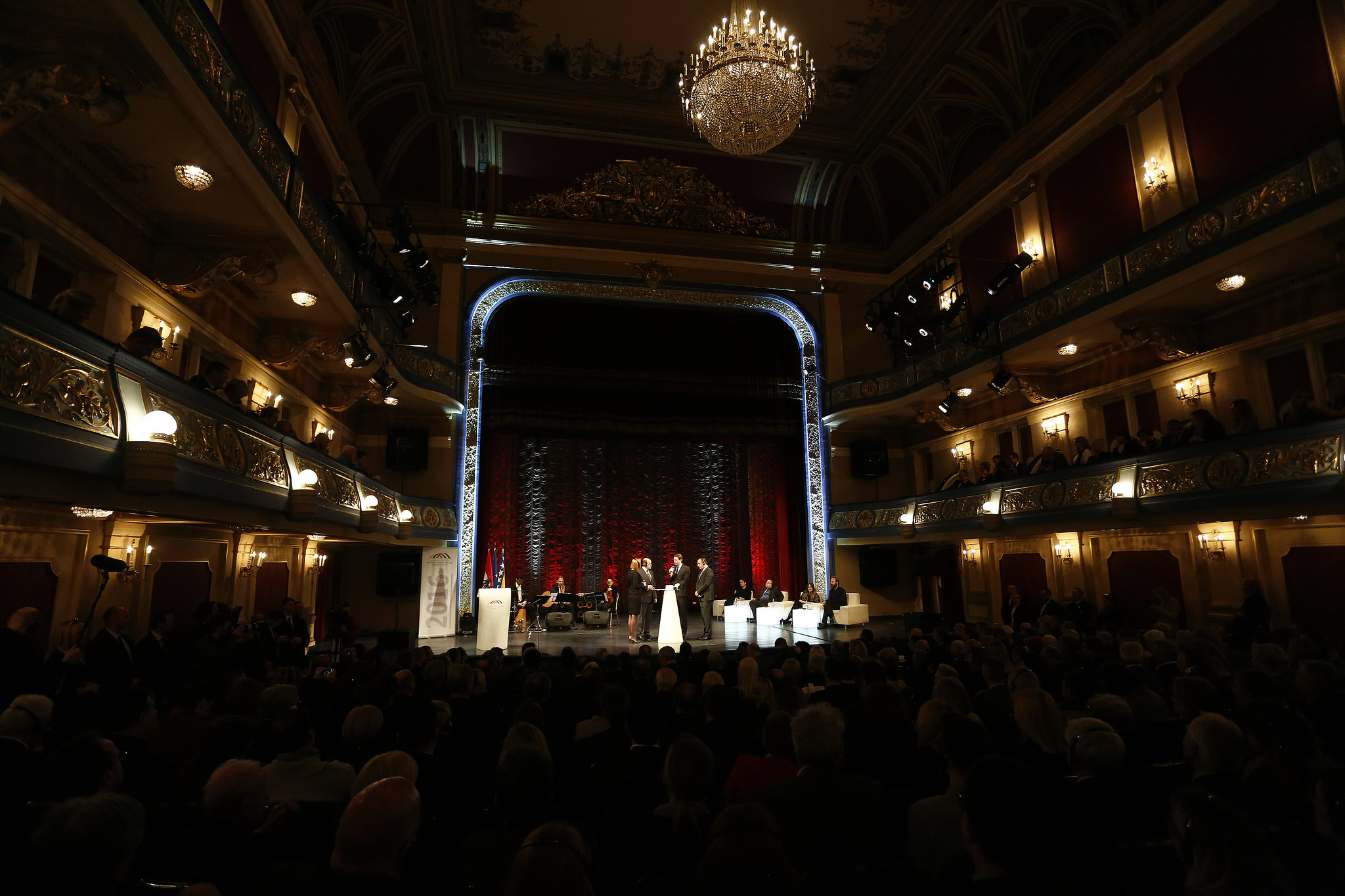 SARAJEVO – “Austria and Bosnia-Herzegovina are united by a bond of long-standing partnership and friendship. Now we have to seize the opportunity of getting to know each other even better“, Foreign Minister Sebastian Kurz stated during his visit to Sarajevo. In the context of the ‘Cultural Year Austria – Bosnia and Herzegovina’, Austria is placing a special focus on this country in 2016. Together with his counterpart Igor Crnadak, Foreign Minister Sebastian Kurz opened the inaugural event for the ‘Cultural Year Austria – Bosnia and Herzegovina’ at the National Theatre in Sarajevo. At this official opening the Austrian band Square Waltz played. The trio’s musical range spans jazz, classical music and diverse variants of world music.

Under the Cultural Year, a total of some 50 projects will be implemented, the majority in Bosnia and Herzegovina. In implementing these projects, which involve music, literature, film, fine arts, presentations and conferences, the Austrian Embassy in Sarajevo will cooperate with partners from and across the whole territory of Bosnia and Herzegovina. In Austria, the cultural department at the Foreign Ministry, together with the Embassy of Bosnia and Herzegovina and cultural partners such as the Museumsquartier, the Alte Schmiede, the BUCH Wien, the Volkstheater or the Frauenmuseum Hittisau, is organising projects focused on contemporary creative artwork.

The Cultural Year Austria – Bosnia and Herzegovina 2016 will be as multifaceted as our bilateral relations. With over 50 projects in our two countries it will also be quite substantial. Exchange and the linking-up of artists will be central elements of the various projects. With regard to content diverse topics such as migration, religion, identity, and the EU will be dealt with, among others, by scholars in religious studies, legal philosophers, musicians, writers, filmmakers, as well as students. You will find the programme of events planned so far in our brochure on the Cultural Year Austria – Bosnia and Herzegovina 2016 .

Kukan: Restoration of visa regime would be step backwards