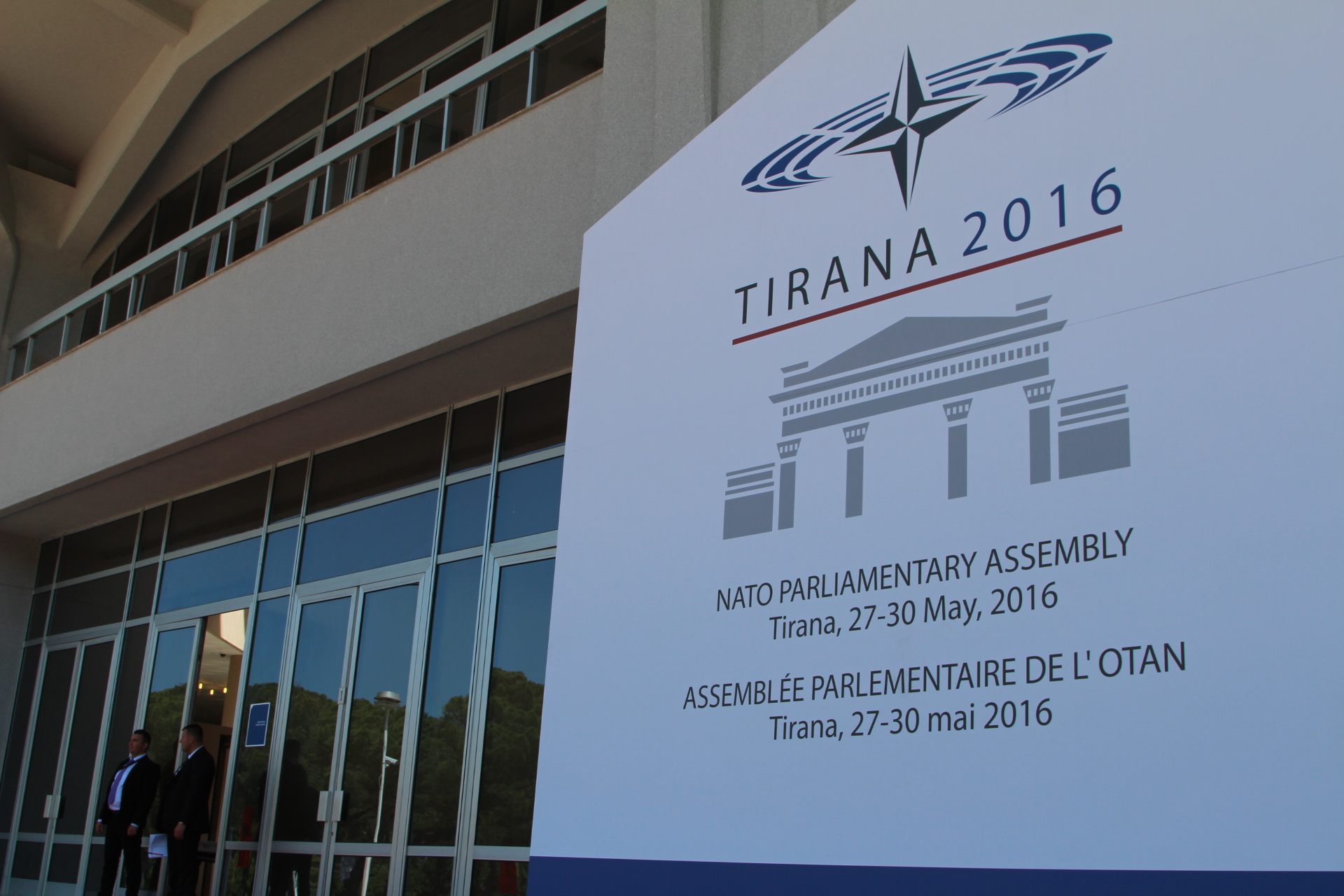 TIRANA – The Western Balkans have gone a long way since the deadly wars of the 1990s, but NATO and its allies should help cement stability in a region which continues to face multiple challenges, lawmakers from the NATO Parliamentary Assembly were told at the annual Spring Session in Albania.

“It takes more than the mere absence of war to ensure a stable future for the region,” Ulla Schmidt, the Special Rapporteur of the NATO PA’s Committee on the Civil Dimension of Security (CDS) and Vice-President of the German Bundestag, told delegates in Tirana.

NATO and EU integration remain a powerful vehicle to promote reforms, improve security, the rule of law and living standards, Schmidt said, presenting a draft report entitled “The Western: European and Euro-Atlantic Integration Challenges”. Considerable challenges cast shadows, however. Local politicians are faced with issues that are inherently difficult to resolve, including status and constitutional arrangements. And the Euro-Atlantic community itself is wary of further expansion.

Nevertheless, the Western Balkans remain of strategic importance for the European continent, Ditmir Bushati, Minister of Foreign Affairs of Albania, underlined. He hoped that the NATO Summit in Warsaw would re-confirm this. He warmly welcomed the invitation for Montenegro to become the Alliance’s 29th member because it “reduces the grey areas of security in this region”. Dr Enri Hide, from the European University of Tirana, urged delegates to work together to “keep instability out, democracy in, and extremism down.”

Schmidt also suggested that NATO could follow the EU’s path and consider revisiting the requirement for Bosnia and Herzegovina to register all defence property as a precondition for activating the Membership Action Plan, a major step toward joining the Alliance. The activation of MAP could have a positive effect on other reforms in the country, she said. The Special Rapporteur noted that Belgrade and Pristina will need to vastly improve their relations to make the prospects of integration more tangible. She also urged the Euro-Atlantic community to take additional steps to prevent the destabilisation of the Former Yugoslav Republic of Macedonia. She expressed hope that common sense and democratic principles would eventually prevail in Skopje, where political tensions have been high for more than a year. Hide also urged the authorities of his own country, Albania, to continue reforms, particularly in the field of the rule of law.

Schmidt urged the Balkan nations to strengthen intra-regional cooperation and suggested that the refugee and migration challenge presents an opportunity for cooperation that should not be missed.

The Special Rapporteur also emphasised the need for real socio-economic progress, because “without it, people in some parts of this region are forced to emigrate or turn to radical ideologies.” Milva Ikonomi, Albania’s Minister of Economic Development, Tourism and Trade, echoed this sentiment to the Economics and Security Committee. NATO had been crucial to guarantee security, including the economic security of its members: “Through NATO, a previously isolated country like Albania has been able to contribute to regional and global security,” she said.

Nimetz is concerned about peace and stability in Macedonia