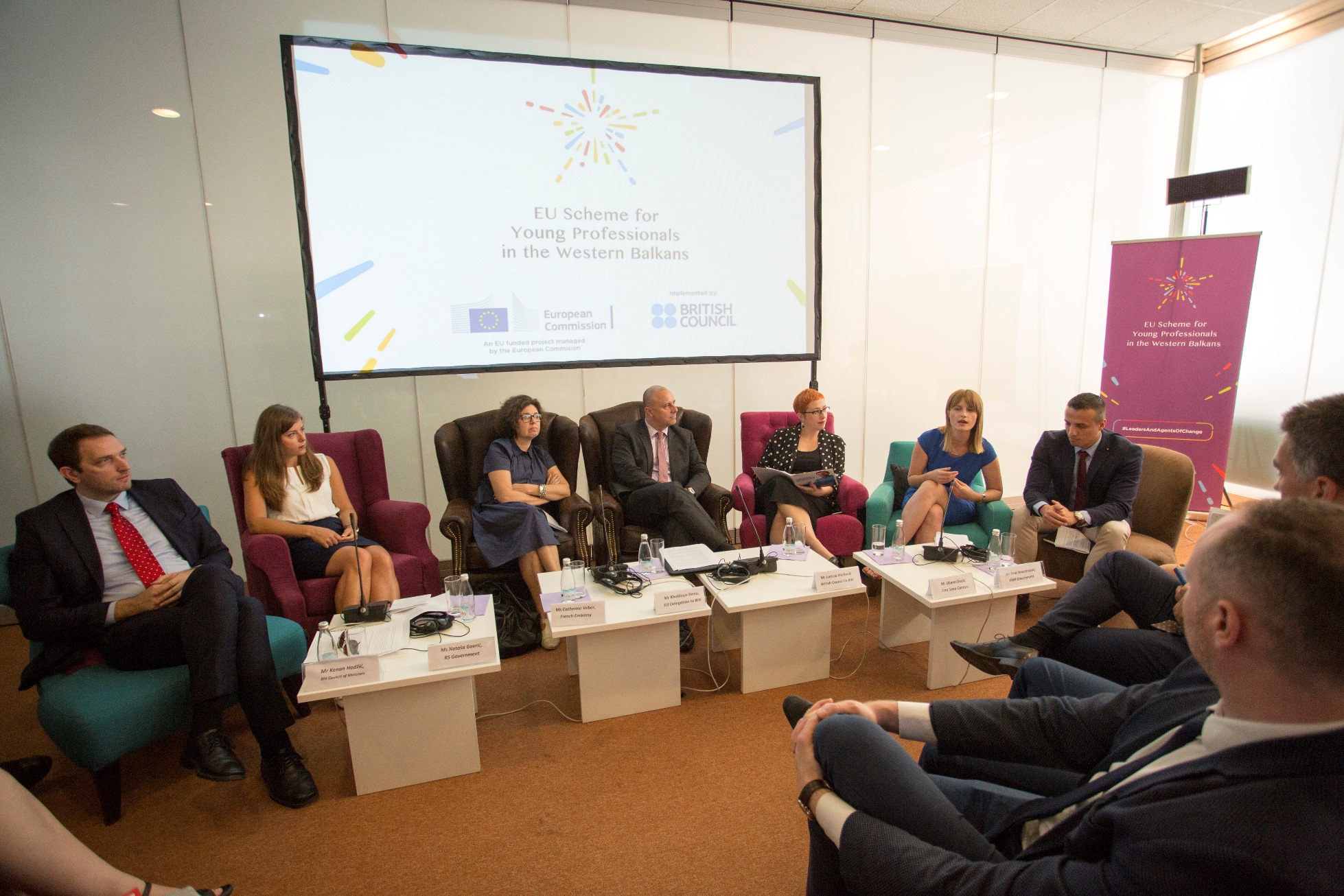 SARAJEVO – Young professionals are responsible for change in Bosnia and Herzegovina and will play a key role in taking forward the country’s European perspective – reaffirmed at the Paris Balkans 2016 Summit – into concrete reality, Khaldoun Sinno, Deputy Head of the EU Delegation to Bosnia and Herzegovina said Friday, EU Delegation to BiH stated.

Deputy Head Sinno was speaking at a seminar organised at the EU Info Centre in Sarajevo to hear feedback from five BiH young professionals who participated in the EU’s Regional Exchange Programme. Under the programme, funded by the EU and implemented in Bosnia and Herzegovina by the British Council, the five young professionals attended an executive course at the distinguished Sciences Po university in Paris, at the end of 2016, and then spent time in other countries in Southeast Europe learning about regional cooperation in the integration process. Each of the participants was awarded the Executive Certificate in Management and Public Policy.

“Young people carry the responsibility for change in the future,” said Mr Sinno, Deputy Head of the EU Delegation. “This project is aimed at training young professionals and preparing them for their future role, as well as strengthening them in their current positions.”

Kenan Hodžić applied for a place on the Regional Exchange Programme when he was returning to Bosnia and Herzegovina after a placement the US State Department. “The Programme isn’t just about travelling and learning about public administration,” he said and added: “It’s also about connecting with other young professionals in the Balkans, and I would recommend it to other people in this field. It’s the opportunity of a lifetime – spending 20 days in Paris, attending lectures at Sciences Po, visiting different cities with people from other countries.”

Nataša Gavrić highlighted the scope offered by the Programme to learn about networking and policymaking “and how to implement what we’ve learned when we are back in our own countries.”

Dijana Dedić noted that she is the first person to have responsibility for EU integration in Una Sana Canton, and cannot, therefore, ask a predecessor for advice. “The networking was particularly useful for me. I’m responsible for writing project applications, and sometimes I find it difficult to connect with potential partners in other countries, but now I know who to call and ask for information,” she said.

“I saw during the Programme that Bosnia and Herzegovina has a lot of catching up to do compared to the other countries,” said Emir Hrustanović, “but at the same time, I saw a lot of good things that we could copy in our country. For example, in one of the countries we visited the first draft of a particular law was sent to the institutions of the European Commission, and then there were consultations, and the result was that the final draft was ready for adoption much more quickly.”

Vujanović: Russia will accept our membership in NATO