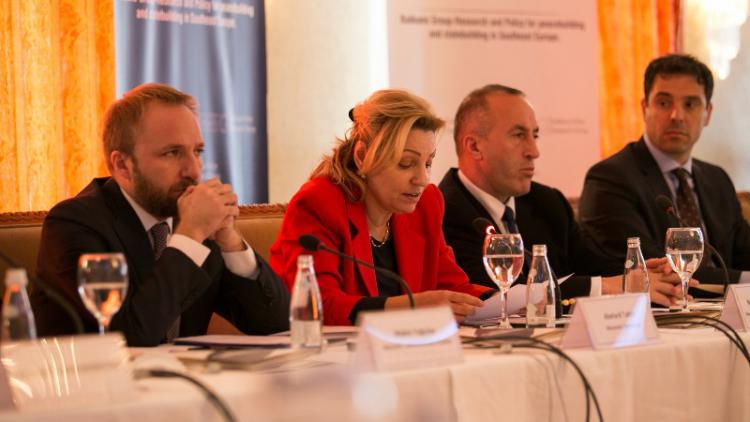 PRISTINA – The EU has recommended Kosovo to take several steps that would enable it to progress profoundly on its path of European integration. Many of such steps are included in the commonly agreed European Reform Agenda and concern the area of the rule of law and good governance, said the Head of EU Office/EU Special Representative, Nataliya Apostolova, at the conference on European Reform Agenda.

She added that through the fulfilment of its ERA obligations, Kosovo will be able to demonstrate its genuine commitment to certain high standards relating to combating serious criminality as well as functioning of judiciary and other branches of government.

“The fulfilment of all the ERA requirements requires a concerted action of the government, the Assembly as well as the dedication and willingness on the part of the Police, judiciary and the correctional service,” Apostolova said.

The Head of the EU office to Kosovo explained that the Prime Minister’s Office together with the Ministry of European Integration need to take a leading and proactive role vis a vis other ‘implementing partners’, mainly the Ministry of Justice, Ministry of Internal Affairs, the Kosovo Judicial Council, Kosovo Prosecutorial Council, the Office of the Chief State Prosecutor.

“We are happy to observe that over the last weeks, Kosovo Authorities have been taking steps to fulfil their obligations stemming from ERA, especially in the area of legislation that is crucial for the complete and robust implementation of the SAA,” she said.