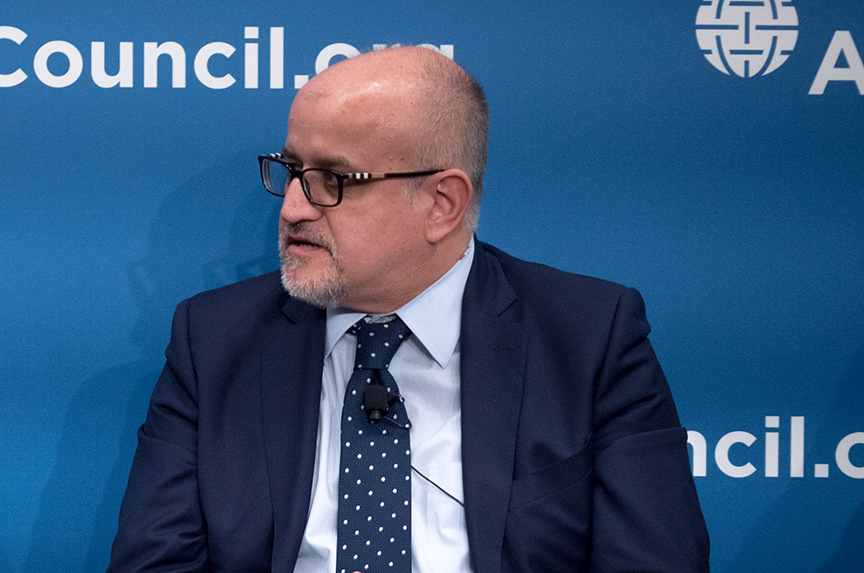 SARAJEVO – Minister of Foreign Affairs of Montenegro Srđan Darmanović participated today in the Forum “EU Future for the Balkans”, which was held today in Sarajevo, and organised by the International Centre “Nizami Ganjavi” and the Foundation “Society of Common Values”.

The Forum was opened by the president and founder of the Foundation and former Minister of Foreign Affairs of Bosnia and Herzegovina Zlatko Lagumdžija.

Besides the head of Montenegrin diplomacy, the Forum was attended among others by the member of the Presidency of Bosnia and Herzegovina Bakir Izetbegović, former President and Prime Minister of Macedonia Branko Crvenkovski, former Prime Minister of the Czech Republic Jan Fischer, president of the National Committee on American Foreign Policy Rosemary DiCarlo, and Secretary General of the Regional Cooperation Council Goran Svilanović.

Darmanović pointed to the current security challenges facing Europe and the world, whose effects spill over into the Western Balkan region in the form of a migrant crisis and radical ideologies, and particularly referred to attempts to destabilise and influence third parties to the common aspirations of the Western Balkan countries towards integration processes.

“That is why we must continue to be firmly committed to European and Euro-Atlantic integration, because we have to make the processes alive and current, and the best way is constant commitment to reforms and meeting standards for the well-being of all citizens,” Darmanović said.

Darmanović stressed that the focus of Montenegro’s activities as a credible and responsible member of the NATO Alliance will be to strengthen the long-term stability of the region through strengthening democratic capacities and the rule of law, and supporting neighbors in their integration efforts.

Speaking about the membership of our state and the countries of the Western Balkans in the European Union, Darmanović said that the future of Montenegro, but also of all the countries of the region, is in the EU, and that the integration process, which will lead to this goal, is the key to sustainable European architecture and a strategic stake in stability, democracy and prosperity.

“In our case, this has proven to be the best framework and pathway for maturing Montenegrin society and the most effective mechanism for successfully adopting European and international standards that lead to the improvement of quality of life. Enlargement policy was the most important driving force that strengthened the unity of the EU through the various phases of its transformation throughout history, and we believe that it should stay high on the EU’s reform agenda,” Darmanović concluded.

Brnabić: Serbia should not be asked to choose between West and Russia

Portugal takes over rotating EU presidency, Western Balkans are not among the priorities