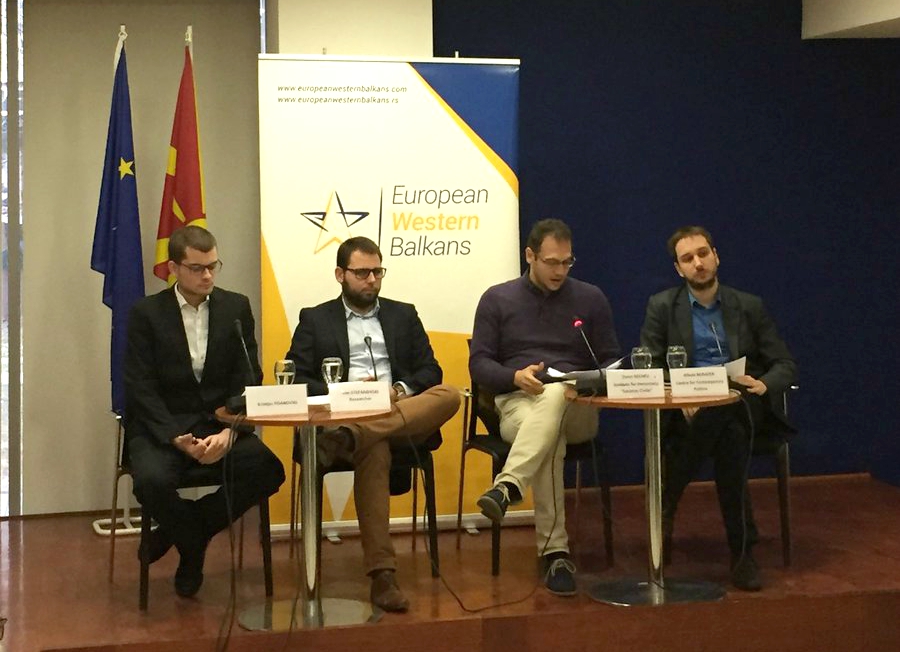 SKOPJE – There are some serious backsliding of democracy in the Western Balkan countries. While focusing on domestic reforms, countries must also prepare for the upcoming year, since the Bulgarian presidency set high on its agenda the enlargement of the EU, it was concluded at the “Western Balkans and the EU: State of democracy in EU candidate states“ conference, held in Skopje on December 20, in EU Info Centre.

“Democracy in Progress: Shadow Report on Political Copenhagen criteria in Western Balkans EU Candidate States,“ was presented at the event. One of the authors of the Report, Nikola Burazer, Programme Director of the Centre for Contemporary Politics said that the countries of the Western Balkan are facing serious democratic backsliding.

“There is a clear decline in various fields and democratic standards in almost all Western Balkan countries. And this is a paradox because it was previously thought that democratization and transformation of societies in transition go in parallel with the process of European integration,“ said Burazer.

However, Bulgaria set high on its agenda the enlargement of the EU and having Austrian Presidency in July, the region must use this opportunity.

Since Bulgaria is due to take over the Presidency of the Council of the EU in the beginning of 2018, Zoran Nechev, Senior Researcher and Coordinator of the Center for EU integration of the Institute for Democracy “Societas Civilis“, explained that this would be an excellent opportunity for the Western Balkan countries to advance on their EU path.

Ivan Stefanovski, one of the authors of the “Democracy in Progress“ report, pointed out that Macedonia is still dealing with some issues, although the change of the government six months ago. When it comes to the Parliament in Macedonia, Stefanovski noted that one of the issues which strongly undermines the EU integration process is the lack of transparency of parliament when dealing with harmonization of the EU acquis.

“A research conducted by the Institute for Democracy Societas Civilis shows that between 2014 and 2016, the Parliament enacted 59 laws with “EU flag“, out of which only 16 were scrutinized by the Committee for European Issues,“ said Stefanovski adding that this represents a serious breach of the parliamentary procedure and undermines one of the pillars of parliamentary democracy.

Kristijan Fidanovski, Editor in Chief of The Vostokian portal, stressed out the importance of 2018 for the Western Balkans.

“The strategy that will be published in February 2018 will be extremely important in this regard,“ adding that the one thing to look out for next year will the wording of the strategy, since in 2014 when the European Commission assumed its position, Juncker stated that there will be no enlargement until the end of his term.

However, things have changed since then – Juncker in his State of the Union speech announced the Strategy for the Successful accession of Serbia and Montenegro into the EU by 2025.

RYCO and Western Balkans Fund to sign the Memorandum of Understanding