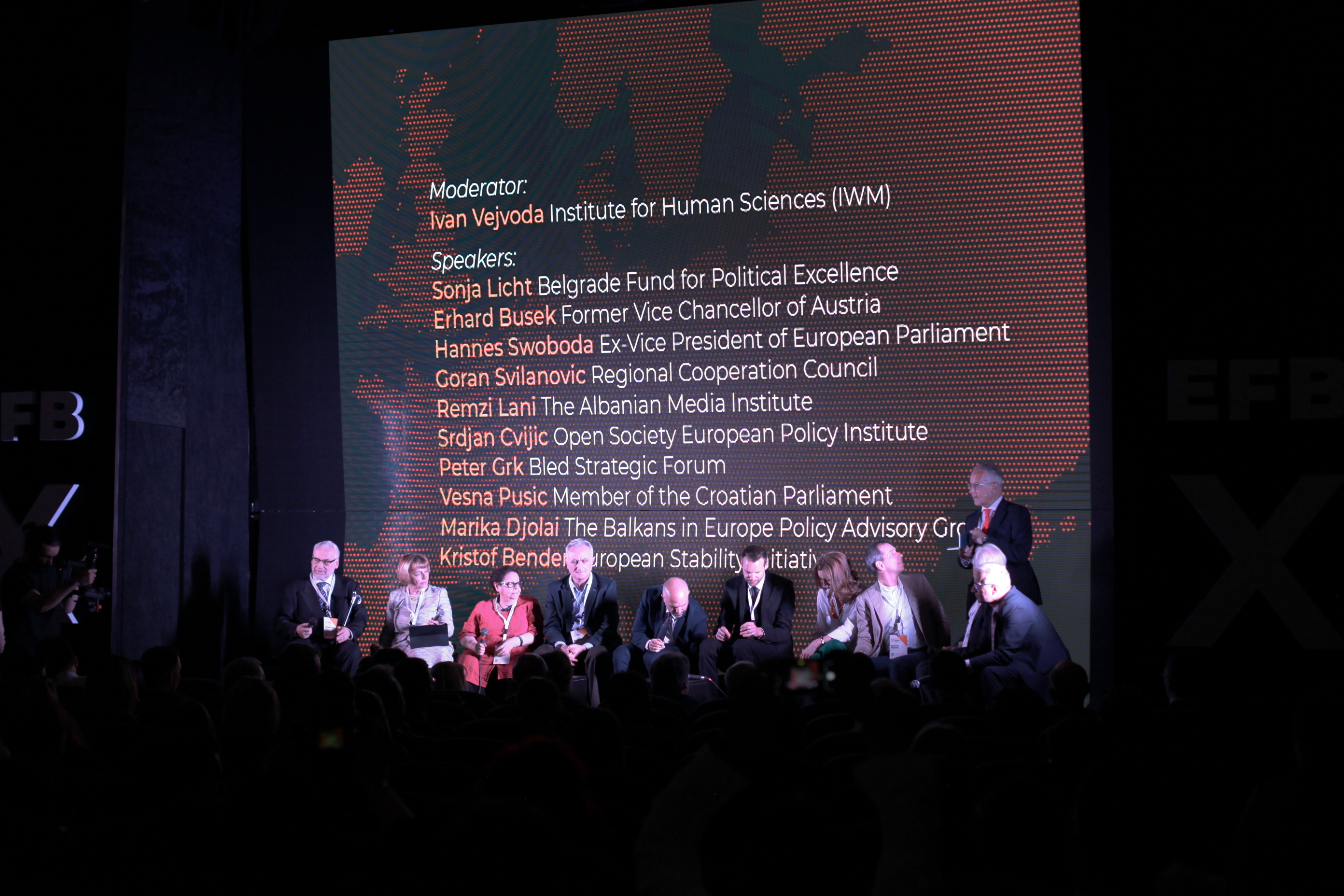 BELGRADE – The Declaration of a European Balkans Partnership – a visionary document created by influential individuals from the region and Europe was presented last night in the framework of the 10th anniversary of the European Fund for the Balkans (EFB). Declaration speaks about the necessity of a more intensive engagement of the European Union in the region and completion of the democratic and socio-economic transformation of the Balkans.

In his key note speech, Nikola Dimitrov, the Macedonian Minister of Foreign Affairs, highlighted that making the region a better place is all about strengthening economy, freedom of media, independent judiciary, and democracy itself: “We have to move our region forward. For Macedonia, it is impossible to be a successful part of the EU without our neighbours.“

Over 200 people from the region, Europe and the world – influencers, philosophers, business people, and former and current officials participated in the launch of the Declaration. Representatives of the EFB, experts from the Balkans in Europea Policy Advisory Group (BiEPAG) and members of the most influential European and regional think tanks, spoke about their vision of a better future of the Western Balkans and Europe.

They called for new togetherness between EU and the Balkans based on a four-pronged strategy: more vigorous EU engagement with the Balkans; more systematic eﬀorts to promote a culture of learning and training through all levels of education in order to advance the region’s human capital; an honest and lasting regional rapprochement and a tailor-made vision of closer cooperation in various EU policy areas.

Hedvig Morvai, the Executive Director of the EFB, warned that the Western Balkans must seize the opportunity on the road to European integration, accelerate its reforms, resolve open bilateral issues and strengthen regional cooperation: “Throughout its ten years, the EFB has supported hundreds of young people – new leaders of the region who can make the Balkans a better place to live. ”

The EFB marks its 10th anniversary showing the results of its work and future directions of action. It is an opportunity to present innovative tools for influencing public policies, to discuss  the future of Europe, democracy, leadership and social change, and to inspire new thinking on different topics through the form of the famous TED talks.