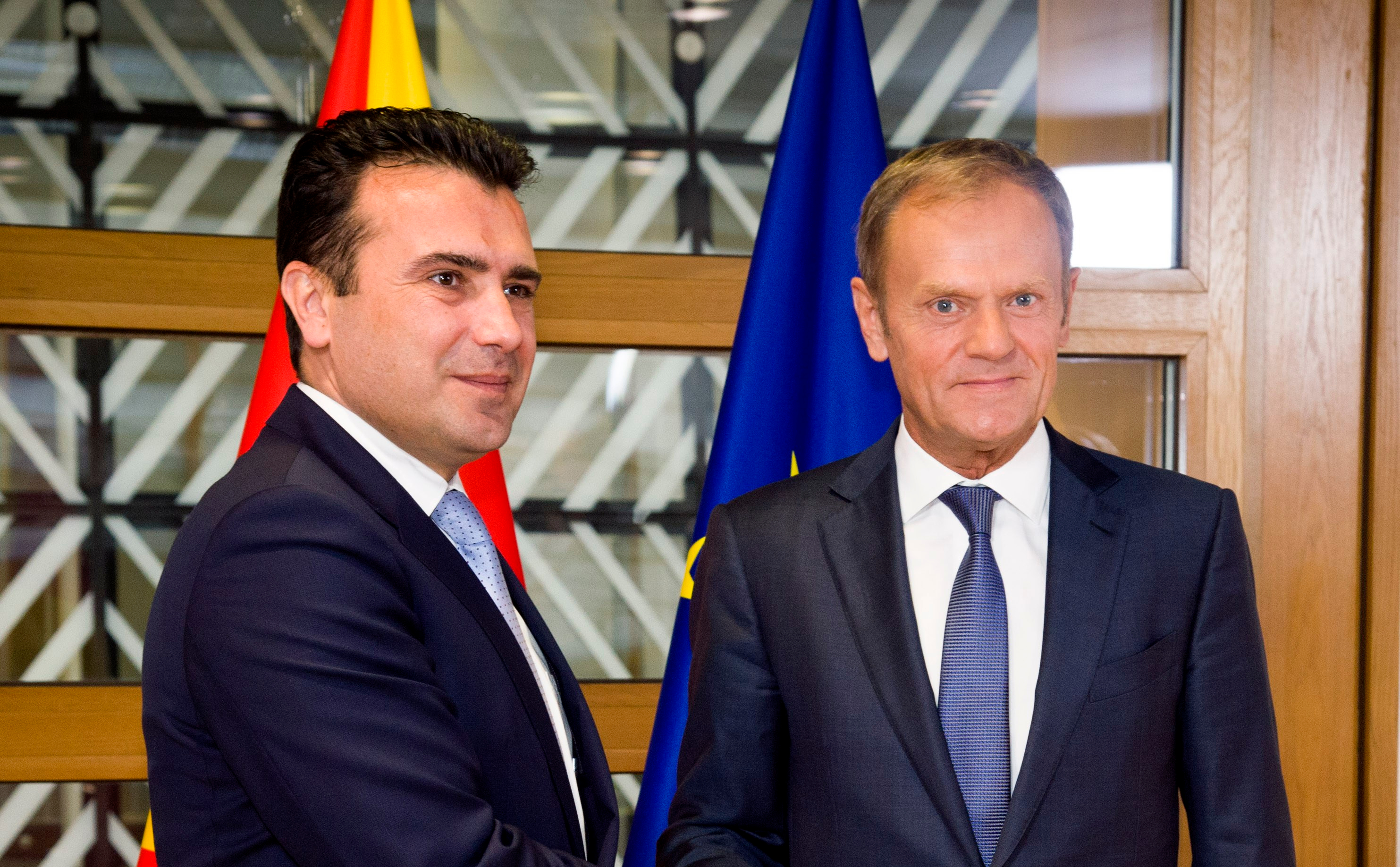 SKOPJE – I came to the Western Balkans with a clear message from the leaders of all European Union Member States: we remain steadfast in our offer of a European perspective to the region. You can count on us, said the President of the European Council Donald Tusk in Skopje.

“And these are not empty words. These are hard facts. Just an example: if we look at the Western Balkan countries’ total trade, 73% is with the EU. Twelve times bigger than China. 15 times more than Russia,” said Tusk when speaking of foreign trade investments, addung that the EU is not only about trade, investment and money.

“It is first and foremost about what kind of societies we want to be. Having lived the first part of my life under a communist regime, I have no doubt whatsoever about the best direction for citizens. But this is a choice, a decision, and work that only you in the region can undertake. Of course with the full support of your friends in the European Union,” he said.

Tusk concluded his speech by saying that positive developments are possible in the Western Balkans.

“We have seen that recently with the border demarcation agreement between Pristina and Podgorica, as well as the Treaty on Friendship between Skopje and Sofia. We need more such positive developments.”