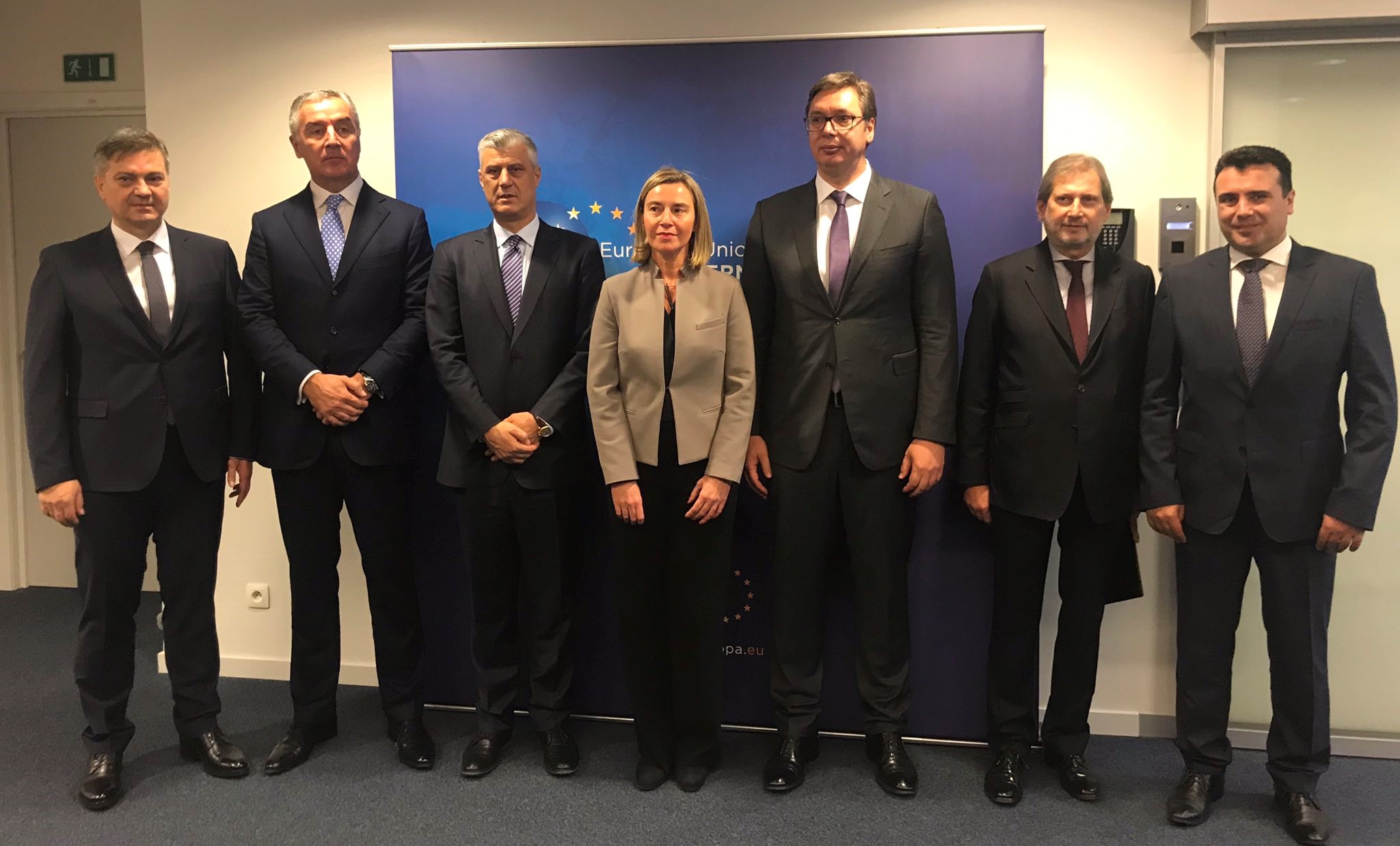 Looking back at the important progress made in the region in 2018, leaders agreed with the High Representative on the need to build on this progress and to continue to focus on their respective European Union paths and the necessary internal reforms, in view of achieving progress in time for the June 2019 Council.

Federica Mogherini stressed that the Western Balkan partners now more than ever should work together to advance the shared objective of the EU integration, to consolidate peace and security and to invest in further regional cooperation, for the benefit of all the people in the region.

In this respect, Western Balkan leaders expressed the strongest support for the Prespa Agreement and for reaching a comprehensive legally binding agreement in the context of the Pristina Belgrade Dialogue. They also committed to work to further the region’s integration in the EU in a spirit of good neighbourly relations and reconciliation, refraining from all actions and statements that are not conducive to the overall interests and strategic objectives of the region.

During the working lunch, President of Kosovo Hashim Thaçi said that the Comprehensive Agreement on the Normalization of Belgrade-Pristina Relations can be achieved in the near future, adding that he and Vučić will probably meet next year.

Zeri Online reported that Thaçi had stated that president Trump’s letter is the best proof of Washington’s involvement in the process, and that it fully supports achieving of an acceptable agreement between Belgrade and Pristina.

We must continue to look for a solution for Kosovo, because, otherwise, bad solutions will find us and bring us back, said Serbian President Aleksandar Vučić.

However, Vučić pointed out that he disagrees with Tramp’s assessment that the negotiations have entered the final stage. “I can’t completely agree with that, I do not think we are close to the solution,” he said.

He did not want to comment on how the US can technically join the process, but he said that it depends on the UN’s decision. On the other hand, he believes that other actors, such as Russia, Europe, China and UN should also be included.

“But what is important at this time is that we are far from the solution. We have not even solved the tax issue, which are neither formal nor small, but are essential for us,” concluded Vučić.

Prime Minister of Macedonia Zoran Zaev said that Prespa Process could be an example of resolving the dispute between Belgrade and Pristina. “We are convinced that we can help the whole process with the experience we gained from the Prespa Process, because this can be an useful experience for this problematic issue in the Balkans”, emphasized Zaev.

He also added said that Macedonia is working on full implementation of the Prespa Agreement and that he except Greece to do the same. He stressed that he expects the adoption of constitutional amendments to be completed by the end of January, which will enable Greece to start the ratification process of the agreement.

During the talks with President of the European Council, Donald Tusk, he received guarantees that by continuing Prespa process in Macedonia, as well as the reforms, Macedonia will receive the date for the start of negotiations from European Council in June.

Outgoing Chairman of the Council of Ministers of BiH Denis Zvizdić said that the principle of respecting the sovereignty and territorial integrity of each country is a prerequisite for further stabilization and prosperity, not only for each individual country, but also the whole region.

He emphasized the importance of the continuity of the dialogue and said that regional cooperation and mutual trust are crucial for improving political and economic relations, attracting foreign investments, preserving stability and improving the process of reconciliation. He also added that BiH will remain committed to the principles, goals and values of the European Union, wrote Klix.ba portal.

Zvizdić also said that BiH is currently in the final phase of answering to additional questions from the European Commission within the framework of the preparation of the Opinion on the BiH application, and added that European Union’s continued engagement is important in supporting stability and strengthening ties within the Western Balkans, as well as the Western Balkans with the European Union.

“We put particular focus on the questions of Macedonia, the Belgrade-Pristina dialogue and the question of the functionality of Bosnia. This conversation was useful, and it was emphasized by all participants that it is very important to resolve these issues because it is in the interest of all countries. As long as we have at least one open problem it endangers perspective of all. The readiness of all to give full contribution to constructive behaviour, to the reforms and commitment in meeting European standards, and then to provide support to those who are directly in trouble, has been confirmed”, Ðukanović said via Radio AntenaM.

Đukanović had a separate meeting with Mogerini, which he assessed as a very useful and said that it was opportunity for the Montenegro to receive recognition from the EU for everything that was done this year.

POLITICO: The Enlargement Strategy as a historic opportunity for the Western Balkans