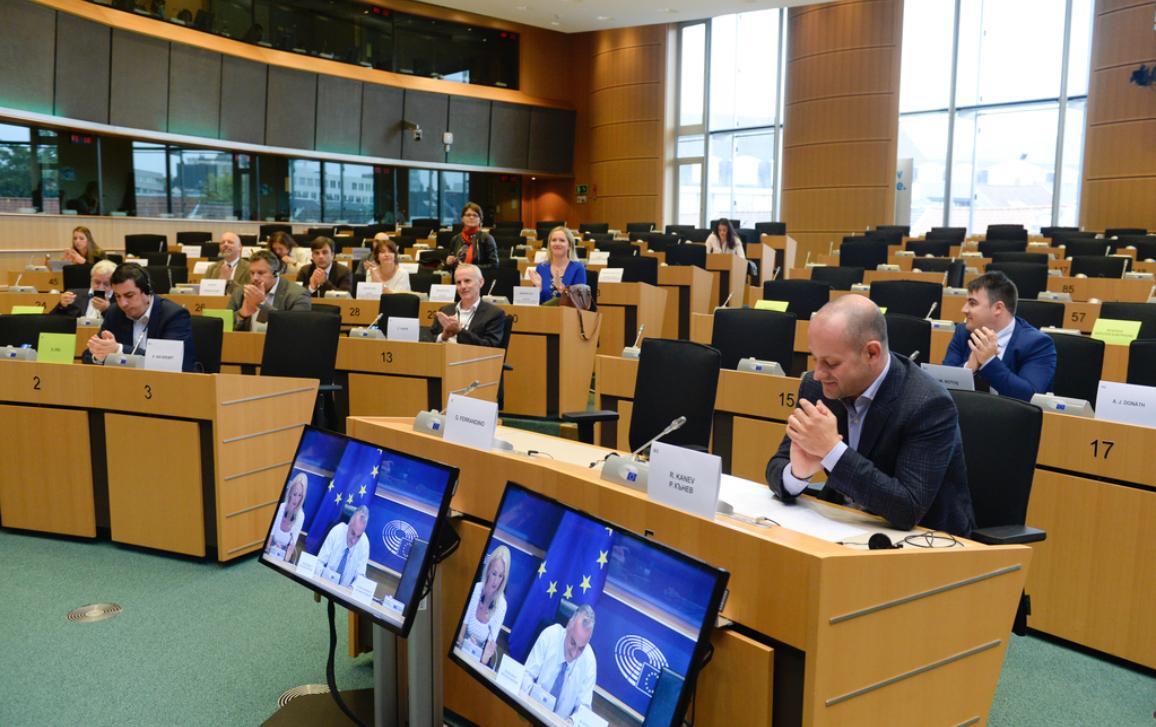 New Chair of the Delegation for Bosnia and Herzegovina and Kosovo will be Romeo Franz (Greens-EFA) from Germany, but the election of Vice-Chairs of this body has been postponed to a later date, EP confirmed to EWB.

Earlier on Thursday, it was announced that Tanja Fajon and Vladimir Bilčik were elected as Chairs of Delegations for Serbia and Montenegro, respectively.

Stabilisation and Association Parliamentary Committees (SAPC) are advisory bodies formed on the basis of Stabilisation and Association agreements with the EU. They are composed of EU Delegations and Delegations of national parliaments and usually meet twice a year, once in the national parliament and once in the European Parliament.

SAPC of BiH was established in November 2015 as part of the SAA bodies, but it failed to adopt its rules of procedure due to the insistence of some delegates from BiH on the inclusion of ethnic voting provisions not in line with European standards.

Who are the new Chairs?

Manolis Kefalogiannis is the member of the ruling Greek party New Democracy, first elected to the European Parliament in 2014. He was the Chair of EP’s Delegation to the EU-Turkey Joint Parliamentary Committee from 2014 to 2019. Before entering politics at the European level, he was an MP in the Greek national parliament from 1990 and served as the government minister in the 2000s.

In the past five years, he has expressed criticism over Albania’s cultural policies. He was, however, unanimously supported to chair the committee for the relations with a country that is currently facing political challenges on its EU path.

Andreas Schieder was elected to his first mandate in the European Parliament this year as a member of the Socialdemocratic Party of Austria. He was the party’s international secretary and also served as the state secretary.

Upon his election, Schieder wrote on Twitter that he expects the green light for North Macedonia to open accession talks in October.

“Western Balkans belong to the European Union and our future in a united alliance”, tweeted Schieder.

New Chair of Delegation for Bosnia and Herzegovina and Kosovo Romeo Franz entered the European Parliament in 2014. He is a member of German Green Party. In his previous parliamentary term, he was a prominent advocate for the rights of Sinti and Roma people.

EU Envoy for Belgrade-Pristina dialogue to be appointed after Borrell’s hearing?