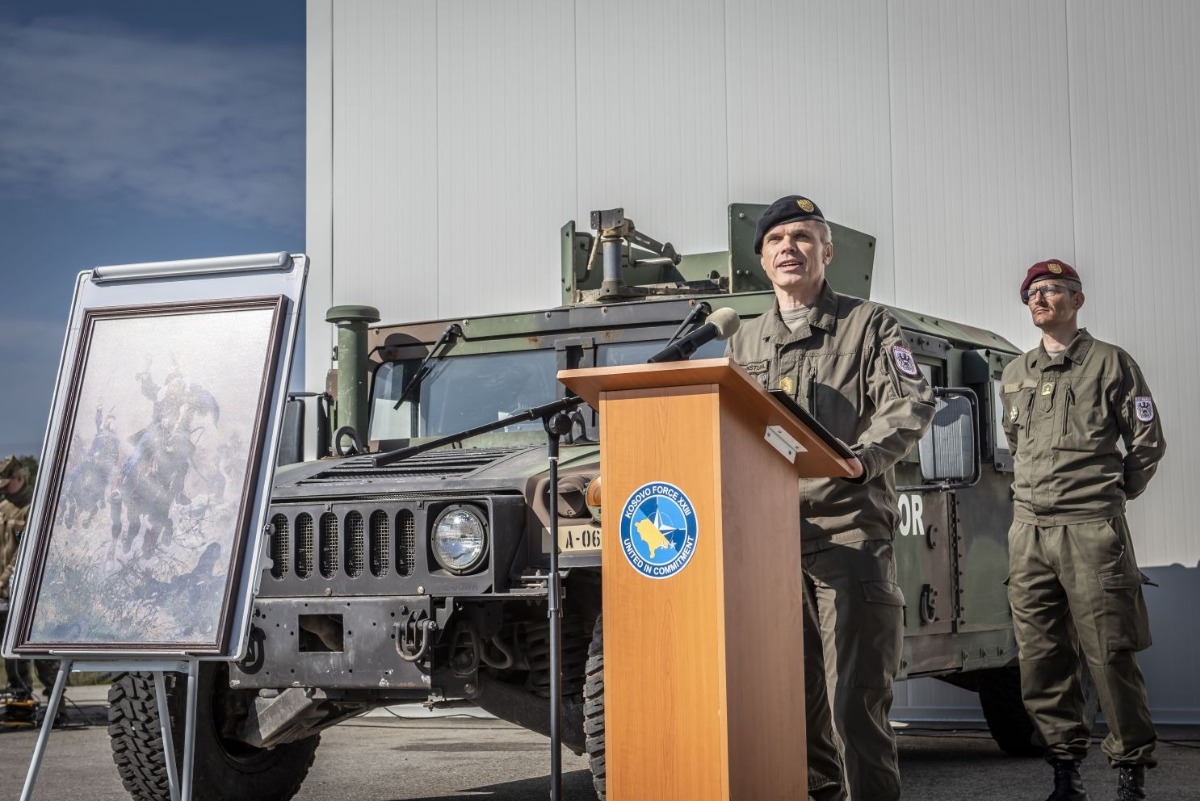 This is the first time a Swiss officer has taken up the post of KFOR Deputy Commander, and his appointment was announced last November after consultation of NATO and partner countries, it is stated in the KFOR press release.

General Reinhard Ruckenstuhl during his farewell speech expressed his gratitude and his satisfaction for all the achievements reached during this year of intense work.

He acknowledged working closely with the KFOR commander and all the other members of KFOR over the last year.

“We stand here, side by side- said General Reinhard Ruckenstuhl – as brothers in arms to achieve mutual reconciliation paving the way for a positive onward perspective for the future”, said General Ruckenstuhl.

Switzerland joined the Partnership for Peace (PfP) program in 1996, while its armed forces have been part of KFOR since October 1999 and are part of the so-called Swiss Company (SWISSCOY), which has over 235 army personnel funded by Switzerland. Of the 29 nations currently sending troops, Switzerland ranks ninth in the numbers that it provides to KFOR.

IPAP and defense industry of Serbia – benefits and recommendations