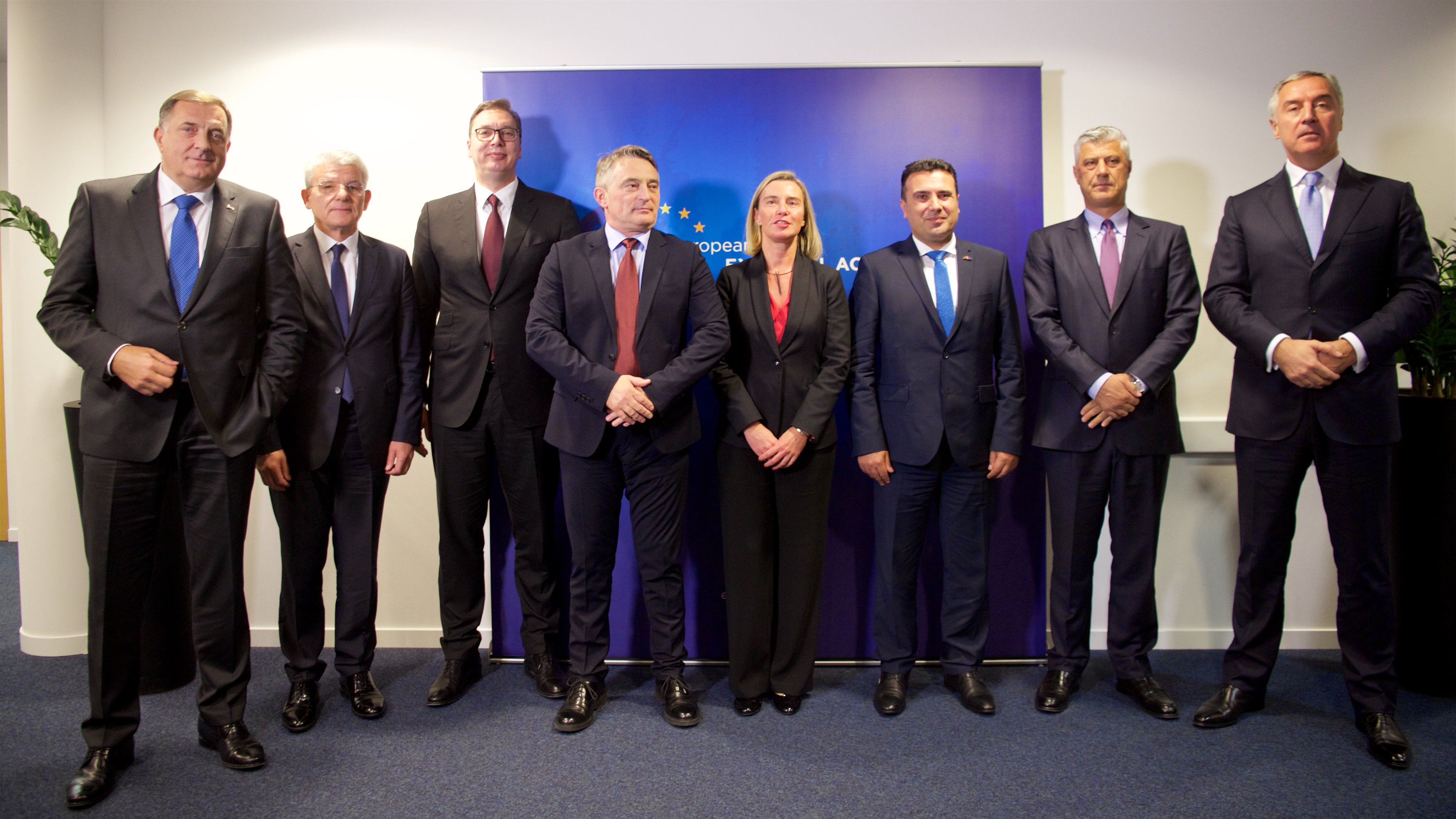 BRUSSELS – Outgoing EU High Representative Federica Mogherini hosted the leaders of the Western Balkans partners on Tuesday in Brussels for a working dinner.

According to the press release of the European Union External Action Service, the High Representative and the Western Balkans leaders exchanged views on EU-Western Balkans relations and developments in the region.

They expressed regret over the decision of the European Council not to open accession negotiations with North Macedonia and Albania and agreed that the EU integration of the Western Balkans continues to be a key strategic objective, in the shared interest of the European Union and the region.

In this context, the High Representative and the Western Balkans leaders discussed what has jointly been done and achieved over the past five years. They also reflected on the shared challenges ahead.

Prime Minister of North Macedonia Zoran Zaev thanked the High Representative for her commitment to the region over the past five years.

“Federica supported us both in the times of success and the times of crisis. She is a true friend of our people and the entire Western Balkans. We gathered at a dinner of the region’s leaders in Brussels in her honour, to mark an end to a significant chapter of her career”, Zaev wrote on Twitter.

Presidents of Kosovo Hashim Thaçi, of Montenegro Milo Đukanović and of Serbia Aleksandar Vučić also participated in the meeting, alongside all three members of BiH Presidency.

Prime Minister of Albania Edi Rama was not present in the meeting, even though his participation was announced by the media. He payed an official visit to Athens on Tuesday.

President Đukanović stated that the recent decision of the European Council is not in the interest of the EU and that the Balkan countries are also European, which means that they have the right and opportunity to talk about the perspective of the Union.

President of Serbia, who previously met with the President of the European Council Jean-Claude Juncker said that, in addition to the European path, Serbia will develop good relations with other countries and behave like a sovereign country.