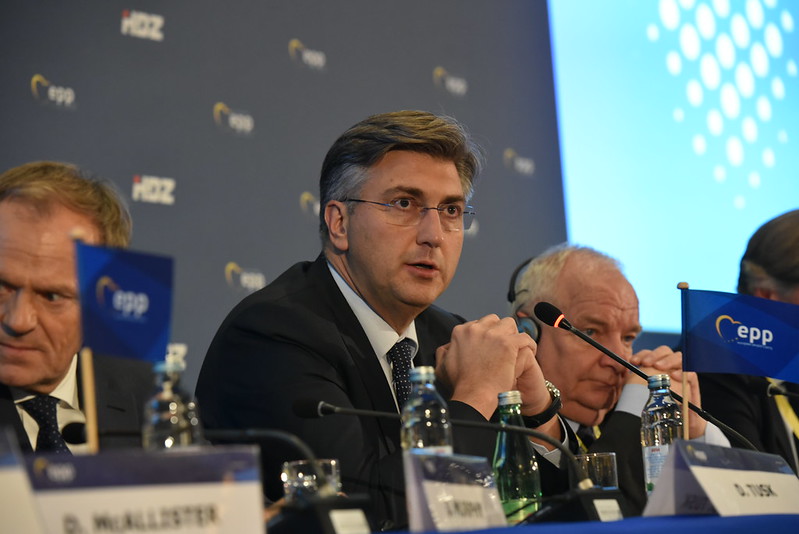 ZAGREB – Summit between the leaders of EU and the Western Balkan countries which will be organised by Croatia in May 2020 will result in conclusions determining political and institutional relations for the next decade, stated Prime Minister of Croatia Andrej Plenković at the opening of European People’s Party (EPP) Congress in Zagreb today.

Speaking at a press conference with the outgoing EPP president Joseph Daul and EPP Secretary General Antonio Lopez-Isturiz, Plenković also stated that Croatia has proposed two resolutions for the Congress, with the first one concerning enlargement, especially in the context of recent failure to open negotiations with North Macedonia and Albania.

Prime Minister of Croatia stated that five-sixths of the countries were in favour of opening of negotiations last month and that the opposition came from socialist and liberal governments and not members of EPP.

“This is a little bit bizarre, since the governments of both North Macedonia and Albania are socialist governments”, Plenković said.

Commenting on the French proposal to reform the negotiating process, Plenković pointed out that the current negotiating methodology already provides the opportunities to suspend negotiating chapters and open the ones that are provisionally closed, which solves the concern of “reversibility”.

Croatia will hold its first Presidency over the Council of the European Union from January to June 2020, and the EU-Western Balkans Summit in May was described by the Prime Minister as one of the most important points for the visibility of his country’s Presidency.

Orbán not invited; future of Fidesz to be determined after a report

Asked about the values of European People’s Party and whether the ruling party of Hungary is still committed to them, Plenković reminded that Fidesz was suspended from EPP membership in March and the the Prime Minister Viktor Orbán is not invited.

He said that a group of EPP “wise men”, including Herman Van Rompuy and Hans-Gert Pöttering, is currently working on a report on Fidesz and that its definitive status within the largest European party family will be determined after the release of the document, which he expects to happen soon.

Hungarian nominee Olivér Várhelyi was given the green light to become the European Commissioner for Neighbourhood and Enlargement earlier this week.

Rama: Albania, a step away from opening EU accession negotiations