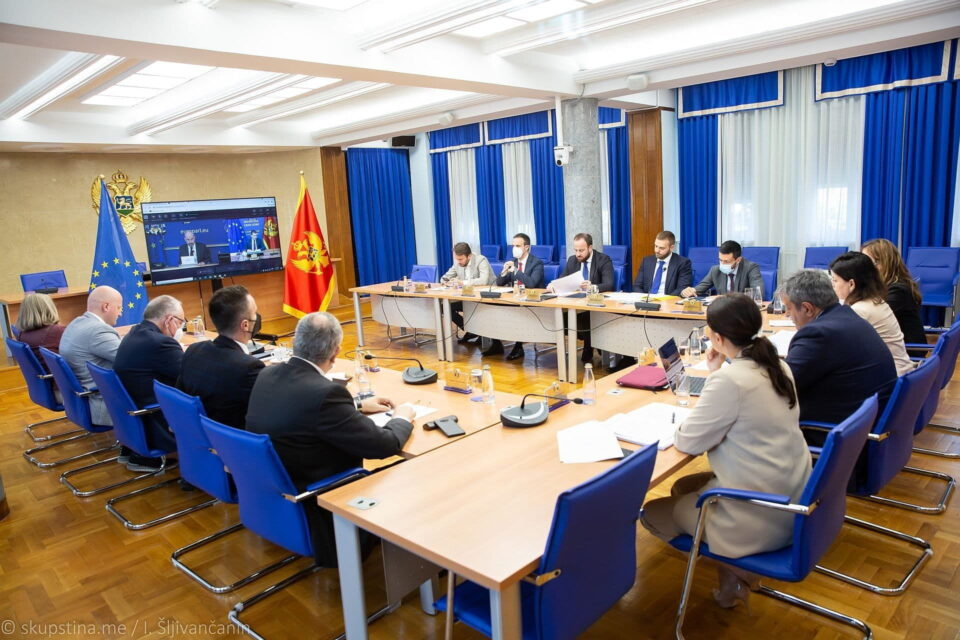 BRUSSELS / PODGORICA – Following today’s remote 19th meeting of the EU-Montenegro Stabilisation and Association Parliamentary Committee (SAPC), the first one since the change of power in the August 2020 elections, Co-Chairs Aleksa Bečić from the Montenegrin side and MEP Vladimír Bilčík issued a joint statement, in which they called for the acceleration of the EU accession process of Montenegro and implementation of related reforms.

“We welcome that all 33 screened chapters have been opened, with closing benchmarks set in all, except chapters 23 (judiciary and fundamental rights) and 24 (justice, freedom and security), but regret that since the opening of accession negotiations with Montenegro in June 2012 only three chapters have been provisionally closed and deem it necessary to speed up the pace of accession and related reforms in Montenegro”, the statement reads.

The European Parliament looks forward to the pending appointments in the administrative structures in the area of rule of law, including heads and members of working groups for both chapters, which prevented the resumption of their activities.

“We expect concrete and tangible results in key areas of rule of law, and especially in the areas of freedom of expression and media as a matter of priority, including investigations into and prosecutions of those responsible for the attacks against journalists. Additional efforts are needed to increase the independence, transparency, accountability and efficiency of all judicial institutions and to build up a credible track-record in fighting corruption and organised crime at all levels”, the statement highligted.

Bilčík and Bečić reiterated the importance of accelerating the reforms of the judiciary, and to follow up on the Venice Commission’s opinions in a comprehensive way. We emphasize that the independent functioning of the Special Prosecutor’s Office is key for Montenegro’s progress in rule of law.

In light of the credit arrangement with a Chinese EXIM bank for building the first section of the Bar-Boljare highway, the SAPC stated it was concerned about growing foreign dependence of Montenegro and called on the European Commission to look into ways to help Montenegro to diversify its credit portfolio and to strengthen the country’s financial stability and independence.

Bilčík and Bečić noted that parliament had passed a decision on the establishment of the Committee for Comprehensive Electoral Reform already in December 2020 and that the Committee was yet to yield results in improving the existing electoral framework and restoring citizens’ trust in the elections, in line with OSCE/ODIHR electoral observation missions’ recommendations. They called on opposition to participate in the work of the Committee and the parliament in general.

They also welcomed the EU’s assistance to Montenegro in fighting the COVID-19 crisis through the COVAX vaccine sharing mechanism and other significant channels.

Good neighbourly relations and regional co-operation are key to the enlargement process and therefore encourage Montenegro to continue to play a constructive role in the region, through an inclusive and non‑confrontational dialogue, the statement concluded.

During the meeting, Speaker Bečić said that in the second half of June he would initiate a dialogue between parliamentary parties in order to find a solution for all functions and positions that require two-thirds or three-fifths support in the Parliament of Montenegro.

He said that the new government is determined to move from the phase of stagnation that has marked the past few years to the phase of offensive and achieving concrete results in the field of the rule of law. Opposition MPs, on the other hand, accused the ruling majority of diminishing European values in Montenegro and rejecting the dialogue.

Vučić with Palmer and Lajčák: I believe in a compromise for Kosovo