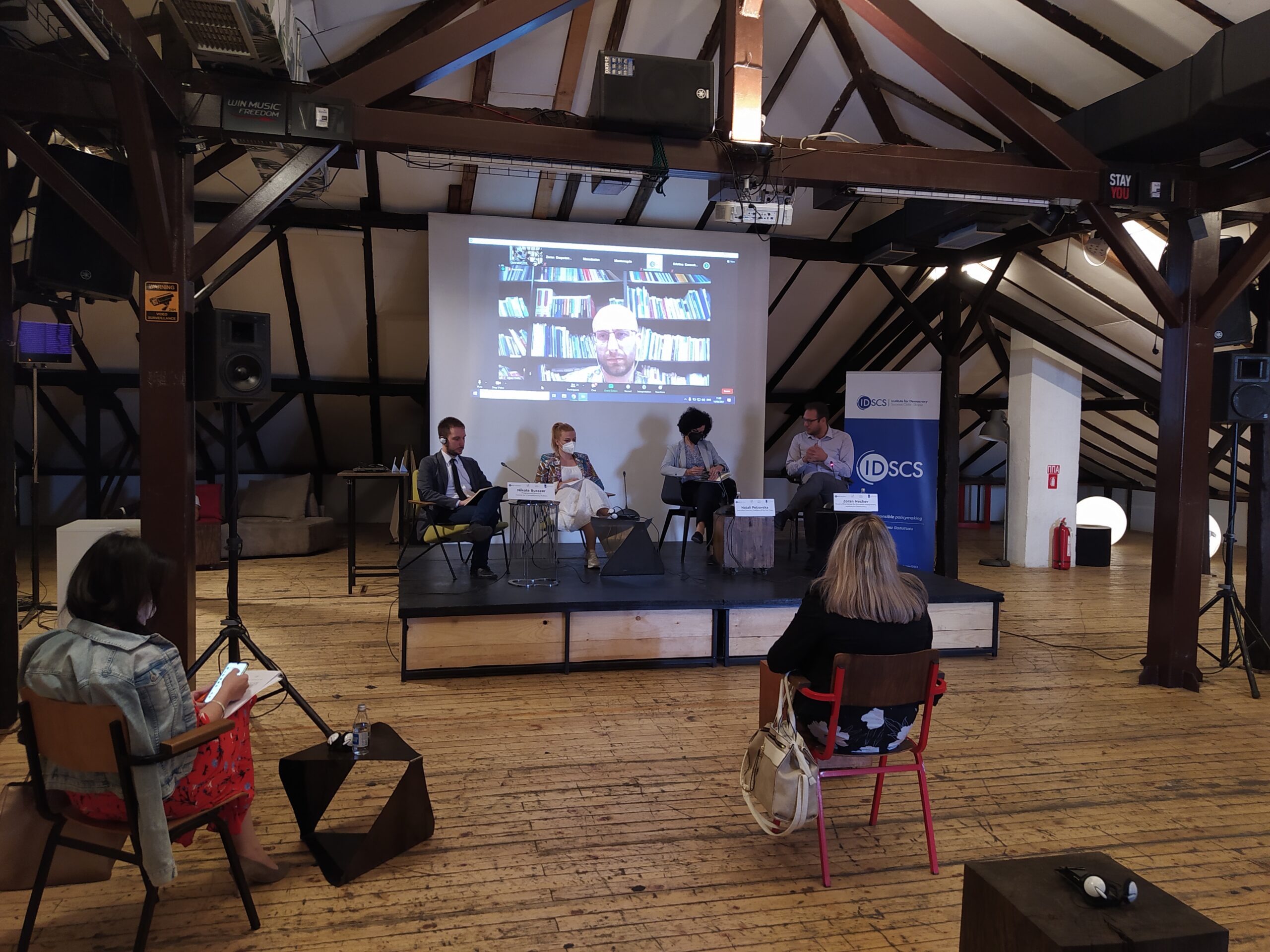 SKOPJE – Although current specific mechanisms used by the European Union could produce positive changes in the Western Balkan countries when it comes to the rule of law, they are far from perfect and some changes must be made, it was concluded during the conference “Strengthening the Rule of Law in the Western Balkans: Old tools for new rules?”.

The purpose of the conference was to reflect on the ongoing rule of the law reform process in the candidate countries and to discuss challenges in this area. Participants discussed the effectiveness of existing mechanisms used by the European Union for these purposes and presented their recommendations in order for real progress to be achieved.

Jovana Marović, Executive Director of Politikon Network and member of Balkans in Europe Policy Advisory Group (BiEPAG) presented the four mechanisms that the European Union used exclusively in relation to the WB countries in order to implement reforms in the field of rule of law.

“These are the Priebe report in North Macedonia, the Vetting process in Albania, the Non-papers for Serbia and the Rule of Law Council in Montenegro”, she explained.

Marović pointed out that each of these mechanisms is important in the process of implementing reforms, but that their effectiveness depends on the specificity of the guidelines they contain. Accordingly, she stated that she hopes that EU will improve these mechanisms.

“We expect more specific guidelines for defining priorities by the EU on an annual basis. Also, we expect these priorities to be linked to the concrete benefits for citizens of the Western Balkans. Thus, assessing whether the conditions have been met or not will be facilitated”, Marović told.

Frosina Tasevska, State Secretary at Ministry of Justice, Government of North Macedonia, explained how the reform process took place in North Macedonia – although the conditions for this state were stricter than on other WB countries, they made great progress. Taking that into account, she presented recommendations for further negotiations as well.

Zoran Nechev, member of BiEPAG, concluded the Opening Remarks by pointing out that new and specific mechanisms for Western Balkan countries are not necessary.

“Instead of inventing certain criteria that are specific to WB countries, they need to join an already existing mechanism for other countries, to assess their readiness to join the Union. Thus, this will not be just a competition, but it will really show what stage our countries are in”, Nechev stated.

Alban Dafa, Researcher on Governance and Security at the Institute for Democracy and Mediation, talked about the process of judicial reform in Albania and vetting process.

“Although there was a clear need for a fundamental reform of the judiciary, it was rushed through. The analysis of the justice system on which the reform package was based did not take into account potential risks of a collapse of the system, whilst the legal reform package provided deadlines for the establishment of the vetting institutions that were overly optimistic. Eight months after the approval of the legal reform package was believed to be enough to establish the vetting institutions whilst it actually took almost two years”, he said.

Nikola Burazer, Programme Director at Centre for Contemporary Politics, pointed out that new mechanisms, such as New Methodology, presented by the EU for WB states are a consequence of the actions (non) taken by Serbia and Montenegro during their negotiations with EU. In this regard, he explained that the Non-papers published by the EC have a significant role because they provide additional information about the implementation of reforms in these countries.

“These reports fill in the information gap that arises between the period of publication of regular reports. Relying on them, member states can see what candidate countries have done in the meantime and conclude if they are ready to open a new cluster”, Burazer said.

According to Burazer, yet this mechanism is far from perfect.

“The language used in these reports is diplomatic and as such, it is not understandable to the public, but only to experts”, said Burazer adding that at the end the most important thing for providing reforms is the political will, of both sides.

Natali Petrovska, Executive Director at Coalition All for Fair Trials, agreed that existing mechanism used by EU with WB countries are important, but that some changes must me made as well.

“Reports published by the EC represent the best way for current problems to be marked, but for long-term problems, it is necessary to make some changes – the language should be direct and politically correct, so that states can focus on the core issues”, stated Petrovska.

Biljana Spasovska, Executive Director at Balkan Civil Society Development Network explained how the mentioned mechanisms ensure the role of civil society in the negotiation process. She said that the inclusion of civil society organizations is a responsibility of both governments of the candidate countries and the EU.

“The European Union calls on governments to involve civil society in the integration process in order to make the process credible, but we also expect the EU to do so”, said she.

She added that dialogue between the EU and civil society organizations must be integrated, based on mutual trust but also on the support, political and financial.

“This does not mean that only the support of activities or projects is important, but also the support for the independence of civil society”, Spasovska concluded.

“Strengthening the Rule of Law in the Western Balkans: Old tools for new rules?” is the project implemented by the Politikon Network in cooperation with the Centre for Contemporary Politics and with the support of the Embassy of the Kingdom of the Netherlands in Serbia and Montenegro.

The article has been updated.

Grenell announces he may resign ambassadorship

Adamson: Authorities in BiH to translate commitments into concrete reforms