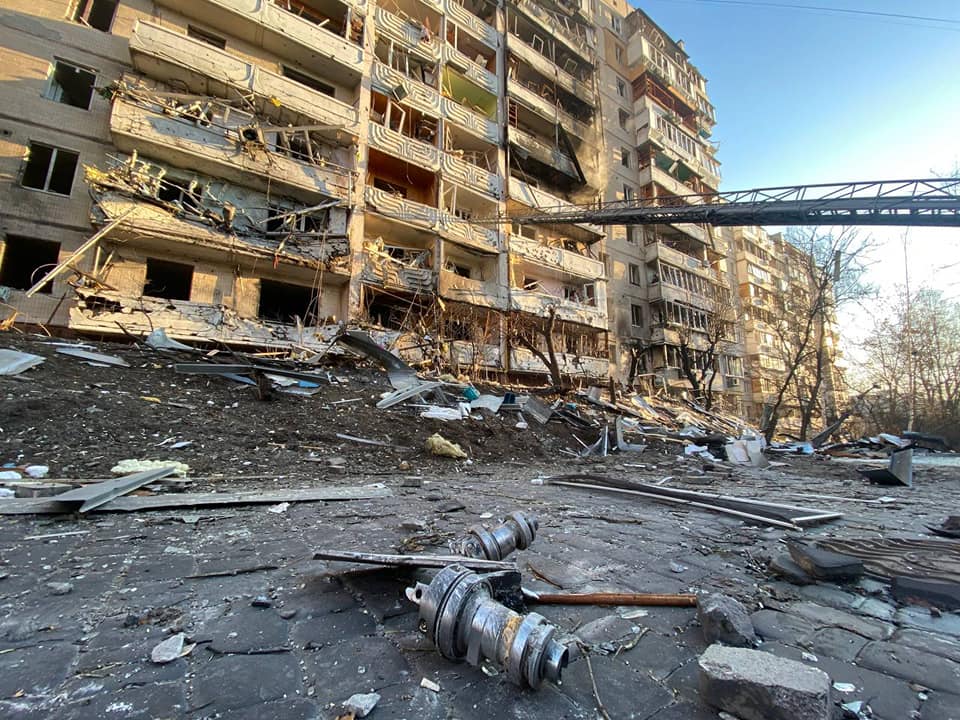 A group of Western Balkan civil society organisations, members of the Think Balkans project, released a letter of solidarity with Ukraine and called for the immediate stop of the war as well as the prevention of any escalations or spillovers.

Think Balkans is composed of the Institute for Democracy “Societas Civilis” from Skopje, European Movement in Serbia (EMinS), Platforma CiviKos from Kosovo, Politikon Network from Montenegro, Albanian Institute for International Studies (AIIS) from Albania, and Humanity in Action from Bosnia and Herzegovina

“On behalf of all of us from the Western Balkans, who suffered war, destruction and siege of cities, sanctions, poverty in the 1990s, when about 2 million of our citizens left their homes and moved to other parts of the world, we demand to immediately and without any delay stop the war conflicts, the suffering of the civilian population and the destruction of cities across Ukraine”, the letter reads.

It states that aggression against an independent country is never justified, including this war, which has to be stopped immediately.

“No war goal can be put before the right to life, the right to a happy childhood and children’s laughter, the right to personal and collective security, and that is being denied to millions of Ukrainians today”, the letter reads.

It adds that the suffering of the civilian population in all domains is terrible, as is the massive destruction of Ukrainian cities.

“Millions of people have lost their homes and the right to a peaceful life. The Geneva Convention relative to the Protection of Civilian Persons in Time of War, with accompanying protocols, must be respected. Prohibited weapons must not be used in Ukraine. Calling for nuclear weapons frightens all citizens of Europe and the world. Nuclear states have pledged not to use nuclear weapons against non-nuclear states and therefore any mention of a nuclear arsenal is unthinkable”, the letter stresses.

The CSOs called on the leaders of the countries in the region to strongly resist any indication of a possible spillover of the Ukrainian crisis in the Western Balkans, to overcome their current disagreements and differences, and to make a joint Appeal to preserve the peace and stability in the region, to jointly agree upon additional measures in order to avoid undesired occurrences and prevent any new form of instability.

“Also, this Appeal, should send a strong message to end the hostilities in Ukraine and reach a ceasefire as soon as possible, which will open the door to intensive negotiations and achievement of lasting peace. Peace for the people of Ukraine is also the strongest contribution to preserving peace in Europe and the world”, the letter reads.

It reminds that two world wars broke out in Europe.

“Therefore, together we must do everything to prevent a new world war from breaking out in Europe again. That is our common task, an imperative for all of us”, the letter concludes.