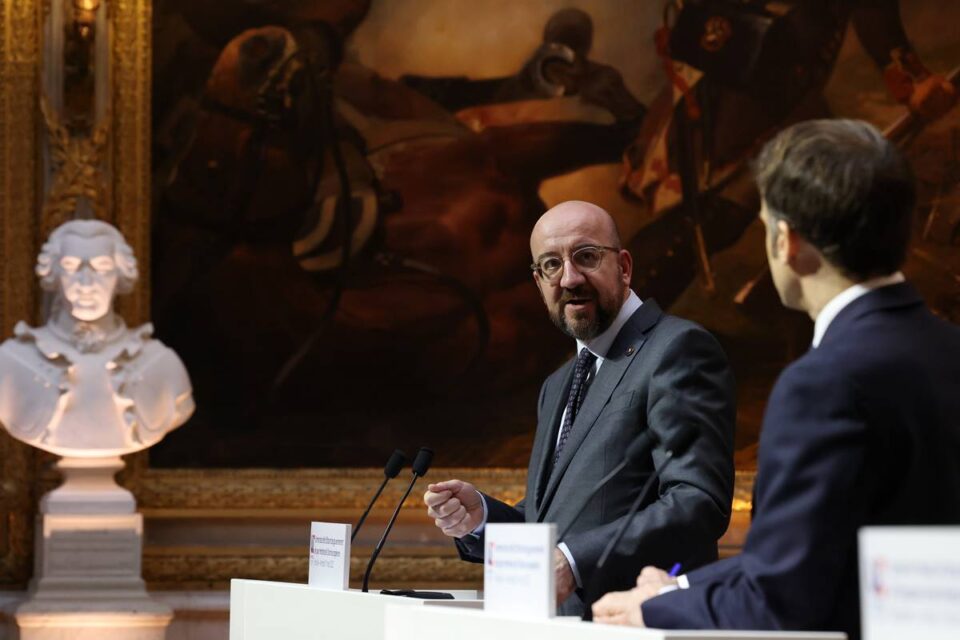 Last week, President of the European Council Charles Michel delivered a speech in which he proposed a reform of the EU enlargement process. The key element of the proposal is the integration of the candidate countries gradually into different sectors of the EU, in contrast to the current “zero-sum game”, in which a country is either in or out. The idea is not new, but it received renewed attention after Michel’s speech.

The initiative to reform the enlargement seems entirely appropriate at the moment, given the current state of the process.

“Over the last decade, the accession process has noted a serious decline in terms of impact and credibility in the eyes of the ordinary Western Balkan citizens”, says Gjergji Vurmo, Programme Director at the Institute for Democracy and Mediation from Tirana and a member of the Balkans in Europe Policy Advisory Group (BiEPAG).

On the other hand, he adds, it has not been the most favorite policy in the eyes of EU citizens either.

“This calls for serious reform of the process for which there is much talk. There are two main streams in this regard – in the EU there is much appetite to make enlargement less attractive and less of an alternative for Western Balkan Six and other neighboring countries, such as Ukraine, Moldova, and Georgia. In the Western Balkans on the other hand, the focus is on making EU accession more transformative, fairer, merit-based, and certainly faster”, Vurmo says.

At least on paper, Michel’s proposal for a new enlargement process is intended to make it faster, which the President of the European Council himself emphasised. However, an element of confusion was added when, during the same speech, Michel also underlined the need to “think beyond enlargement” and supported the idea of the European geopolitical community, which sounded similar to a concept of President of France Emmanuel Macron proposed during his speech to the European Parliament on 9 May.

The parallel presentation of this idea and the idea of enlargement reform has raised the question of which one is actually a priority.

Building on the new enlargement methodology

In March 2020, as the countries of Europe scrambled to respond to the initial wave of COVID-19, European Council endorsed the new enlargement methodology, which was drafted earlier that year by the European Commission. The methodology was initiated by France following its veto on the accession of Albania and North Macedonia; the veto was then lifted, only to be replaced by that of Bulgaria.

The methodology has since been formally accepted by Montenegro and Serbia, which began their negotiation processes under a somewhat different set of rules. However, notwithstanding a transition from 35 negotiating chapters to six clusters, not much has changed. Other elements of the new methodology have become somewhat obscure until Charles Michel decided to revive them this month.

“Michel’s proposal builds on good ideas in the 2020 methodology  – more concrete and more substantial incentives earlier in the process for those who perform well”, says Milica Delević, Director of Governance and Political Affairs at EBRD and a member of BiEPAG.

The original text of the new methodology proposed a “closer integration of the country with the European Union, work for accelerated integration and “phasing-in” to individual EU policies, the EU market and EU programmes”.

The methodology also provided for reversibility of the process: “Benefits of closer integration, e.g. access to EU programmes, unilateral concessions for market access could be paused or withdrawn” in the cases of serious backsliding of the reform process.

Something very similar was outlined by Charles Michel. In his speech on 18 May, the President of the European Council said that the solution to the current stalled enlargement process would lie in gradual, phased integration, even while the accession process is ongoing.

“More for more. For example, when a country meets the necessary standards in a given sector, it could be actively involved in an advisory capacity in the work of the Council of Ministers, depending on the agenda. The country would also be gradually integrated into the EU’s work, as its compliance with the acquis is confirmed. For example, in certain sectors of the internal market, the EU roaming area or the common energy market”, Michel said.

He also added that the principle of reversibility should also be part of the process, meaning that backsliding would have a direct impact on the country’s level of integration.

According to Michel, the new enlargement process would be more beneficial than the current form and encourage and accelerate the necessary reforms. Experts for the Western Balkans, at least in principle, agree on this point.

“And if benefits become more concrete, the opportunity cost of losing them is higher. This focuses the debate on what needs to be done in candidate countries not to miss out on something that is achievable not in five or ten years but in six months or a year”, she says.

Delević assesses Michel’s proposal as reassuring, as it seems to reform the existing framework rather than offer an alternative to it.

“By offering multiple entry points, it provides flexibility instead of a rigid template. No single and strictly defined intermediate stage or step also means less possibility that this in fact becomes a new end goal”, she adds.

Tena Prelec, Research Associate at the University of Oxford and a BiEPAG member, agrees that Michel has voiced certain points in relation to EU enlargement “that should be resoundingly welcomed”, in particular, the idea that the process should be faster, gradual, and reversible and that accession countries should receive ‘more for more’.

“What we need, now more than ever is to endow EU enlargement with new meaning. To achieve that, we need accelerated integration for the countries that are performing well. A merit-based acceleration, you could call it, instead of the arbitrary blocking that has been tarnishing EU enlargement for years now”, Prelec says.

She agrees with Delević that, if you set stages, and you do not take away the opportunity for member states to veto the progression of accession countries, that ‘intermediate stage’ can be the end of the road.

“This is especially problematic in the case of granting access to the single market without ensuring that proper rule of law reforms are implemented. The illiberal leaders trying to undermine EU values from within, such as Orban, would welcome it with open arms: such a scenario that would see the ‘stabilitocrats’ of the Balkans, and all their friends and enablers, rewarded”, Prelec concludes.

But while the initiative itself might be positive, it is still not known whether the other EU Member States will accept it in earnest.

Gjergji Vurmo assesses that there is not enough courage in the EU to accept proposals that would make the enlargement process faster. He says that, instead, the Western Balkans is being offered unelaborated alternatives to enlargement, such as the European (geo)political community, first presented by Emmanuel Macron and then by Charles Michel.

European (geo)political community: Getting in the way of a faster enlargement?

A day after his speech, Charles Michel kicked off his visit to the Western Balkans, which included a press conference with President of Serbia Aleksandar Vučić. At the conference, it was only Michel who, at one point, brought up the idea of enlargement reform, while Vučić talked about Serbia’s support for the idea of the European geopolitical community, noting that it was President Macron who first outlined it.

The initiative for a faster enlargement in line with the new methodology, therefore, got overshadowed by the proposal of a European geopolitical community. And while both Michel and Vučić said that this is not an alternative to enlargement, others are not so certain.

For Gjergji Vurmo, this is exactly what this idea is.

“The first problem with both proposals (Macron’s and Michel’s) is that they have deleted the perspective of a process whose primary goal is EU membership. This is already a huge blow to the Western Balkans’ hopes and to what was promised by the EU in the past two decades. The second problem is the uncertainty and lack of clear vision about what is being proposed”, Vurmo says.

Referencing Macron’s idea that the Community would also be open to members who have left the EU, Vurmo points out that countries such as UK, Moldova and Bosnia and Herzegovina, for example, come together in supranational organizations like UN or Council of Europe, but one finds it very difficult to explain why would they gather in another such structure.

“However, EU enlargement happens as a strategic goal and vision that comes from within. You cannot force yourself into the Union. So we need to work with such proposals coming from the EU; we must offer alternatives and find common ground. Apparently, Michel’s, or Macron’s, proposal is not our favorite alternative. Yet, the search for common ground starts with a shared vision between the EU and countries in the Western Balkan region”, he adds.

Vurmo says that this vision needs to be tackled first, instead of finding “one size fits all” solutions for countries that have left the Union, those who want to join the Union, and those who have chosen not to.

“Michel’s proposal and Macron’s recent proposal are not intended to reform but rather to get rid of enlargement, or at least to pause it for a decade or so. I’m sorry to say, but I see more political will among EU members to pause enlargement than reforming it. We in the WBs cannot ignore such a reality. We need to work with these settings”, he concludes.

As announced by Michel, the idea for a European geopolitical community will be put forward to the leaders in the European Council in June, while a possible conference on the proposal could take place in the summer. As for a faster enlargement, no formal preconditions are necessary, given that the possibility is already provided in the new methodology. The only question is whether the Member States will implement it.

Will Montenegro be ready to start closing negotiating chapters by the end of the year?