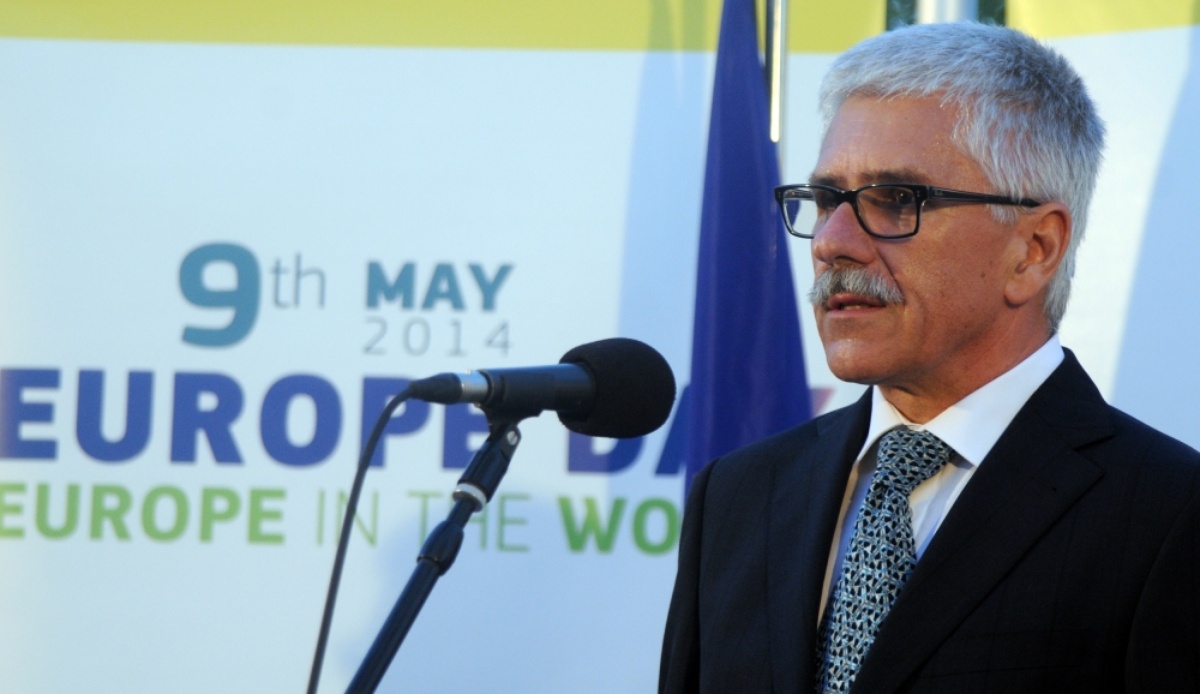 After the Vienna summit on the Western Balkans, Montenegrin Prime minister Milo Đukanović announced that the European Union was planning to allocate EUR 600 million to Western Balkan states, €45 million of which will be granted to Montenegro for two projects: one concerning electricity transfer, the other railroad transport. Mitja Drobnič, Head of the EU Delegation to Montenegro, talked to the European pulse about these projects, and about the timeframe and manner of their implementation.

“Before answering this specific question, allow me to emphasise that the €45 million represents the first step within the Western Balkan Investment Framework (WBIF) co-financing programme for 2015. So there is still a possibility for Montenegro to apply and receive funds for mature projects in the coming years” Drobnič said.

“The first investment will contribute to the establishment of a Western Balkans regional electricity market through the creation of a 400 kV transmission corridor between Montenegro, Serbia and BiH, which would then be connected to the EU via the ItalyMontenegro submarine cable, due to be completed in 2017. Through this project, Montenegrin power transmission system will be integrated into the wider European energy market. These investments will improve the quality and security of the electricity supply to Montenegro and the wider region. Citizens will have direct benefits reflected in the reduced transmission losses and additional electricity generators, potentially leading to lower electricity prices. In addition, power supply will be more secure and outages will be less likely”, said the EU representative in Montenegro.

He said that the second investment is an extension of the Orient/East-Med Corridor into the Western Balkans, which is approximately 580km long and runs from the Serbia-Romania border via Podgorica to Bar. ”Within the frameworkof this project, about 167km of electrified railway track between the Port of Bar and the Serbian border at Vrbnica will become fully functional, modern signalling will be placed on approximately 9km of railway line and 5.5km of bridges will be renovated. Hence, this project will enhance security and efficiency of rail transport for around 750 000 passengers using the Bar-Vrbnica railway route on an annual basis with travel time significantly reduced”, Drobnič clarified.

When asked if there are conditions to allocate those EU resources, such as, for instance, projects done by Montenegro and neighbouring states, determined routes or similar, Drobnič told that the projects to be co-financed under the connectivity agenda are determined in partnership with all states of the region.

The aim is that the investment takes place in parallel on both sides of the borders, so that, for instance, trains from Podgorica to Belgrade do not slow down after the border. There is a commitment from Western Balkan states to work simultaneously on the same networks. This is part of a global plan where priority infrastructure has been identified and decided at the regional level, while the implementation of specific projects takes place at national level”, Drobnič said.

He added that within this framework the governments of six Western Balkan states are expected to put in place credible sectoral strategies to support investment in transport and energy infrastructure, and to set up National Investment Committees that would prioritise strategic and viable investment projects.

Drobnič pointed out that this decision of the EU is important on many fronts both for Montenegro and the wider Western Balkan region. ”These projects involve building and connecting transport and energy infrastructure which is a driving force for economic growth and creation of jobs. This will also help attract investments and will create more opportunities not only for business, but for links between people across borders in the region and with the EU”, he told.

“The European Union has recognised the will of the leaders of six Western Balkan states when they met in Berlin last year, to bring a new dynamic spirit to regional cooperation. Bearing in mind that the improved connectivity both within the region and of the region with the EU is important for further economic development and building bridges among the Western Balkan peoples, the EU has placed connectivity very high on its agenda in the enlargement process, which was also stressed during the recently held Western Balkans Vienna Summit”, stressed the Head of the EU Delegation to Montenegro.