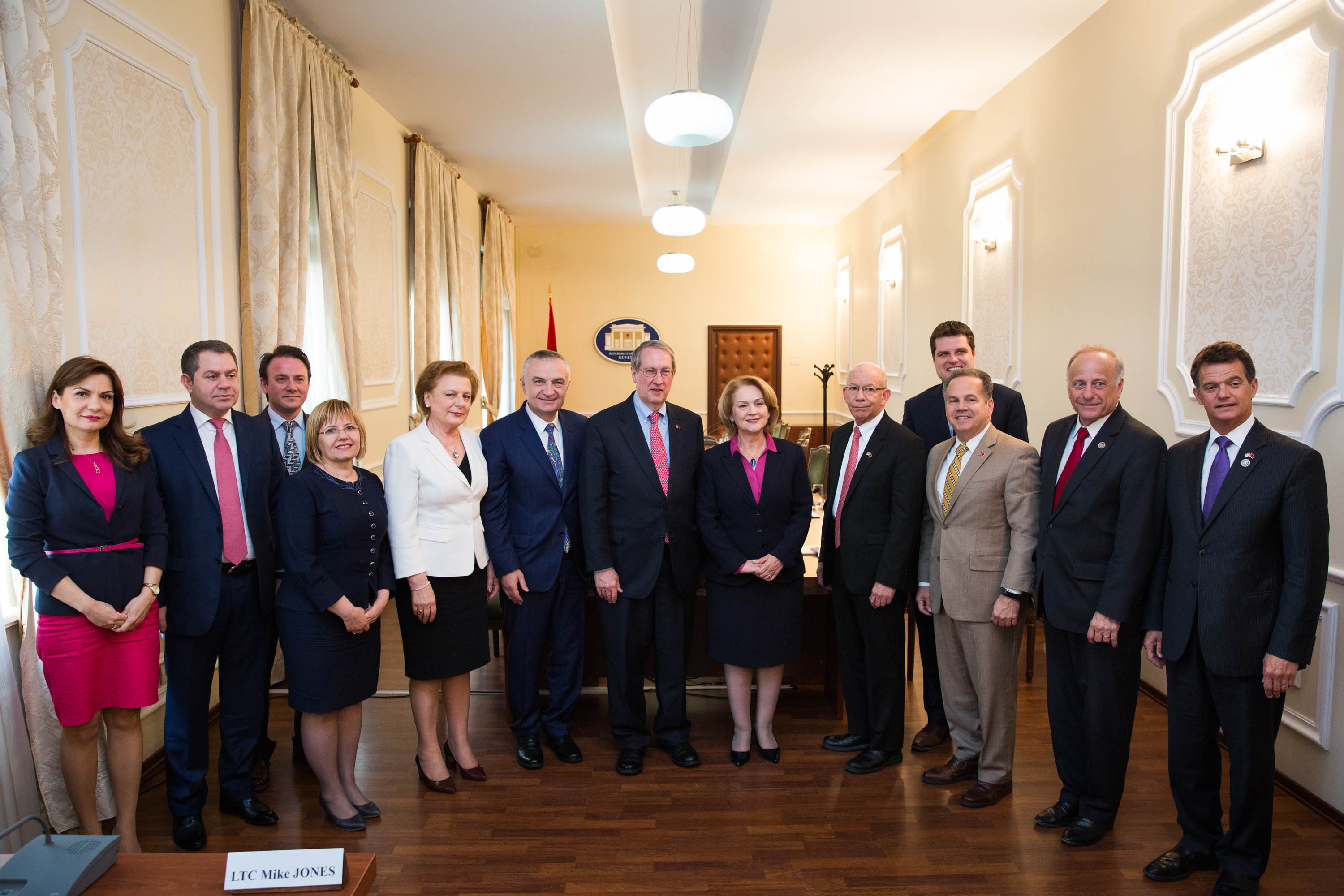 Welcoming the members of the delegation, Parliament Speaker Meta emphasized the importance of deepening strategic partnership between Albania and the United States, and expressed gratitude for the U.S. continued support for strengthening democracy, the rule of law the fight against corruption and illicit narcotics trade.

Congressman Goodlatte praised the close inter-parliamentary exchanges between the two countries  and extended warmest greetings from the Speaker of the U.S. House of Representatives, Paul Ryan. He also congratulated Speaker Meta on his election as the next President of the Republic of Albania.

During the meeting, Meta and the U.S. Congressional delegation discussed the latest political developments in the country, mainly focusing on the next month’s parliamentary elections in Albania, ways to advance electoral reform, implementation of judicial reform, increasing defence budget spending as part of the country’s NATO commitment, and strengthening Albania’s rule of law and democratic credentials.

The two sides also discussed measures to boost fight against corruption and organized crime, with particular importance attached to the fight against illicit traffic in narcotic drugs and massive cannabis cultivation, a criminal activity linked to terrorism threat and the organized crime in whole region.

Focusing on the latest developments in the Balkans, the two delegations stressed the importance of strengthened partnership between Albania and the United States, underlining that Albania is a solid NATO partner with a significant role in advancing the Euro-Atlantic agenda in the neighbouring countries.

In this context, Parliament Speaker Meta noted that strengthening security and border control helps stability and climate of economic investment in the Balkan region, where the United States has long-term strategic interests.

Speaker of Parliament underlined that despite challenges, Albania is committed to its Euro-Atlantic agenda and the Albanian people felt grateful for the special friendship with the United States, which contributes to democratic development and strengthening peace and stability in the entire region.

Çavuşoğlu: Erdoğan to visit Montenegro by end of the year

Kasami: Hahn gave his support for forming a new government