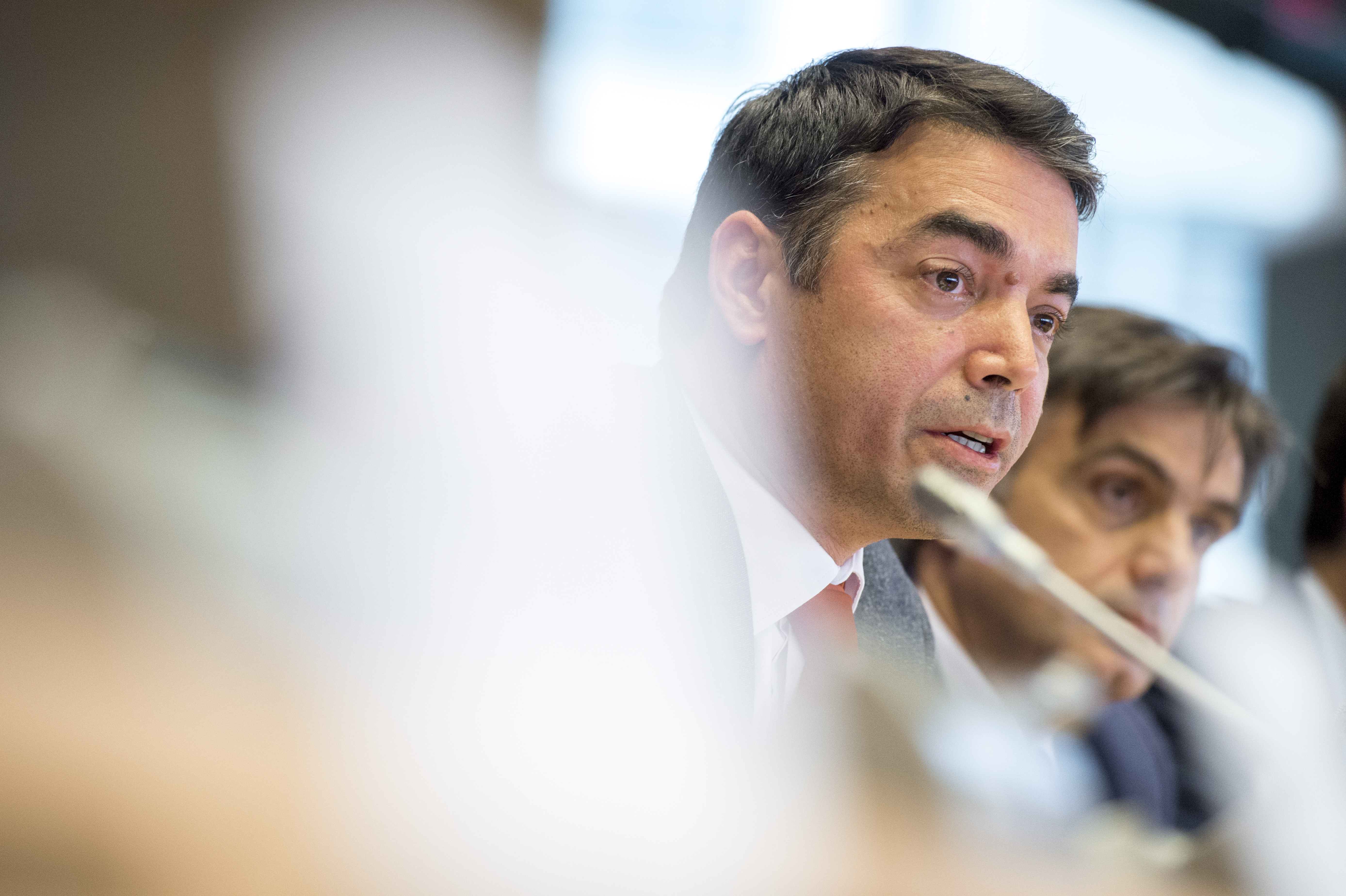 SKOPJE – Is the deal ideal? Of course not. But let’s not forget that every successful agreement must fulfill the most important interests of both parties.

This was written by Foreign Minister Nikola Dimitrov on his Facebook profile. He took to the social media page after the agreement reached with Greece.

“Have we done everything we can in the circumstances? Did we get the maximum, without endangering the deal? Absolutely and that’s why I will defend it with all my heart. Why did we push ourselves into this? So we can look in the mirror and tell ourselves we’ve done everything for a better future. We did it, to protect our identity and dignity, to sleep at eas, with a peaceful conscience”, wrote Dimitrov.

He added that “there is no greater responsibility than facing ones biggest problem, a problem that has obstructed our future for decades, which pulls us down like a stone tied to the statehood in the stormy waters of the Balkans.”

“It is a responsibility to create a chance, to offer the citizens a choice. For the people, it is more important than any political calculations, even if it means political self-sacrifice. The proposed solution puts an end to all challenges and questions of identity i.e Macedonians, the Macedonian people, and the Macedonian language. It provides us with a European future and security with NATO”, added Dimitrov.

Today, Mr Dimitrov travels to Berlin, and said, “let me tell them that in Macedonia we have an opportunity for historical success. This success needs to be supported with the start of negotiations for EU membership and NATO membership. ”