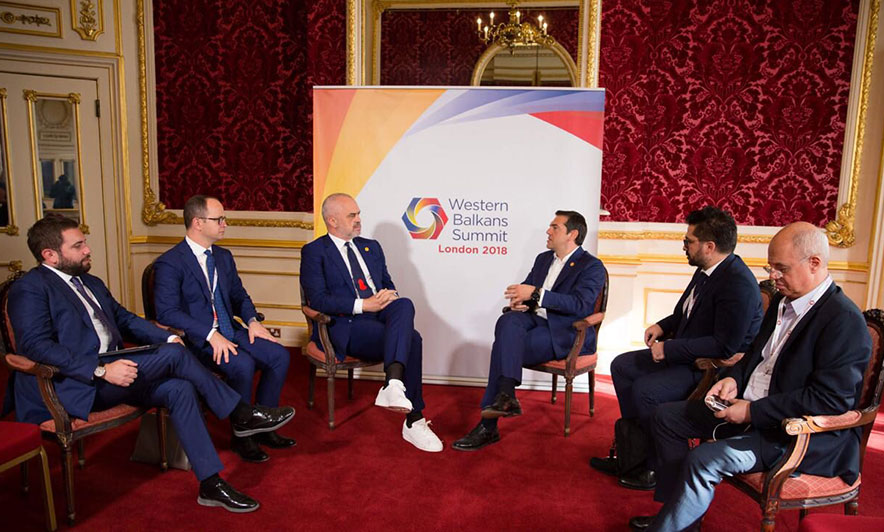 LONDON – During the meeting between the Albanian Prime Minister Edi Rama and his Greek counterpart Aleksis Tsipras held at the London Summit, it was agreed that a positive solution could be soon obtained between Albania and Greece.

Albania’s Minister for Europe and Foreign Affairs, Ditmir Bushati, highlighted the importance of the sea delimitation deal between the two countries.

“We have taken steady steps forward in the talks on a new agreement on sea delimitation, an agreement based on the principles of international public law in the field of sea, on top of all a new agreement which would be equitable and applicable for both our countries”, said Bushati.

“It is an easy process, but has met with political resistance from both parties, be in Albania or in Greece, yet we believe that with determination and clear political will we will come up with a concrete outcome in a near future, either for this agreement or the other elements of the package at issue with Greece”, he added.

Regarding the meeting at the London Summit, the two Prime Ministers held discussions on the negotiations involving a large number of issues being addressed by the Foreign Ministers as well as both leaders praised the achievements made so far.