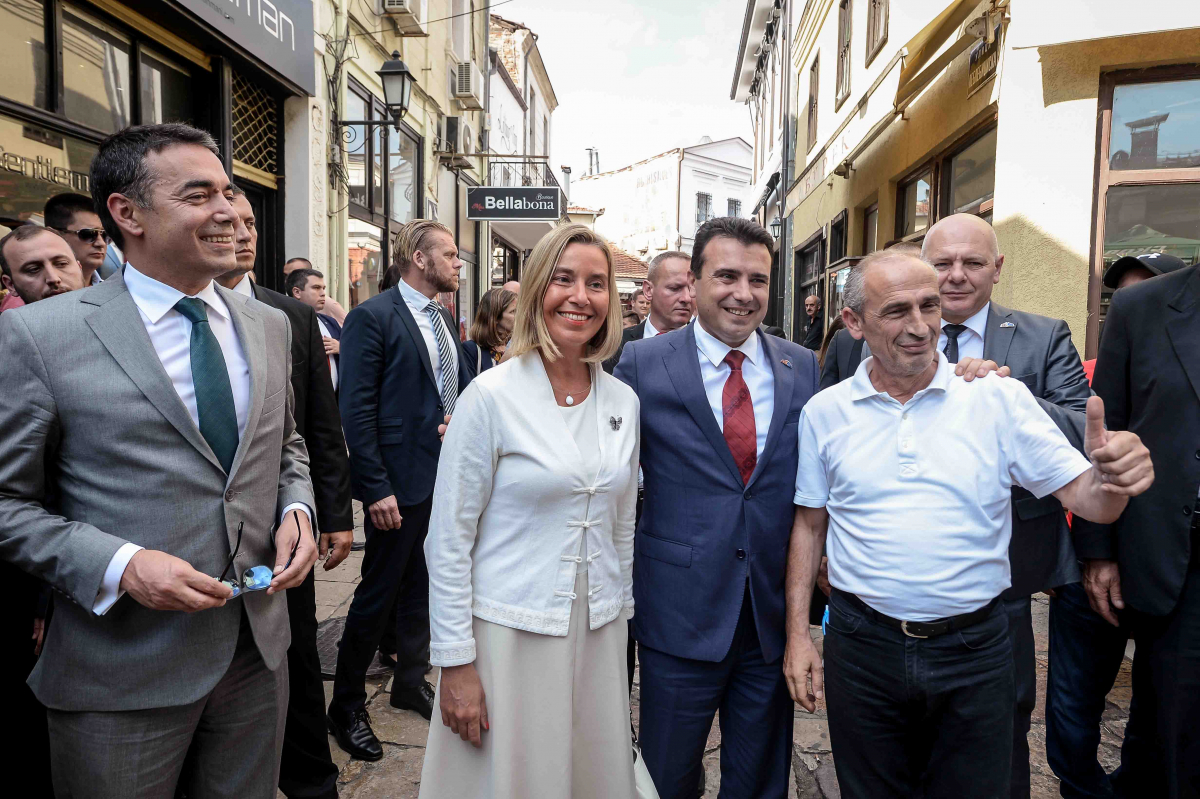 SKOPJE – High Representative of EU for Foreign Affairs and Security Policy Federica Mogherini urged today in Skopje Macedonia’s citizens to take part in the referendum on name agreement with Greece, which could enable the former Yugoslav republic to join the Union and NATO.

Assistant Secretary of State for European and Eurasian Affairs Wess Mitchell also visited Skopje today. He stressed that United States strongly supports Prespan agreement and regard it as an opportunity for Macedonia to become 30th NATO member. He emphasised that the final decision is up to voters, MIA reports.

Mogherini stated that Macedonians “hold the key of the their country’s future” and that they should take part in the referendum on changing the name to “North Macedonia”.
“You cannot allow yourself to remain silent and miss an opportunity to express your opinion on what kind of future your country should have”, said Mogherini, adding that “the door of EU remain open for the citizens of Macedonia.
previous post