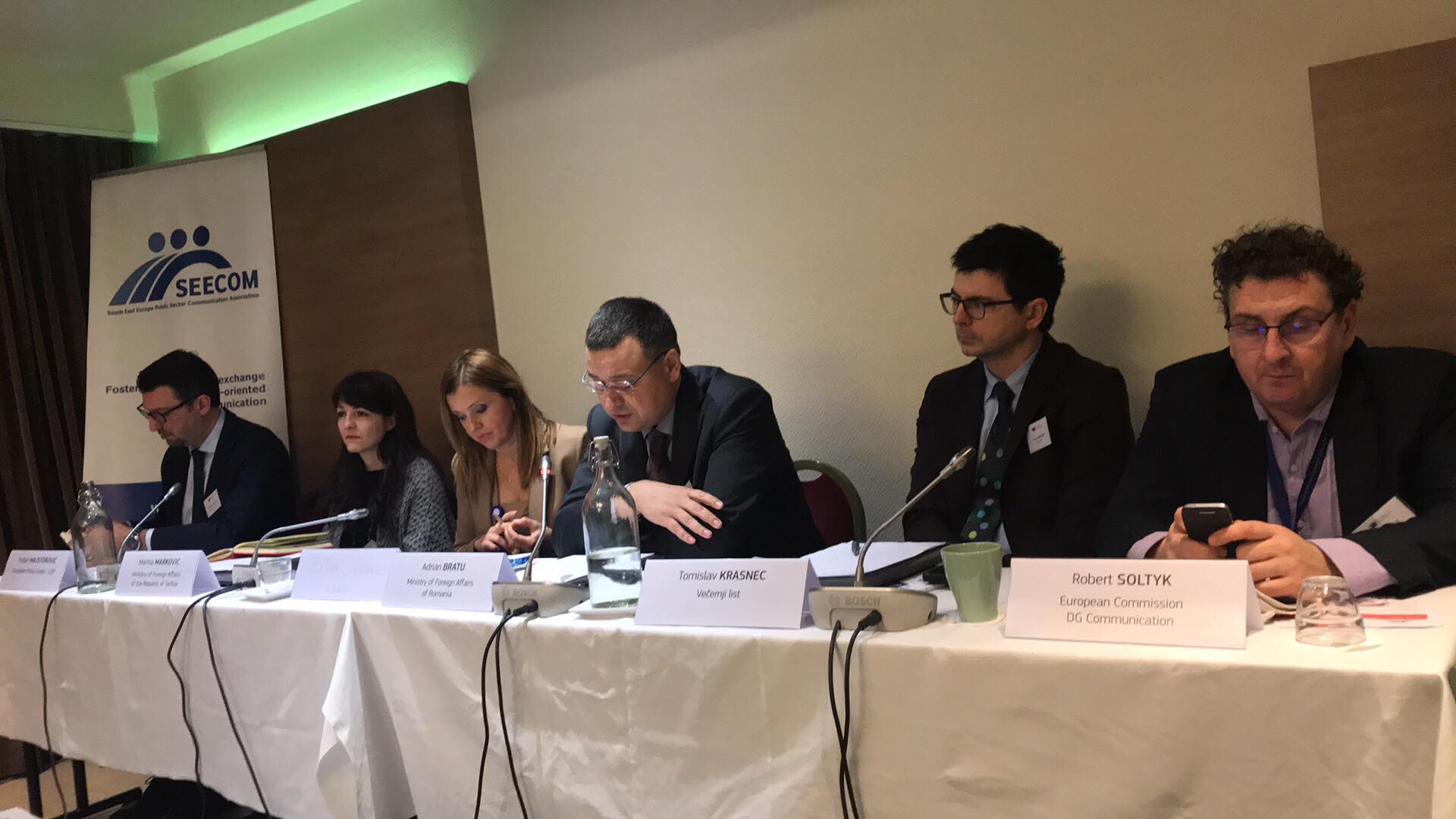 BRUSSELS – While the first part of the round table “Boosting public support for the European perspective of the Western Balkans”  focused on the EU-enthusiasm in the region, the second one tackled the issue of the (lack of) support in the EU member states, an equal, if not more difficult, problem.

“Credibility is a two-way street: success stories need to be reciprocated”, underlined Srđan Majstorović, Chairman the Governing Board at the European Policy Centre (CEP),
member of the Balkans in Europe Policy Advisory Group (BiEPAG), and one of the speakers at the panel.

He pointed at the examples of Macedonia and Kosovo, the countries that have achieved significant progress, and were still left without a “reward” – opening of negotiations for the former and visa liberalisation for the latter.

Founding values need to be rediscovered in the enlargement process, and every success, such as the Prespa Agreement between Macedonia and Greece, need to be weaponised, Majstorović stated.

He also stressed the importance of symbolism, explaining that the next Commission needs to have a Directorate for Enlargement and that the Western Balkan countries should be invited to the Future of Europe Summit in Sibiu.

Other participants also emphasised the importance of the Prespa Agreement, which should be used as an argument as much as possible. Both the quality and the quantity of the positive news coming from the region is important, it was added.

The issue of Brexit was also tackled. The issue needs to be overcome soon, and the Europe needs to redefine its future, the speakers agreed. Only then will the region be able to define its own future in the EU.

A significant problem is the fact that EU still sees the region as something foreign, while the Balkan countries do not regard themselves as having only the European future, but also European past and European present.

Both the region and the EU need to be completely honest and transparent about their shortcomings. In the end, it pays off, concluded one of the speakers.

Finally, the issue of budget was brought up. It was pointed out that the countries which are opposing the enlargement the most are the ones that are net contributors to the EU funds. They need to be reminded that the accession of new member states, as was the case with Central and Eastern Europe, will bring economic and political benefits to all sides, the panel concluded.

How electoral reform in Albania got complicated again