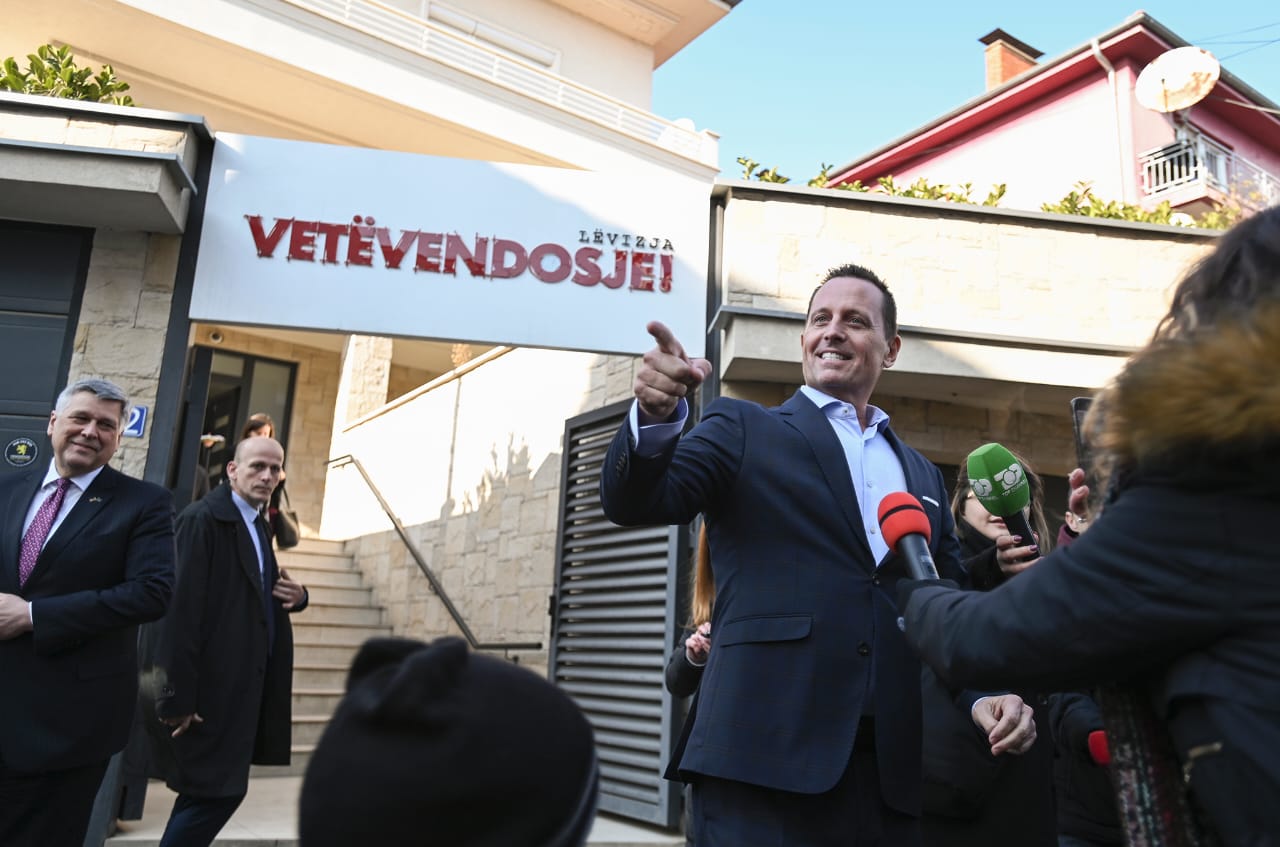 PRISTINA – Special Envoy of the United States for Peace Talks between Belgrade and Pristina Richard Grenell arrived in Kosovo yesterday, where he met with President Hashim Thaçi and leaders of the two biggest parliamentary parties, Albin Kurti and Isa Mustafa.

“We must make progress – which includes dropping the tariffs”, tweeted Grenell after meeting with the President of Kosovo, who described the talk as fruitful.

Thaçi in turn wrote on Twitter that he stressed the urgency of the resumption of dialogue with Belgrade in the meeting and said that the role of the President of the United States Donald Trump in reaching a final agreement is indispensable.

Tariffs were also one of the topics during Grenell’s meeting with Kurti and Mustafa on Thursday.

“I hope that we can reach a point at which the tariffs are abolished and (Serbian) campaign for revoking the recognition of Kosovo is suspended”, Grenell said after meeting with LDK leader.

He said that the question of government formation is “not for him”, adding that he discussed economic project with both leaders, KoSSev reports.

“Economic development and job creation should be the entire region’s priority”, Grenell tweeted.

He also commented on the letters of intent to establish Belgrade-Pristina air link, signed earlier this week in Berlin, stating that it was the demand of “Kosovo business community”.

European Parliament Rapporteur for Kosovo Viola von Cramon Taubadel, who was also in Pristina at the time of Grenell’s visit, tweeted that “nothing is clear in Pristina” about the deal and asked Grenell who the representatives of Kosovo were, since the government is not formed yet.

Grenell will also visit Belgrade, where he will meet with President Aleksandar Vučić on Friday.

Fajon, Bilčik and Várhelyi to visit Serbia and Monenegro on 6 and 7 February

Grenell retweets Perdue: US should reconsider its presence if Kosovo is not fully commited to peace

Van der Bellen: Any peaceful solution for Kosovo should be considered