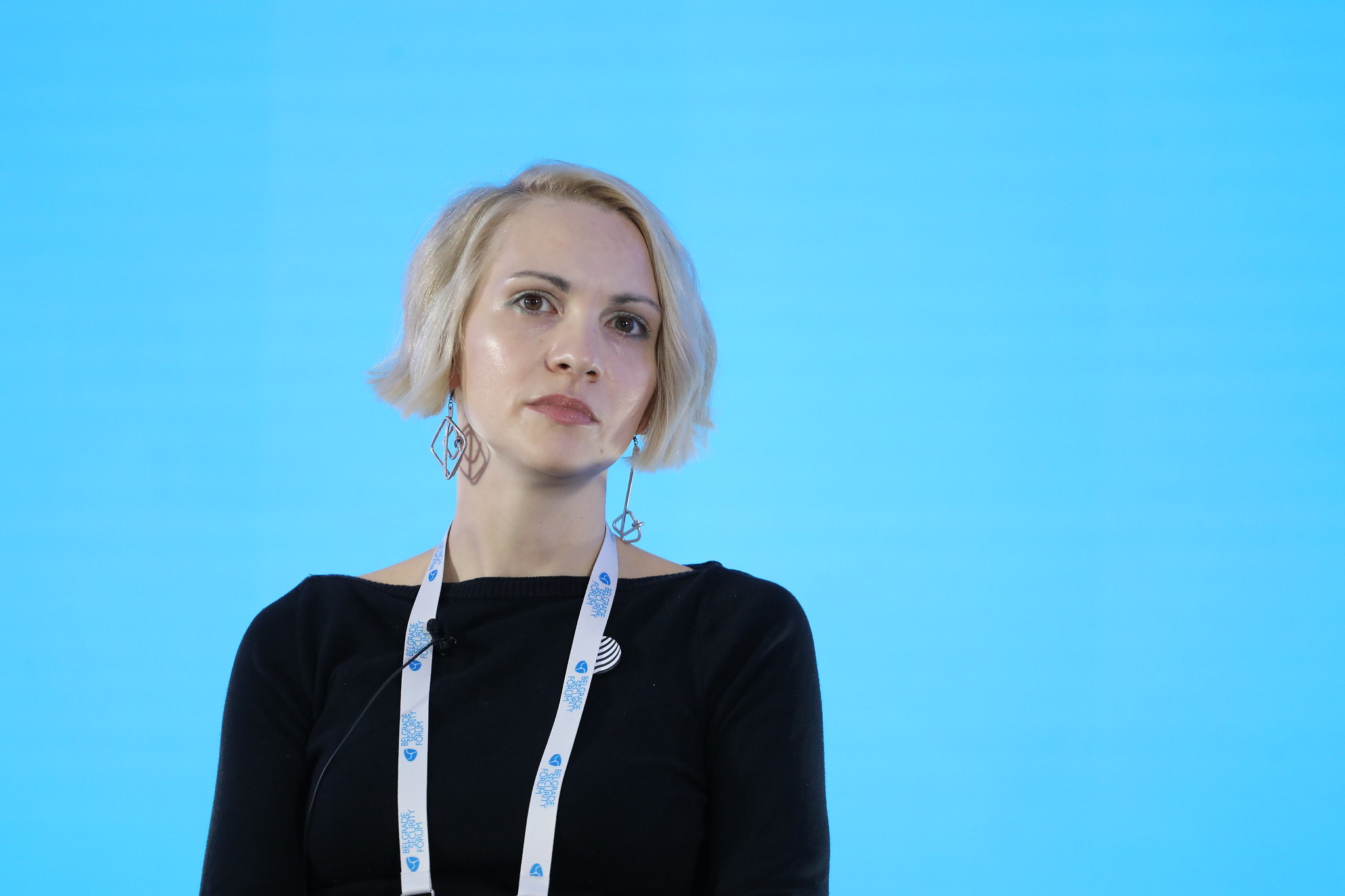 Societies of the Western Balkans are fragile and prone to corruption, which makes the citizens distrustful of institutions. In those conditions, civic activism is on the rise, especially the one focusing on environmental issues. However, the movements which decide to transition to political parties often face unfavourable democratic circumstances, assesses Jelena Vasiljević, Senior Research Associate at the Institute for Philosophy and Social Theory and Member of Balkans in Europe Policy Advisory Group (BiEPAG).

We interviewed Ms Vasiljević on the sidelines of this years Belgrade Security Forum, at which she was one of the panelists on the topic of civic activism.

European Western Balkans: What are the threads when it comes to the civic initiatives in the Western Balkans in the past few years? Are they growing in number and influence?

They are mostly concerned with the issues of urban and especially environmental commons. Some of them are also concerned with socio-economic issues and we have, for example in Serbia, several smaller initiatives which are very much active around the issues of home evictions. There are also initiatives such as “Solidarna kuhinja”, which is helping the poor and preparing food for them, but they also have a very clear social agenda.

I think that it all started in the region with right to the city movements that later evolved to “Zagreb je naš” and “Možemo” and also “Ne da(vi)mo Beograd” which started as a protest movement against an urban rejuvenation project. So, I think that all these issues are interconnected: struggle against corruption, struggle to preserve urban commons and environmental commons and the struggle for socio-economic issues.

EWB: Are these initiatives in any way different from their counterparts in the EU and other countries?

JV: Some of the issues are very similar, for instance right to the city movement is a global phenomenon, in a way. People are protesting the privatisation of urban and public spaces. Environmental issues are also popular, we see echoes of global environmental movements. There is a global zeitgeist to it, but we also have local flavors. For instance, throughout the region there are protests against small hydro-power plants because in the Balkans there are many mountain rivers, and they are the places where the investors want to build small hydro-power plants. I think that this is a protest initiative that is common to the whole region and many of these initiatives work together.

Also, our societies are much more fragile and prone to corruption and to unaccountable governance, and all of this makes the citizens not trusting their institutions and then turning towards social activism. It is the only social act available for standing up against these damaging initiatives.

EWB: You wrote about the case of a river near Rakita village and “Odbranimo reke Stare planine” (Defend the rivers of Stara planina mountain) last year, when its members damaged one of the pipes of a small hydro-power plant. This was a very visible result of their work. Would you say that these initiatives achieve this kind of results often enough for them to motivate the citizens who participate in such activities?

JV: It is hard to tell. If you take the example of the initiatives such as “Krov nad glavom”, which fights home evictions, they managed to stop some evictions, but most of them they didn’t. Still, it gave hope, because the people evicted from their homes find some solidarity within these movements and people kind of gather together and it is a joint action. So, even when they don’t succeed, even when they do not make a tangible result, they still experience this feeling of togetherness and this feeling of “OK, but next time we will do it better”. In Rakita, citizens from all over Serbia came, citizens from different organisations and even political parties joined together. That display of togetherness is already a success and I think this gives hope to people, shows that we are not alone, that we can do something together and that we have something to aspire to in the future.

EWB: Most of these organisations are local in scope, they focus on local issues. Do you think that there is a potential for some of them to grow to a regional and even national level? Should these organisations actually aspire to such goals or should they remain focused on their local communities?

JV: We are already seeing the networking of the initiatives such as “Odbranimo r(ij)eke”, so environmental movements that are defending the rivers are already uniting throughout the region and they cooperate because they see that they are stronger this way and I think that there is a potential for cooperation. But also for some initiatives, in order to achieve a concrete impact and have a political effect, they have to focus on and address local institutions and then they necessarily remain local. But they nevertheless cooperate, and they also look at similar initiatives across the border, for their mistakes and failures but also for their strategies to inspire them. So, they do cooperate. Sometimes this cooperation is only on friendly basis, as a means of support, and sometimes it is very concrete, such in the case of the environmental movements.

EWB: One of the crucial questions for these organizations is whether they are eventually going to participate in elections. Do you think that these organisations can achieve a successful influence on the local institutions and national institutions in the long run without participating in the elections and going into politics in the classical sense?

JV: In this respect, we cannot really generalise social movements, because, for some of them, the goal is not to enter politics. Others would probably want to enter the institutions. Some of them will transform or are on the path on transforming into political parties, like “Ne da(vi)mo Beograd”. It depends on what is your goal. Some goals can be achieved by only activism, and I think that other goals are best achieved through institutions. There is no recipe, there is no rule that you should or should not become a political actor. I think it is all the matter of concrete situation and concrete goals.

EWB: And are there cases of civic initiatives achieving their goal and then disbanding? Are all organizations there for the long run?

JV: We will see that, it is hard to say, because, we are talking about a recent phenomenon. Of course, sometimes, there are some ad hoc civic initiatives that form only for a specific reason, to resolve a certain issue, and then they dissolve. But it is not a bad thing that they dissolve, just that they were never formal and never intended to form a formal structure, they were just there to resolve a certain issue, while other social initiatives are formed for a purpose for having and maintaining a longer impact. So, it really all depends. But, anyway, when this happens, even when they dissolve, it should not be seen as a sign of their failure or their fragility, it is a sign that they have different agendas.

EWB: You mentioned the transformation of organisations such as Možemo and Ne da(vi)mo Beograd into political parties. Since they were founded from grassroots movements, do you think will end up being traditional political parties or some new, different kind of parties?

JV: We’ll have to see. It will depend on the national context. Things like that did happen in the past, Syriza was a case in point. It really depends on social and national context. When you enter the institutions, you have to adapt to the system, because you cannot change it from the roots. With Možemo now we can see that they are running the city, but within limits that they found. Some of the things were already there and you cannot change that, you have to adapt to it.

I hope that these new movements will bring some new approach to politics and considering them as conventional political parties doesn’t mean that they have betrayed something. I can only believe that they will bring a new approach and a new political culture for the society.

EWB: That partially covers the final question, but can you give us your prediction of the developments of the civic initiatives in the Western Balkans in the next five years or so? Will their influence continue to grow in your view?

JV: That is a difficult question. I hope so. Unfortunately, that will not only depend on their capacity, it will also depend on the context. In Serbia, we do not really have good conditions for political actors to grow and also for the elections, because next elections will not be definitely fair and in good conditions, that is obviously the case. So, their prosperity and their development will obviously depend on their own capacities and their resources, but also on general circumstances, which are, I am afraid, not really favorable.