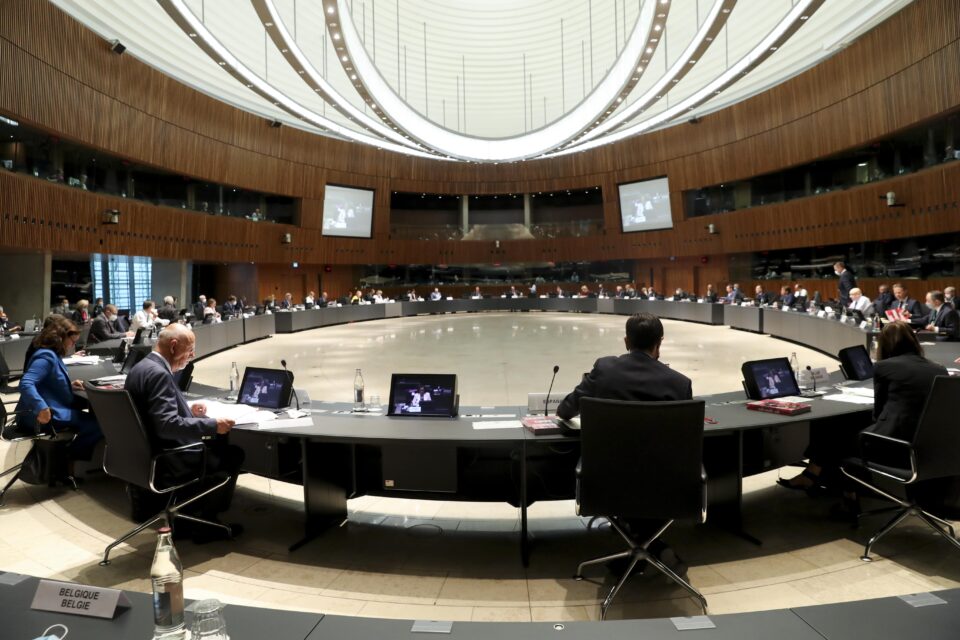 BRUSSELS – The Slovenian Presidency is making significant efforts to hold the first two intergovernmental conferences with North Macedonia and Albania during its Presidency and to start accession negotiations with these two countries at the earliest possible opportunity, it was said during the press conference after the regular session of the General Affairs Council.

Ministers took stock of the state of play and held an exchange of views on the enlargement. The presidency underlined the importance of furthering the enlargement process.

Following the EU-Western Balkans Summit on 6 October in Brdo pri Kranju and before the adoption of the conclusions of the General Affairs Council to take place in December, the ministers and state secretaries today discussed the enlargement, stabilization and association process.

They examined the possibilities to achieve further progress in the negotiation processes with the Western Balkan countries.

The Slovenian Presidency is making significant efforts to hold the first two intergovernmental conferences with North Macedonia and Albania during its Presidency and to start accession negotiations with these two countries at the earliest possible opportunity.

“It is our priority as a Presidency to try to bring the enlargement and stabilization and association process forward. The EU enlargement agenda is the key policy with transformative power in the Western Balkans. This is why the progress on the EU path must be unlocked,” underlined State Secretary Gašper Dovžan.

The exchange among ministers came after the Western Balkans Summit, the publication of the enlargement package by the Commission, and the discussions in the Foreign Affairs Council on the Western Balkans. The Council reached an agreement last semester on applying the enhanced enlargement methodology to Montenegro and Serbia.

The EU ministers agreed on Tuesday that Serbia had made some progress but did not support the opening of new clusters in its accession talks with the EU. The final decision could be made as early as next week.

Serbia is expected to open at least one cluster at an intergovernmental conference scheduled for mid-December.

„Many ministers agreed there has been some progress in Serbia, which was positive. But there were some interventions about steps Serbia has to take to open another cluster. Primarily regarding the Constitutional changes that will be voted on by the end of this month. But, we’ll see. The general atmosphere is positive, and there is a support,“ said Dovžan.

Belgrade’s authorities were optimistic, hoping to open at least one, if not two clusters, following the latest EC report on Serbia’s progress which they described as „the best si far.“

Some MEPs criticized the report for being too soft on Belgrade, primarily about the reforms in the rule of law, media freedom, and some environmentalist issues.

Policy Brief: Weak rule of law in the Western Balkans affects the quality of FDI